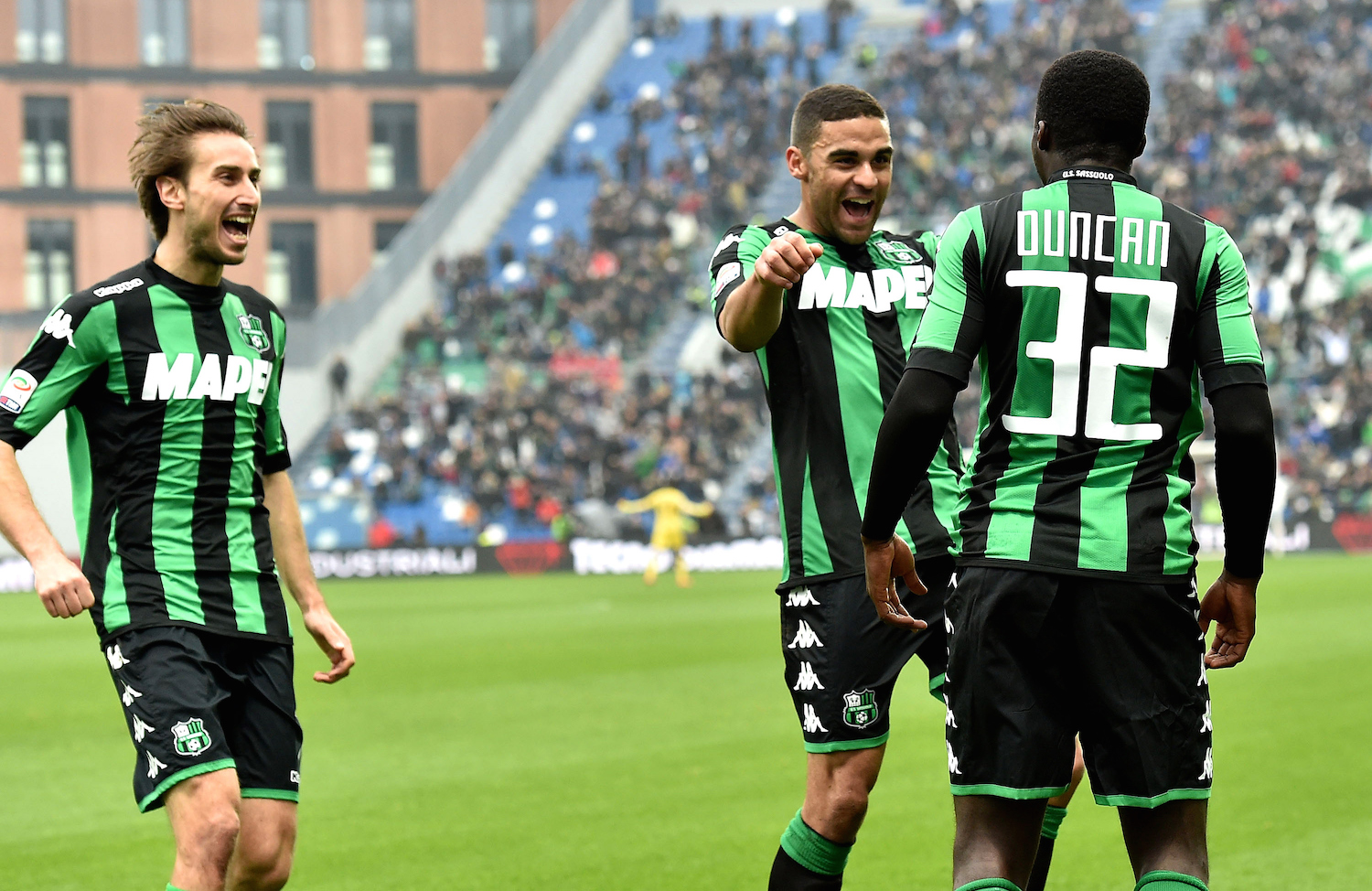 Sassuolo 2-0 Milan: Back to the drawing board

Milan slipped to their first defeat in 10 Serie A matches as they lost for the third consecutive time at the Mapei Stadium against Sassuolo.

The visitors began the game brightly, with a flurry of chances in the seventh minute. Bonaventura had a drive from just outside the area palmed to Honda, and the Japan international couldn’t scramble the loose ball home.

A minute later Carlos Bacca led the break for the Rossoneri, feeding Honda who again failed to beat Consigli in the Sassuolo goal.

Bacca then led another break in the ninth minute, though his curling effort was well blocked for a corner as Mihajlovic’s side dictated the early tempo.

Milan were made to pay for their wastefulness as Alfred Duncan gave the Neroverdi the lead in the 27th minute.

A Nicola Sansone corner to the edge of the box was flicked on by Domenico Berardi before Duncan charged through and rifled the ball into the top right corner past a helpless Donnarumma. 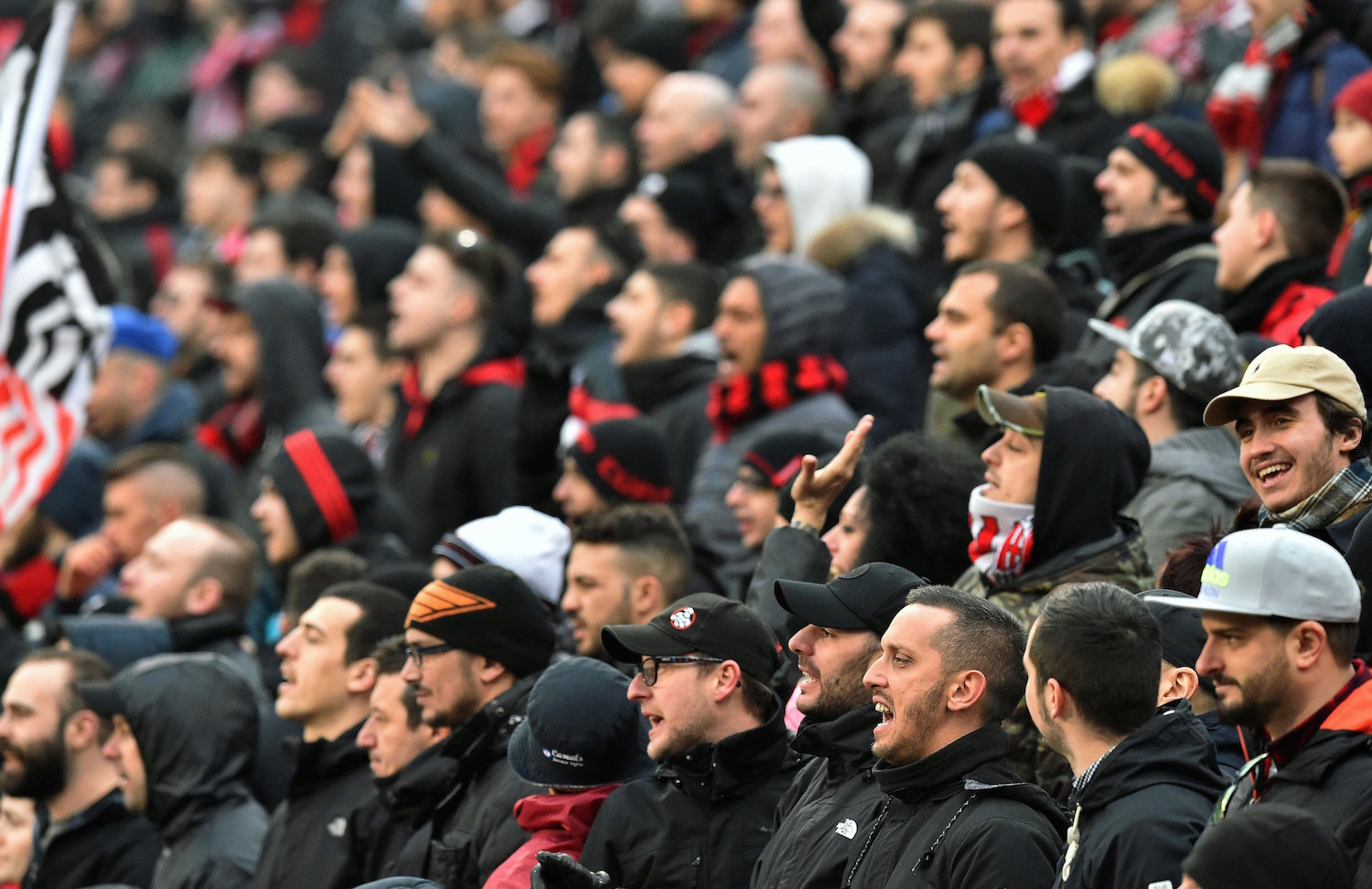 Into the second half, the signs were there that the game had gone sour for Milan.

Berardi made Donnarumma work hard to stop a curling shot from the edge of the box seven minutes into the second 45.

Mario Balotelli was withdrawn early in place of Jeremy Menez, with the Italian having very little impact in another under-par performance.

The away side really struggled to generate any clear cut chances with Sassuolo putting more and more numbers behind the ball, while still maintaining a threat on the break.

Sure enough, the second goal came for the hosts, and it was a deserved tally for Sansone.

Sime Vrsaljko got to the byline and directed the ball back to penalty spot where Sansone was there to fire past Donnarumma at the near post with a rasping first time shot. 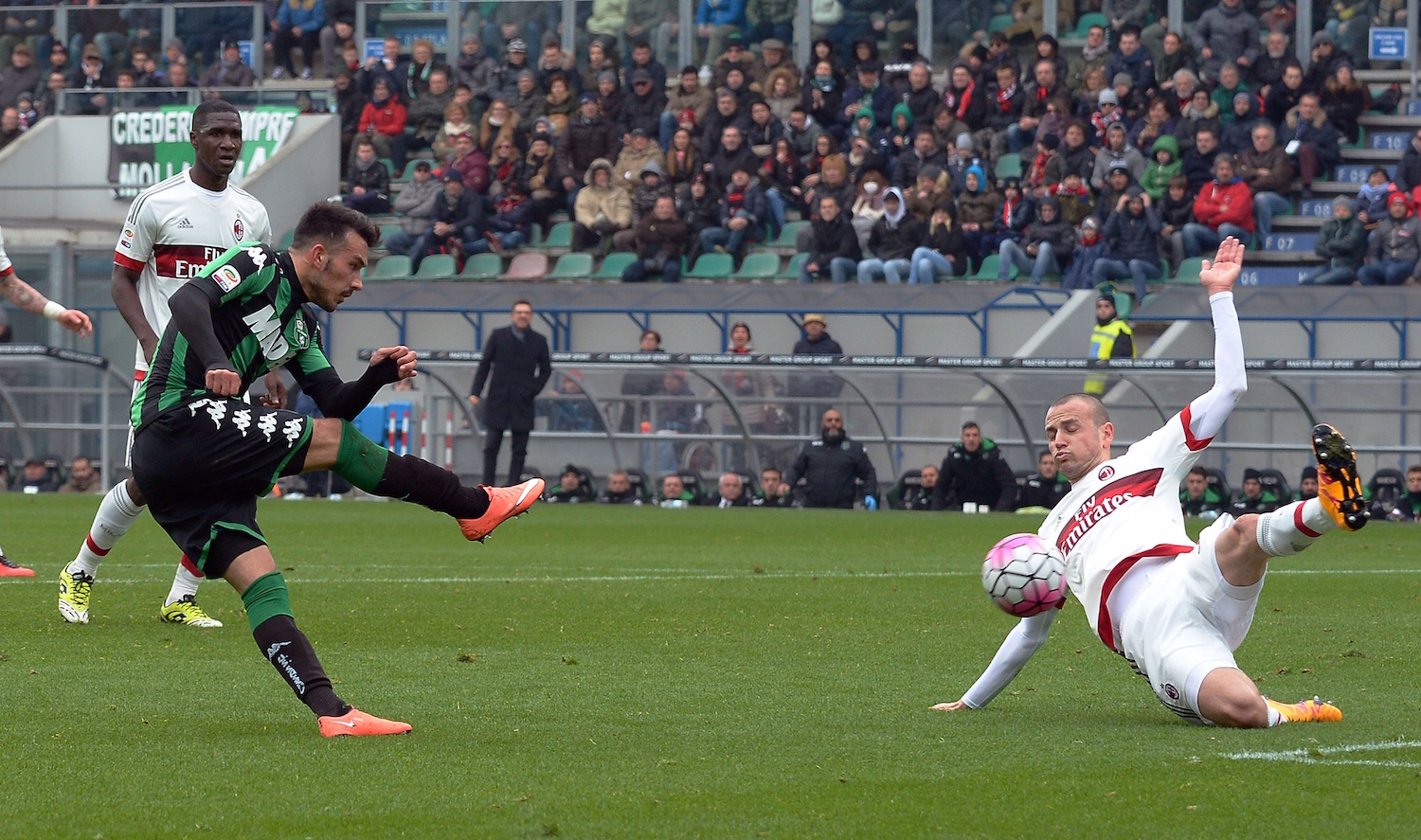 Sinisa Mihajlovic was also sent off after the goal, as he felt their was a foul on Bertolacci in the build up to the goal

Despite a red card for Sassuolo in the 76th minute, with Defrel picking up a second yellow card, Milan couldn’t muster a response and limped to a 2-0 loss.

There is a sense of back to square one for the red-and-black, who stay in sixth place but miss the chance to go above Inter.

The home side meanwhile cut the gap between themselves and Milan to just three points, though they travel to Juventus Stadium in their next match.