The last five season for i Rossoneri have been filled with ups and downs, and more of the latter than the former. However, in contrast this has been Milan’s best season in recent years, yet still filled with disappointments.

When Milan entered the pitch from the tunnel on matchday 20, there was a sense of optimism at the San Siro after Montella and his men had avoided defeat across the last five in all competitions.

That optimism was quickly diminished though, as Insigne and Callejon had the Neapolitans ahead after less then five minutes. Just a few minutes later, it could and really should have been more for Sarri’s men as Mertens spurned a fantastic opportunity.

Speaking of missing great chances, Gomez had only himself to blame when he couldn’t find the back of the net from a free header, however just a few minutes later, Juraj Kucka capatlized on a defensive lapse from the San Paolo outfit to halve the deficit.

Mario Pasalic came tantalizingly close when his header bounced back off the crossbar and denied Montella’s men an equalizer. Milan were almost made to pay for their spurned chances, not once, but twice by Napoli native Lorenzo Insigne. The dynamic winger had his free-kick sail just centimeters over the bar and then, after a great bit of individual skill, tried to lob Napoli-born Donnarumma from midfield.

Donnarumma was then forced into two great saves to deny Mertens a goal that surely would’ve put the match to bed. The young ‘keeper nearly scored the equalizer deep into stoppage time with a header from a Suso dead ball, yet it wasn’t to be.

Milan were penalised for their slow start and that sparked a run of four successive defeats, and was the second match of three in a row that Milan went two goals down in. 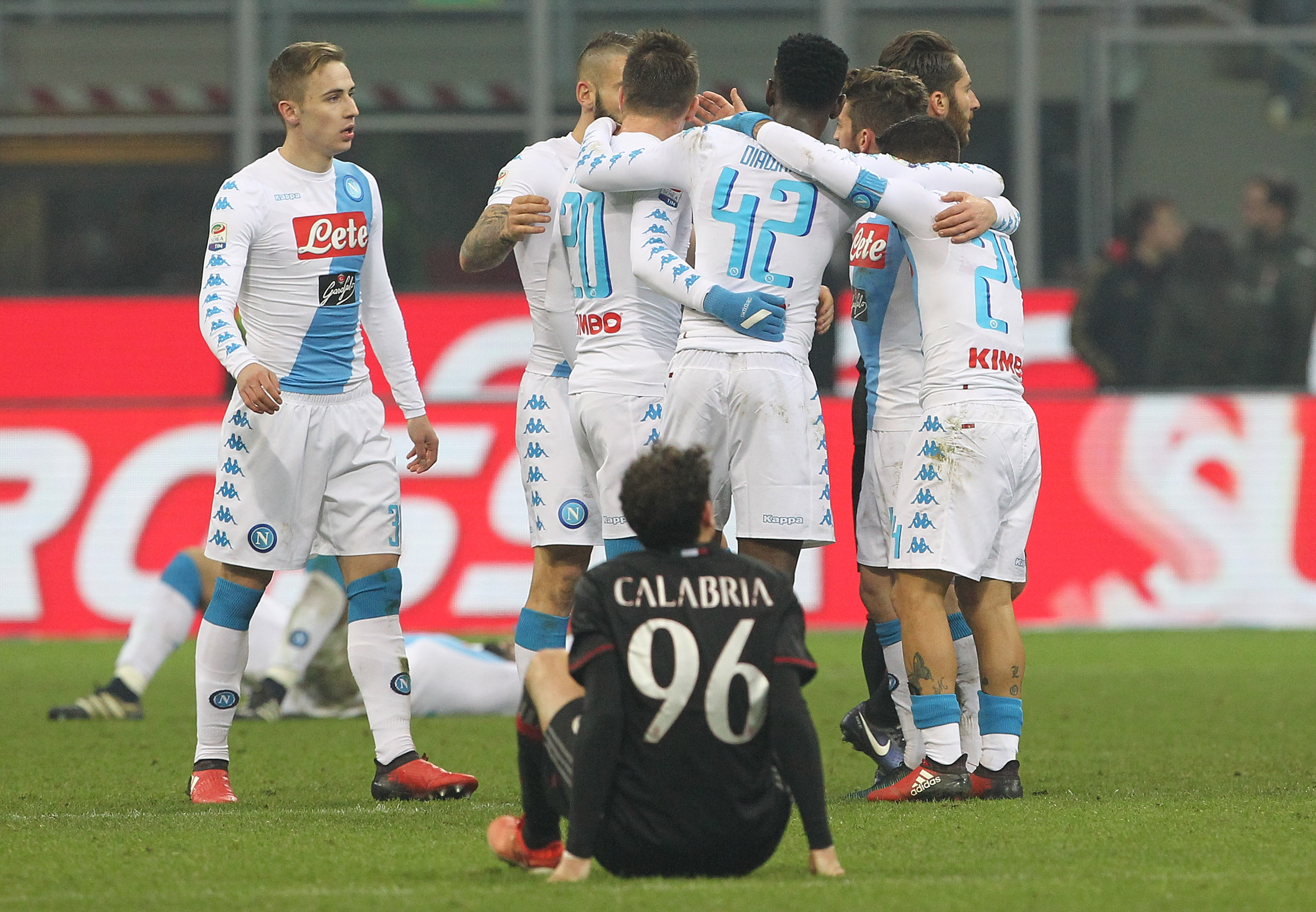 In the third match of the season, a free scoring Milan team were expected to dispose easily of an Udinese team that had struggled to start the season. Capital club Roma pounced on il Zebrette 4-0 while second tier Spezia had knocked them out of the Coppa Italia at the first hurdle.

Yet, that was not the case; a dull game saw Milan fall behind in the 88th minute to substitute Perica.

Sosa had the best opportunity of the first half as his volley rocketed back off the crossbar, and had Karnizes in-goal for the visitors beaten.

Following the shock victory at the San Siro the teams forms where almost polar opposites. Milan went on a six match unbeaten run, including beating Juventus and a 4-3 come-from-behind victory against Sassuolo which you can see in the opposite of this article here. Then, on the other hand, Udinese fell to five consecutive games without a win, amassing just one point. 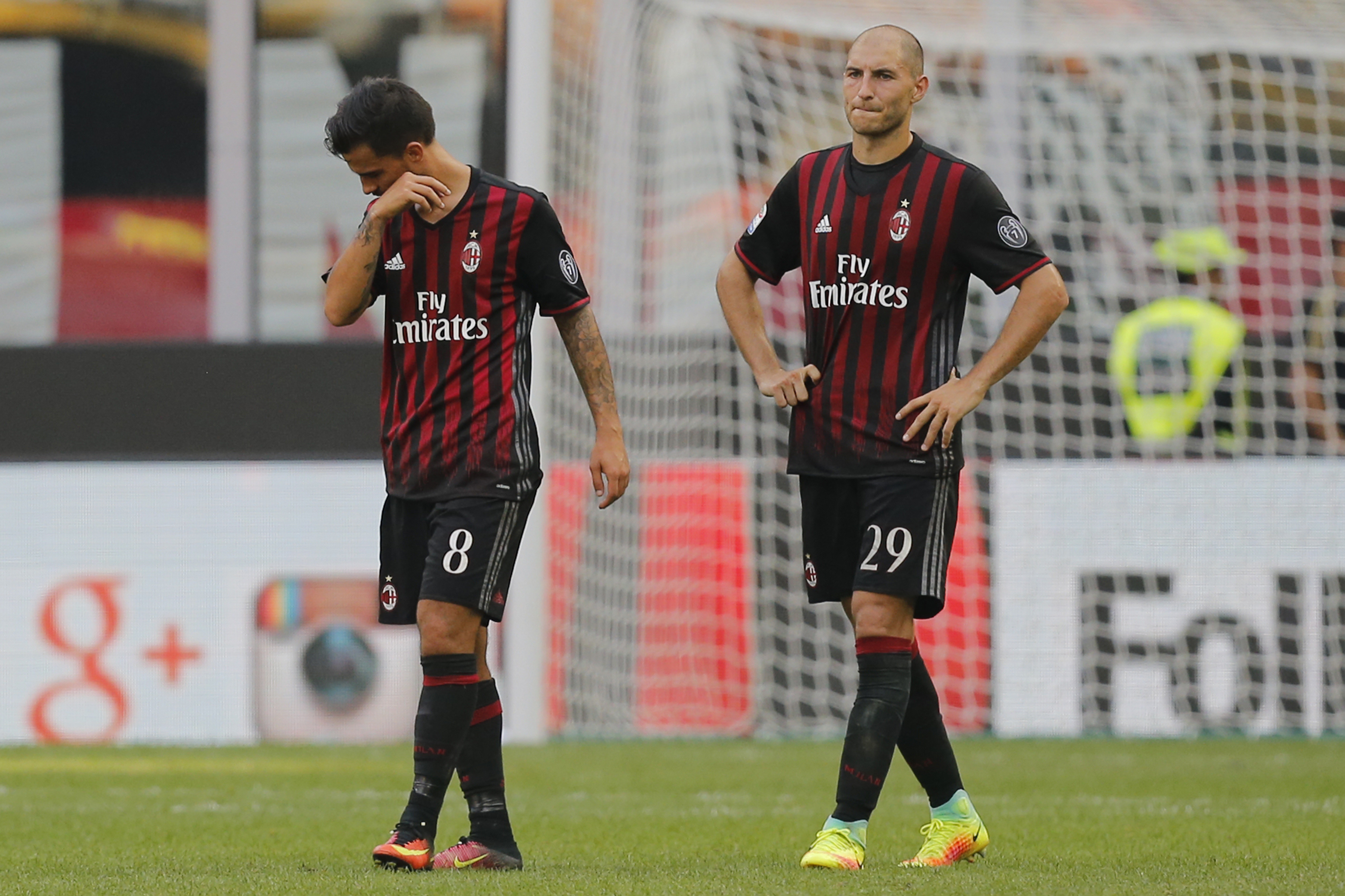 This match is one of the most embarrassing in recent years for Milan. The defeat wasn’t just against an Empoli team that would get relegated, but was a match that could and probably could have cost il diavolo their European place this season.

Even before the match started, we knew it would be full of world-class goalkeeping as two of the leagues best goalkeepers in Donnarumma and Skorupski.

Mchedlidze gave Empoli the lead just before the break with a header off of a corner after he beat his marker.

The only goalkeeping error in the match was from Empoli’s Polish shot stopper, after denying Lapadula the keeper brought down Pasalic inside the box as he tried to reclaim the ball. So, Suso would be the man to take on the responsibility. But, the Spaniard was not up to the task as he saw his penalty, which was put down the middle, saved.

The ball did not want to go in for Milan, and during their best part of the match, Empoli doubled their lead through Thiam, who scored his first goal of the season.

Lapadula halved the score with a well angled shot from just inside the box, which left Milan with 27 minutes left to get something from the match. In the final minutes, Donnarumma denied former Rossoneri academy product Maccaronne from scoring against his favorite victims.

That nearly set up Milan for the equalizer, but for Skourpski’s heroics, Empoli escaped the San Siro with three points after a fantastic save on a Paletta before Ocampos hit the crossbar right after that save from the Polish international. 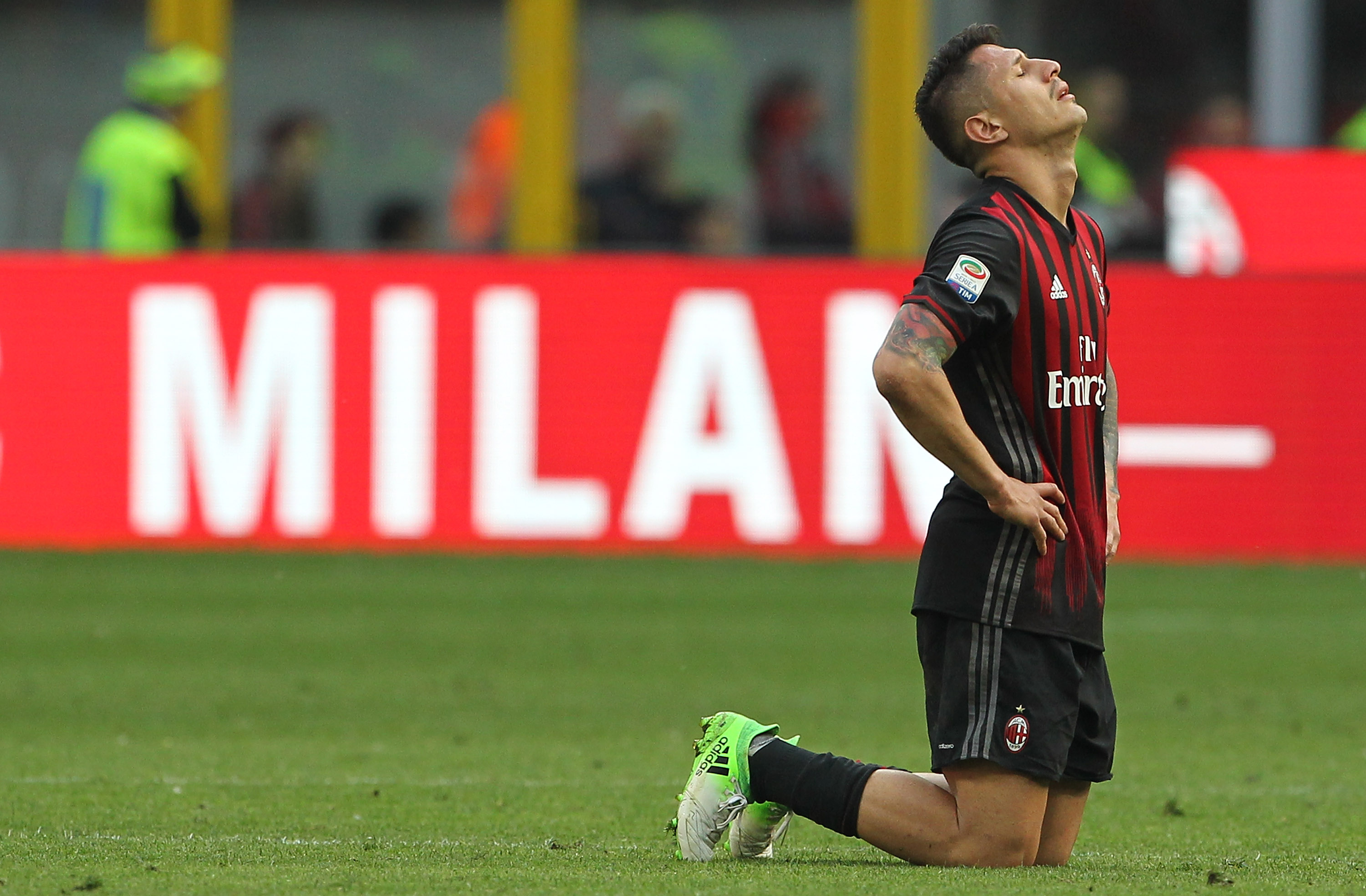 The joint biggest defeat this season for Milan. Following three consecutive wins and six unbeaten matches on the trot, Montella rotated the team for this Tuesday night match following the victory over Juventus at the weekend.

Serbian Ninkovic scored his first career goal to give the hosts the lead with the first action of the match on the 11th minute mark.

The match went from bad to worse for Milan when Paletta was sent off in the 56th minute follwoing a rash challange that was fully deserved of the sending off. It was his second red of the season at the time, and he finished the season with five red cards, including Paletta leaving the pitch on both the opening and closing matches of the season.

The match just was not Milan’s when Kucka scored an own goal in the 80th minute to all but confirm the three points for the hosts. Yet, it got even worse. Four minutes from time, Pavoletti made it 3-0.

It didn’t affect Montella’s side though, as they went on to win four of their next five, only dropping points to a last-minute derby equaliser. 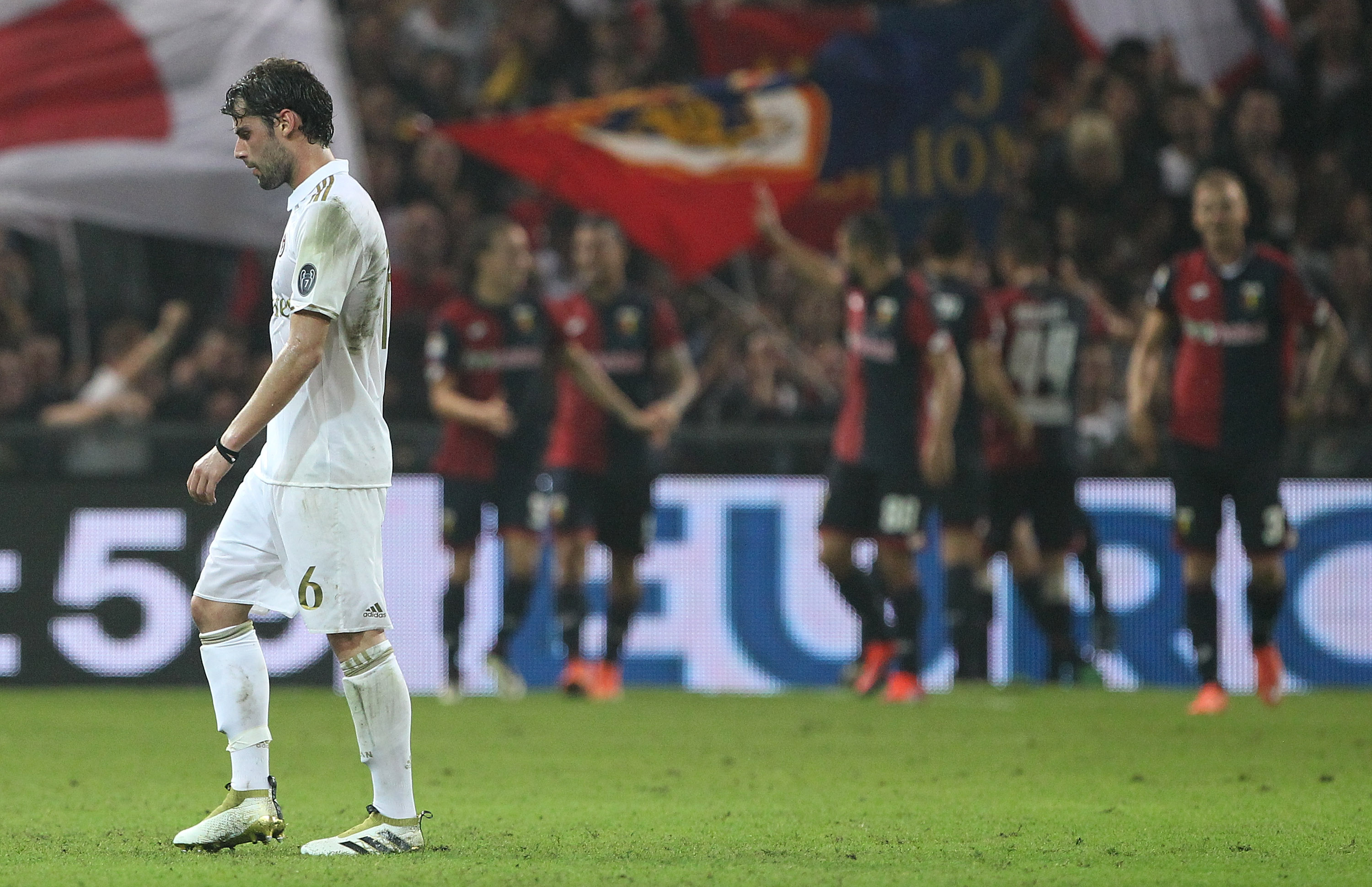 Where do we begin with this? Edin Dzeko opened the scoring with virtually the first chance of the match as he rifled home from outside the box into the top corner, leaving Donnarumma with no chance.

A few minutes later it was nearly 2-0, but Donnarumma produced an absolutely world-class save with his finger tips to push it onto the upright.

Just before Dzeko headed home from a corner, it was Jose Sosa who’s effort from distance that stung the gloves of Roma’s Polish goalkeeper.

Donnarumma yet again had to make a fantastic save on Radja Nianggolan’s low effort to divert it around the post. And, when Pasalic headed home with just under 15 minutes to play, hope was restored to the San Siro faithful.

However, that hope was dejected from the stadium two minutes later as former Milan man Stefan El Shaarawy produced a stunner that left Donnarumma with absolutely no chance, yet again.

De Rossi completed the rout for the capital outfit in the 87th minute from the penalty spot after Paletta fouled Salah in the area as the last man. Which would be his fourth sending off of the season and second direct one. Gigio nearly saved De Rossi’s penalty, but it was just one of those days. 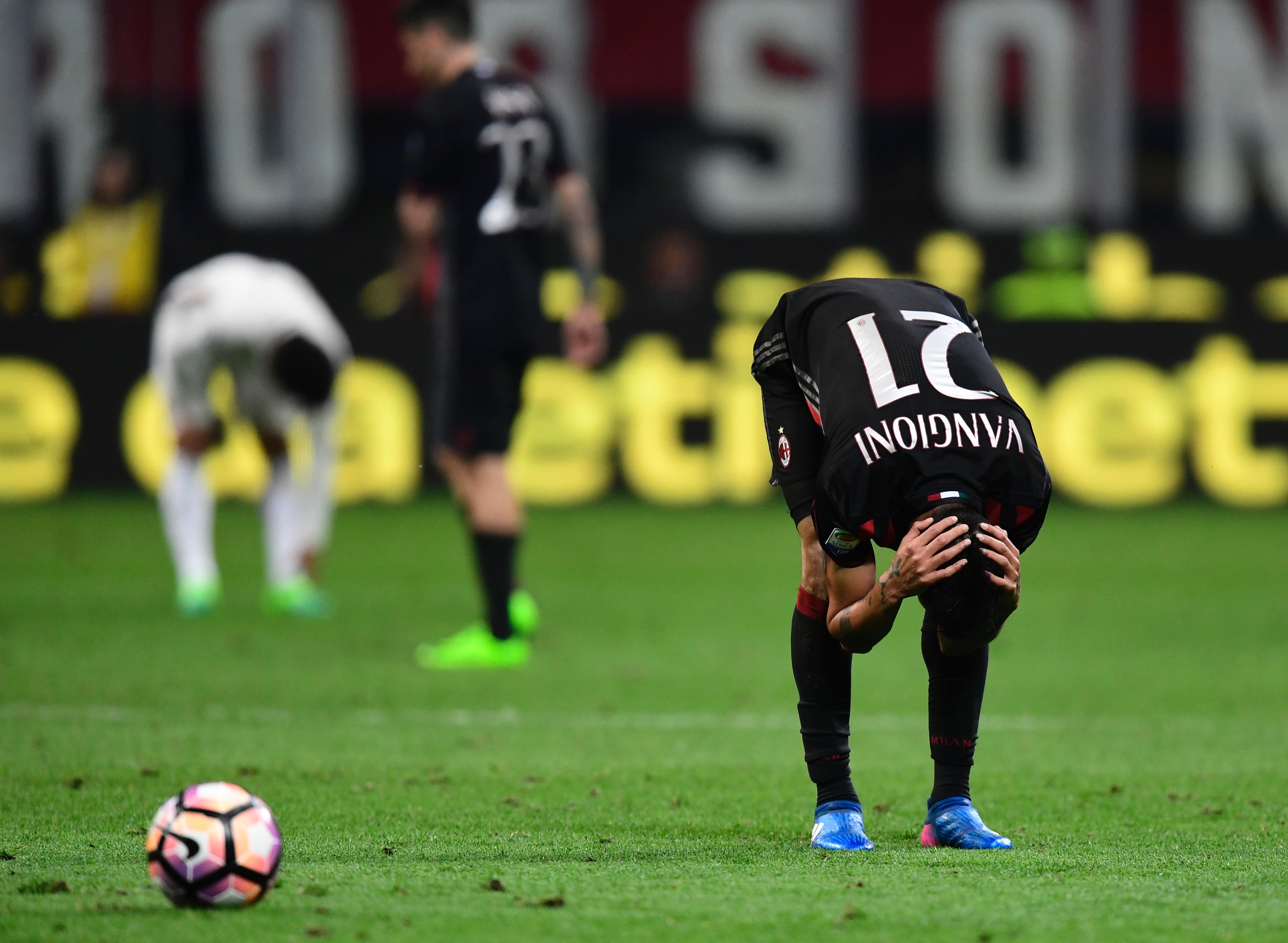