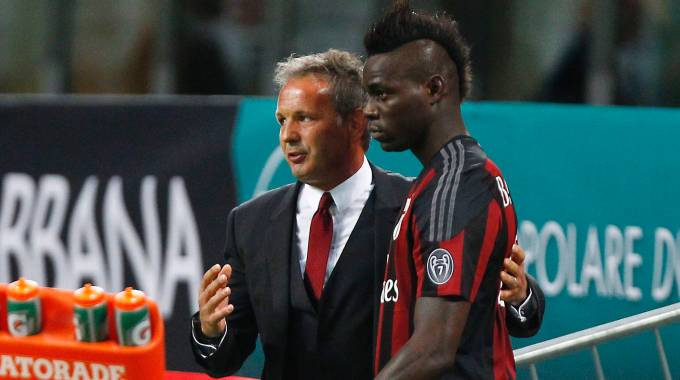 Sinisa Mihajlovic was “half-satisfied” with “i Rossoneri” 1-0 victory over Alessandria in the first leg of the Coppa Italia semifinal, and excluded Mario Balotelli from Sundays  Derby della Madonnina.

Super Mario scored the only goal in the first leg of the semi-final at the Stadio Olimpico di Torino, scoring a penalty.

“I am half-satisfied. We had to win and we did just that, but we could’ve sealed the tie already.” He told Rai Sport.

“We wasted some shocking chances. Alessandria eliminated Palermo, Genoa and Spezia so far, so we should’ve tried to cut off their hopes from the first leg, but we wasted too many chances that seemed easier to score than to miss.”

“The positive thing is that we got some playing time in the legs of those who haven’t had much of a chance. From tomorrow we’ll start thinking about the derby with Inter.”

The Derby della Madonnina is on Sunday night, at 20:45 CET, but Mihajlovic revealed Balotelli won’t play against his ex-team.

“Mario was never condition to play a derby. He must improve his fitness levels, because he has been out for a long time. We will use the best available team.”

The Serbian then spoke on Balotelli not celebrating his goal:

“Why didn’t he celebrate the goal? I’ve told him lots of times that football is joy and you have to celebrate when you score a goal. However, that’s the way he is and we must respect his sensibility on this issue.”

“It’s not very easy for players to do well when they haven’t played much football, but Andrea Poli and Jose Mauri had the right attitude.”

“For the transfer window, we have clear ideas and we know who will stay here. At the time, I said that Luiz Adriano’s transfer to China was advantageous for the player and the club, but obviously as a coach I am happy to have him back, as he has always behaved well.”