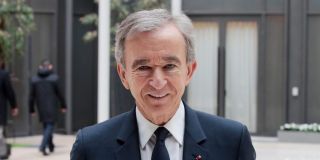 Just as all the speculation regarding a takeover bid had gone quiet, a sensational revelation from TV station 7Gold has arrived.

Despite the persistent denials that have officially come from the spokespeople of Bernard Arnault and his company LVMH (Louis Vuitton), there are those who are still convinced that Elliott Management are ready to sell to the Frenchman.

According to 7Gold ‘expert’ Fabio Santini (via MilanLive), Elliott have practically already sold to Arnault, who has a big project in mind for the future of the Rossoneri.

He claims that Arnault has put an offer on the table deemed satisfactory by Elliott and the Singer family, who are therefore ready to sell Milan after about two years of ownership.

The French tycoon’s project would be ‘sensational’: immediate investments on the market and the pursuit of top-level player. There are those who even whisper the name of Leo Messi who could leave Barcelona after 16 years.

Gianluigi Donnarumma will also be an integral part of the project. The goalkeeper could receive a tempting proposal for the renewal of the contract, so as to arm him and consider him a pillar moving forward.

We reported in January via sources from our correspondent Vito Angele that Arnault is closing in on the €1billion acquisition of the club, regardless of the various denials in the media which are likely linked to a Non-Disclosure Agreement.