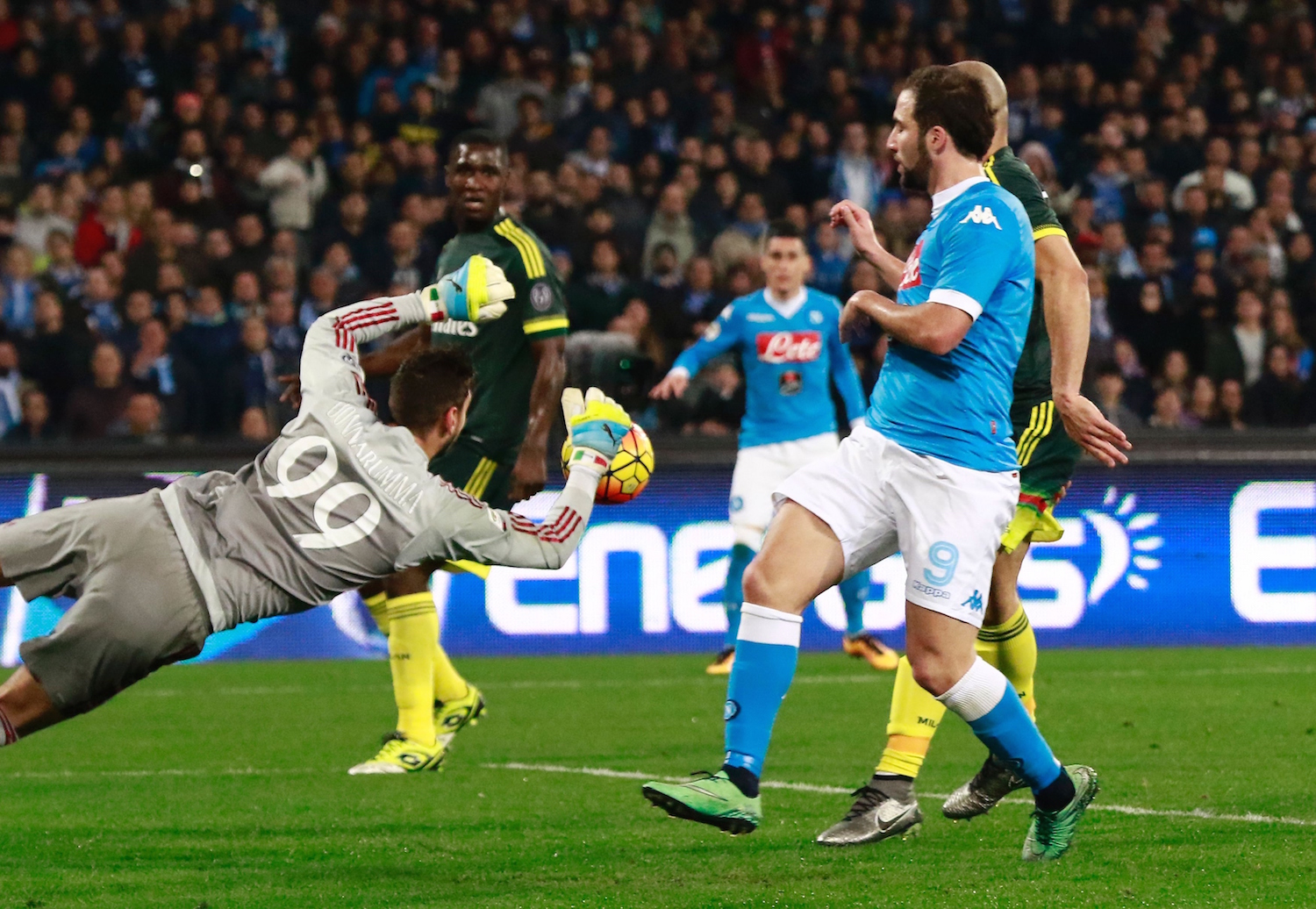 Milan’s teenage goalkeeping sensation Gianluigi Donnarumma was pleased with “an important point” against Napoli, the city of his birth.

The 16-year-old was born in the region of Naples. He had his first match at the Stadio San Paolo with his family in the crowed to cheer him on.

“Playing here was an indescribable feeling. It is a fantastic stadium with great fans. It was an important match and we were able to get a good result,” he told Mediaset Premium.

“We came here to play our game, the important thing was not to lose and we picked up an important point for the Champions League race.”

“I could have done more on the [Napoli] goal, but fortunately we equalized right afterward.”

Donnarumma thanked his opposite number, Pepe Reina for his pre-match presser.

“I thank [Napoli goalkeeper] Pepe Reina, I heard his interview before the game and he complimented me. He is an amazing goalkeeper.”