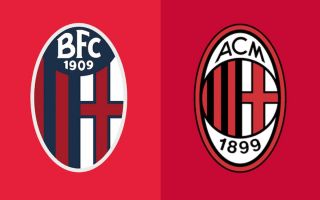 A 19-year run and Ibra’s precedent: All the key stats ahead of Bologna vs. Milan

AC Milan will be looking to return to winning ways tonight when they face Bologna at the Stadio Renato dall’Ara this evening.

The Rossoneri are currently in second place with 22 points after the first eight games, a total only bettered by Napoli who have won all of their games. They will be looking to claim another three points to jump above them, with an eye on the fact Napoli play Roma and Inter host Juventus.

You can read our match preview ahead of the game here, while below are the best stats…

➤ Bologna have only gained one point from their last 11 games against Milan in Serie A: the Rossoblù only have a longer ongoing streak of games without a win against Fiorentina (14) and Juventus (18).

➤ Bologna have not won at home against Milan in Serie A since 2001/02 (D4 L11): since then, the Rossoblù have only suffered more home losses against Inter (12) than against the Rossoneri (11).

➤ Bologna haven’t repeated the same result in consecutive matches across their last 12 Serie A matches: they have recorded three wins, five draws and four defeats in the process – drawing against Udinese last time out.

➤ Bologna are unbeaten in their last four Serie A home games (W3 D1) – the last time they went on a longer such run in a single season came back in May 2019 (a streak of seven wins).

➤ 22 points from the opening eight Serie A matchdays is a record for AC Milan in the three points for a win era – only in the 1954/55 campaign have they won eight of their first nine matches in a season, winning the title on that occasion.

➤ AC Milan have taken (14) and scored (11) the most penalties in 2021 across the ‘top five’ European Leagues – furthermore, Franck Kessié has scored nine of them, no player has netted more from the spot than him during this period.

➤ Stefano Pioli coached Bologna for 89 Serie A games (W27 D28 L34): the Rossoblù are the team with which the current AC Milan coach has the most games in the top-flight.

➤ Bologna’s Musa Barrow has been involved in five goals in his last three Serie A games (three goals, two assists), after having only assisted one goal in the previous 10 (no goals) – he has found the net in each of these matches, and he could score in four in a row for the first time since 2020 (his personal best run).

➤ Zlatan Ibrahimovic has scored five Serie A goals for AC Milan against Bologna: for the Rossoneri he has scored more league goals only against Cagliari, Inter and AS Roma (six) – considering also the assists, he has been involved in seven goals in six top-flight matches against the Rossoblu with his current team.