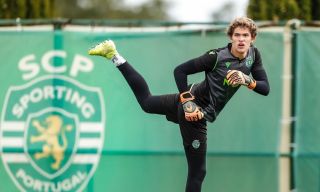 AC Milan are always vigilant on young talents in European football. Geoffrey Moncada – the Rossoneri’s chief scout – has a dense network of observers, especially in Portugal, where they are monitoring several young players.

According to a report from A Bola, Milan have set their sights on one of Sporting Lisbon’s academy players, namely Vasco Gaspar. The goalkeeper plays for the under-17 team and has attracted the interest of the Rossoneri’s scouts.

In fact, the Rossoneri are ready to send a representative to Portugal in the coming days, hoping to set up a meeting with the Sporting management. The purpose of which, of course, is to understand the availability of the player.

Although Ralf Rangnick wants to have a young team next season, Gaspar would most likely start with the Primavera team before making the big leap. It remains to be seen if Milan will move forward with their interest in the player.

READ MORE: Milan and Juventus target in talks with Fiorentina over contract renewal