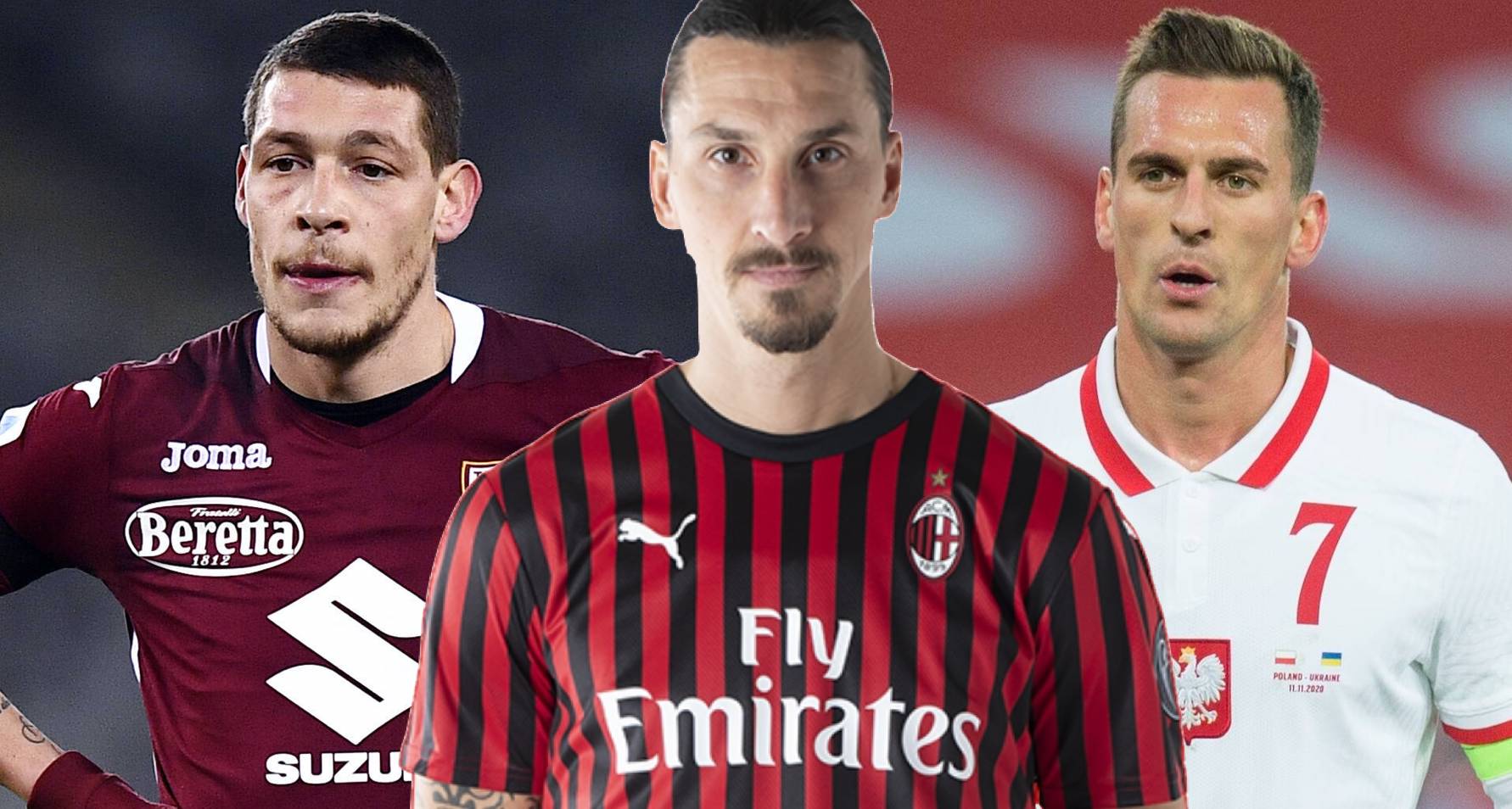 In January 2020, AC Milan brought in Zlatan Ibrahimovic on a free transfer add experience to a young side that was struggling to score goals. Not only has Zlatan made a psychological impact in the dressing room, he is the top scorer in Serie A this season so far.

With Milan participating in three competitions and with the spate of injuries not slowing down, it certainly has shown a deficient side to Milan’s attack although they haven’t suffered in the goals department despite Rebic failing to net so far this season.

Considering how Milan are under the watchful eye of FFP, a long term successor will be in the works if Milan can get through to UEFA Champions League or higher. Taking these factors into account we have prepared four options for Milan to explore in the winter transfer window…

The first option that comes to mind is that of Croatian striker Mario Mandzukic. A player who has playing style quite similar to that of Ibra, Mandzukic would be a perfect deputy to the Swede.

Mandzukic stands at 1.9 metres tall and is a workhorse. Having played in Jupp Heyneckes’ Bayern Munich side and Simeone’s Atletico Madrid, the Croatian is not alien to work rate and pressing.

In Juventus he played as a left winger and a second striker behind Gonzalo Higuain or as the main striker ahead of Paulo Dybala. At 34 years of age, he brings an immense wealth of experience having participated in multiple champions league finals, won the Serie A and Coppa Italia.

Like Ibra, his experience and winning mentality could spread to others. His tall frame helps when opposition crowd out the centre and Milan use Donnarumma or Kjaer to ping long balls to Mandzukic, who can use his aerial ability and control them.

With Mario being a free agent, it will not take much effort for Milan to sign him and at less cost since it does not involve a transfer fee. An 18 month deal would be perfect for Milan as it would give time for Milan to sign a younger replacement for Ibra and have him integrated into the side.

It has been close to 9 months since he has played a competitive match and this can take a toll on this match fitness. Mandzukic would need a while to get fit for matches again, and then there is the issue of salary.

At Juventus Mandzukic earned close to €6m net which is a wage that is way outside what Milan would be willing to shell out, so if he does not take a pay cut then he is a very tough option.

The most popular choice would probably be Torino’s Andrea Belotti. A Milan fan since childhood, “Belotti to Milan” has been a rumour since the 2017 transfer window it seems.

The Italy international however decided to stay at Torino to facilitate his growth but now he seems to have outgrown the Granata. Eight goals and three assists in 10 games is a good return for any striker, especially for a side flirting with relegation. Known for being an opportunist, Maldini will never shy away from a possible deal like this.

Belotti stands at 1.81m tall and is not the most aerially dominant like Ibrahimovic is. He makes it up for it with good positioning and good timing of his leap.

Over the years Belotti has shown that he can play as a centre-forward who links up play between midfield and attack with clever lay-off’s and passes. Having a very creative midfield, Belotti will have no problem linking with the wide players and will thrive on those balls with deep runs and peeling away from defenders making him very difficult to mark.

Belotti’s contract at Torino is set to expire in 2022 and it does not look like he will want to renew as he is ready for the next step in his career.

Being a self-proclaimed Milanista it won’t be difficult for the Rossoneri management to obtain the players consent and the player would welcome a move and would be ready to be a deputy to legend Ibrahimovic before eventually getting ready to take over.

At 27 years of age, Belotti is in the peak of his career and can give Milan another five or six years of his prime. Belotti presents the perfect case of a short-term and long-term solution.

A major disadvantage is that Belotti has not played at the highest level and is quite unproven even though he has been playing top-flight football for quite a while. However, a few months under Ibra (if he arrived in January) could help Belotti make the transition well.

The biggest problem of it all is the wall called Urban Cairo. The Torino president famously slapped a price tag of €100m on the player when he exploded onto the scene, but everything has gone downhill since.

With no Champions League football secured it would be difficult for Milan to make a huge investment on Belotti which could see a potential deal being pushed until summer when he will only have one year left on his contract and his price will come down.

A paid loan like the Sandro Tonali deal could be an option, but with only 18 months left on Belotti’s contract it could make for a complicated situation.

Lastly, with Torino fighting relegation it has to be seen whether Cairo will sell one of their best players midway through the season and risk being relegated.

Arkadiusz Milik is out of favour at Napoli and has only six months left on his contract. His last minute move to Roma fell apart and he has not got into the team ahead of Osimhen or Petagna since. At 26, Milik is yet to enter his prime of his career and could offer Milan much needed cover up front.

At 1.86m tall, Milik is not the biggest striker or as aerially dominant as traditional target men. Like Belotti though, he times his runs into the box and depends on good positioning for his goals.

The Poland international is also good with link-up play and can use his hold-up play to bring the wide players or midfielders into play, as he is (or was) so used to doing at Napoli for Insigne and Mertens.

He had a great start to his career at Napoli but it was hindered by two ACL injuries which took away a lot of his physical attributes. Milik was never the same again and has been quite injury prone.

Like Mandzukic, Milik has not played regularly since last season and a player with previous injury history it could take quite a while for the player to get back to optimal fitness.

A self-proclaimed Andriy Shevchenko fan, Giroud has been pushed to third choice at Chelsea behind Tammy Abraham and Timo Werner even though he chips in with important goals for the Blues.

A striker who has high work-rate and runs the channels, Giroud physically bullies defenders to make space for wide players and midfielders, which means looks like the perfect replacement for Ibrahimovic in the short term.

The Frenchman also links up well with his team-mates with through balls, lay-offs and has excellent hold-up play. As a World Cup and Europa League winner, Giroud brings in a wealth experience and would give a boost to Milan’s Scudetto hopes as well as Europa League prospects with his goal-scoring exploits.

Giroud is looking for a move out of Chelsea to be a starter elsewhere and get regular minutes. It is unclear whether he would accept being on the bench as a deputy to Zlatan. Another stumbling block is his €5m net yearly wages which is too high for a back-up striker

He is also a very sought out striker and Milan will have to stave off interest and present a strong project to the former Arsenal man to bring him to San Siro.

Milan are definitely flying high at the moment and their record without Ibrahimovic is P5 W4 D1. These are impressive numbers for a team who has a different dimension with Ibrahimovic on the pitch.

With the second half of the season coming, fatigue issues and rough patches will beckon and squad depth will go a long way to cover and help grind out the season objectives.