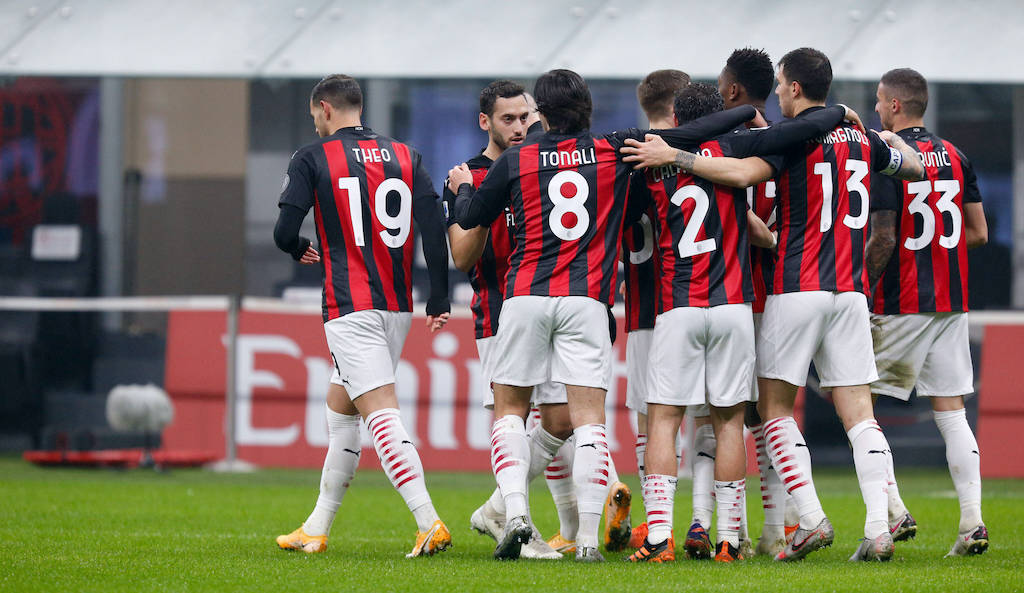 A first since 2005 and a total doubled: All the key stats from Milan’s win over Lazio

AC Milan ensured they ended 2020 in the right way as they won a thriller against Lazio 3-2 at San Siro on Wednesday night.

The Rossoneri got themselves in the driving seat thanks to a header from Ante Rebic and a penalty from Hakan Calhanoglu, but Lazio got back into the game as Ciro Immobile saw his penalty saved and Luis Alberto headed in the rebound, and Immobile netted to level the game at 2-2 early in the second half.

It looked like the spoils would be shared, but Theo Hernandez popped up with a near post header to snatch all three points and keep Milan top of the table.

Below are the best stats from the game, via the club’s official website…

➤ Milan have earned 34 points in 14 Serie A games so far, exactly twice as many than the Rossoneri had at this stage of the competition last term.

➤ After the 3-0 win in July, Milan have won two successive Serie A matches against Lazio for the first time since 2009 (three on that occasion).

➤ Milan are the second side in the history of Europe’s ‘top five’ leagues to have scored 2+ goals in more than 15 successive games in a single calendar year (after Barcelona, 18 in 1948).

➤ After Juventus’ defeat against Fiorentina, Milan are the only unbeaten side in Europe’s Top-5 leagues in 2020-21.

➤ Milan scored two goals in the opening 20 minutes of play in a Serie A match against Lazio for the first time since September 2005 (Shevchenko and Kakà).

➤ Ante Rebić has scored his very first headed goal in Serie A (from 14 total goals).

➤ Hakan Çalhanoğlu is the first AC Milan player to have made an assist in four consecutive Serie A appearances since Opta records began (2004-05).