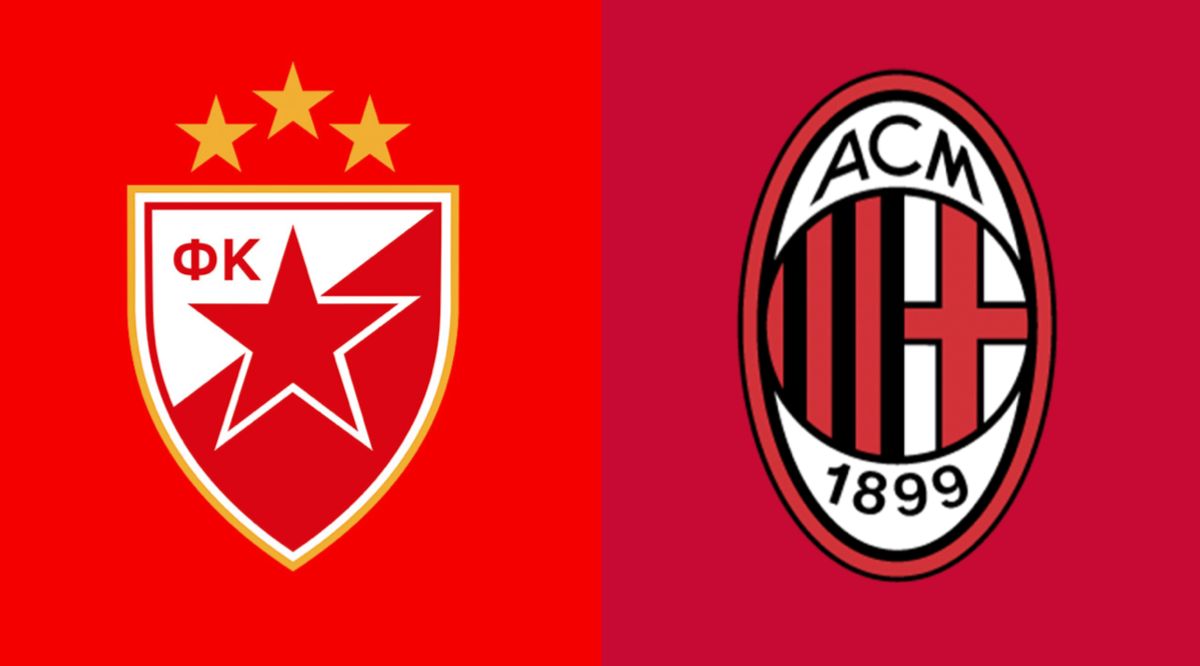 A potential first since 2008 and a 10-game streak: All the key stats ahead of Red Star vs. Milan

A whole 15 years after the two teams last met, AC Milan and Red Star will once again renew hostilities in the Serbian capital tonight.

The Rossoneri will be looking to put Saturday’s shock defeat against Spezia behind them and most bookmakers have Milan as favourites tonight despite the home side’s incredible domestic form.

Milan return to play at the Marakana in Belgrade for the third time in their history tonight, the other two occasions being in 1988 and 2006. Below are the eight best pre-match statistics, provided by the club’s official website…

➤ The last meeting between the two sides was in August 2006 in Champions League qualifying; the Rossoneri won 2-1 with Filippo Inzaghi and Clarence Seedorf on the scoresheet in Belgrade.

➤ Red Star have never beaten Milan in a European game (including qualifying): two draws and two defeats in four games. They also haven’t beaten an Italian side in their last six attempts (2D, 4L), the last win against a side from the peninsular was in December 2005 against Roma in UEFA Cup.

➤ Milan have won their last two Europa League games; excluding qualifiers, the Rossoneri have not won three consecutive games in European competitions since November 2008 (four in that case).

➤ Milan have scored in ten consecutive away games in European competitions – including qualifying; this is the best run in the Rossoneri’s history.

➤ Milan have progressed past the Round of 32 in the UEFA Cup/Europa League in eight of their last ten seasons, the only exceptions were defeats to Espanyol in 1987-99 and Werder Bremen in 2008-09.

➤ Red Star have made it past the Round of 32 in the UEFA Cup/Europa League just once in the last four seasons, in which they have taken part in this stage of the competition, beating Žalgiris Vilnius in 1989/90.

➤ 19 goals have been scored in Red Star’s 14 Europa League games (12 for, 7 against), while only two of these have ended goalless – including the two most recent matches.

➤ Mario Mandžukić scored the first of his three multiple-goal hauls in European competitions in the UEFA Cup in October 2007 against Ajax as a Dinamo Zagreb player (the others were against Olympiacos in November 2014 with Atlético Madrid and in April 2018 against Real Madrid with Juventus, both in the Champions League).

🤔 What are your predictions for the Red Star game, and what starting XI would you field?

🗣 Tell us your thoughts below 👇 pic.twitter.com/56ejQacp9G