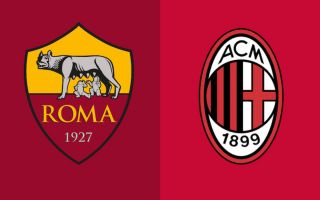 A potential landmark and favourite opponents: All the key stats ahead of Roma vs. Milan

AC Milan will be looking to rack up their tenth win of the Serie A season in just the eleventh round when they make the trip to play Roma tonight.

You can read our match preview here ahead of the game, while below are the best pre-match stats…

➤ Milan have won more Serie A matches against Roma than against any other side: in 172 matches between the two sides, the Rossoneri have won 76 times (D51 L45).

➤ After a streak of four consecutive wins against Milan in Serie A between 2016 and 2017, Roma have won only one of their last seven matches against the Rossoneri (D2 L4).

➤ Roma lost their last home game against Milan in Serie A, the last time they lost two home games in a row against the Rossoneri was back in 2005.

➤ In each of the previous nine occasions, in the era of three points per win, in which Roma have won at least six of the first 10 Serie A games, they have then finished within the top three positions in the table (currently six wins, one draw and three defeats).

➤ No side has conceded fewer set piece goals than AS Roma in Serie A this season (one, level with Napoli); while Milan rank only slightly lower in this category (three, alongside Atalanta, Torino and Venezia).

➤ After losing his first match against Milan in Serie A in 2008, current Roma manager José Mourinho has won each of his last three top-flight matches against the Rossoneri, with eight goals scored and only one conceded.

➤ Milan’s Zlatan Ibrahimovic could score his 400th goal in domestic league play: his first goal was netted on 30 October 1999, when 15% of the players with at least one match in Serie A this season weren’t yet born (74/489).