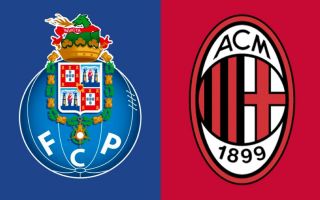 A precedent of draws and clean sheet masters: All the key stats ahead of Porto vs. Milan

AC Milan travel to Portugal to face Porto knowing that they are in virtually a must-win situation if they are to keep their Champions League hopes alive.

Having lost their opening two group stage games against Liverpool and Atletico Madrid, there is an urgency to get a win on the board and to try and bridge what is a four-point gap to Atleti who are currently in second.

➤ Porto and Milan haven’t faced since the 2003 European Super Cup final, when Porto were reigning UEFA Cup champions and Milan had just won the Champions League. The Rossoneri won 1-0 with a goal from Andriy Shevchenko.

➤ Milan last played Porto in the Champions League back in the 1996-97 group stages – Porto won 3-2 at the Meazza stadium before a 1-1 draw at the Estádio das Antas, with current Porto manager Sérgio Conceição playing for them in both matches. Porto finished top of the group that year, with Milan
eliminated in third-place.

➤ Including qualifying matches, seven of Milan’s eight away matches in UEFA competitions in Portugal have ended as a draw (W1), with their only win coming against Porto in March 1993, a 1-0 victory courtesy of a Jean-Pierre Papin goal.

➤ Porto have lost their last two home games in the UEFA Champions League (0-2 vs. Chelsea and 1-5 vs. Liverpool), and will be looking to avoid suffering three consecutive home defeats in the competition for the first time in their history.

➤ Milan suffered a 3-2 defeat to Liverpool at Anfield in their opening away UEFA Champions League match of 2021-22, last losing consecutive away European games back in April 2012, against Arsenal and Barcelona in this competition.

➤ Porto have kept a clean sheet in six of their last seven games in the group stage of the UEFA Champions League (W4 D2 L1), however they conceded five times in their last outing in the competition against Liverpool.

➤ Among players who have registered 500+ minutes in the competition since the start of last season, FC Porto winger Luis Díaz leads all players in the UEFA Champions League for the furthest average carry distance – the Colombian has made 79 carries in total, at an average of 14.2 metres in distance covered.

➤ Milan pair Rafael Leão and Brahim Díaz have either scored or assisted in both of their two UEFA Champions League appearances this season. The last player to be directly involved in a goal in three consecutive appearances in the competition for AC Milan was Zlatan Ibrahimovic in the 2011-12 campaign
(five in a row).

➤ Milan’s Theo Hernández has carried the ball 282 metres upfield in the UEFA Champions League so far this season (from 24 total carries); the third-furthest of any full back in the competition, behind only Liverpool’s Andy Robertson (383m) and Bayern München’s Alphonso Davies (382m).