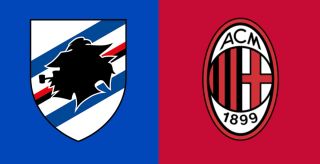 A questionable streak and a run of clean sheets: All the key stats ahead of Sampdoria vs. Milan

AC Milan will get their 2021-22 season underway this evening when they take on Sampdoria at the Stadio Luigi Ferraris.

All eyes are on how the Rossoneri will follow up their impressive 2020-21 season during which they finished in second place in the Serie A table and secured a long-awaited return to the Champions League. With Inter, Atalanta, Napoli, Roma and Lazio all having won already in the first round, the pressure is on Milan to kick things off on the right foot themselves.

➤ Milan have won their last two Serie A away meetings against Sampdoria and could win three such matches in a row for the second time in the competition (after a four-game streak in 1968).

➤ After winning their first two Serie A season opening games against Sampdoria, Milan have lost two of the following three against them (D1), including the most recent one (0-1 in August 2012).

➤ Sampdoria have lost their last three season openers in Serie A, failing to score in each of them; they have never lost four such matches in a row in the Italian top-flight.

➤ Milan have lost four of their last five Serie A season openers away from home (W1), after having remained unbeaten in 14 successive such matches (W10, D4).

➤ Sampdoria have won their last two Serie A matches keeping two clean sheets: they last won three league games in a row without conceding in March 2015.

➤ Milan have kept a clean sheet in each of their last five Serie A matches: they last had a longer run without conceding in the competition in February 1994 (nine in a row under Fabio Capello).

➤ Fabio Quagliarella has scored eight Serie A goals in August, level with David Trezeguet and Antonio Di Natale — he could become the joint-top scorer in this month of the year in the competition: level with Marek Hamsik (nine).

➤ This could be Ante Rebic’s 150th appearance in the ‘top five’ European Leagues: Sampdoria is one of two sides (alongside Napoli) against which the Milan player has delivered more than one Serie A assist (two).

➤ Olivier Giroud could become the 15th Frenchman to score for Milan in Serie A: Milan are already the team with the most French scorers in the competition.