A scare in 1996 and 33 games unbeaten: All the key stats ahead of Milan vs. Bodo/Glimt

AC Milan will not have an easy task on Thursday night against FK Bodo/Glimt, especially given their current injury crisis.

Milan will be without Zlatan Ibrahimovic and Leo Duarte due to both having tested positive for COVID, while Ante Rebic is banned and Rafael Leao, Alessio Romagnoli, Andrea Conti and Mateo Musacchio are all sidelined.

Here are a few of the main stats ahead of the game, with thanks to Jakub Balicki…

– Since the outbreak of the pandemic, both teams have not been defeated in official matches.

– Milan do not have good memories of their last match with a Norwegian side in a European competition. In the 1996/1997 season, Milan lost 2-1 at San Siro to BK Rosenborg which ended their adventure in the group stages of the Champions League.

– The visitors are unbeaten in 18 league games. Their last defeat took place on December 1 2019, when they lost 4-2 at Molde.

– The Rossoneri are unbeaten in 15 games (overall, excluding friendlies) with 11 wins and 4 draws.

– Bodo-Glimt had a complete set of victories from the 1st to the 8th round. This is the first such case in the history of Eliteserien (1962).

– Bodo-Glimt have competed three times with Italian teams in European competitions. Each of the matches ended in a defeat:

– If the Norwegian team maintains its form in the domestic league, they can break 13 records: 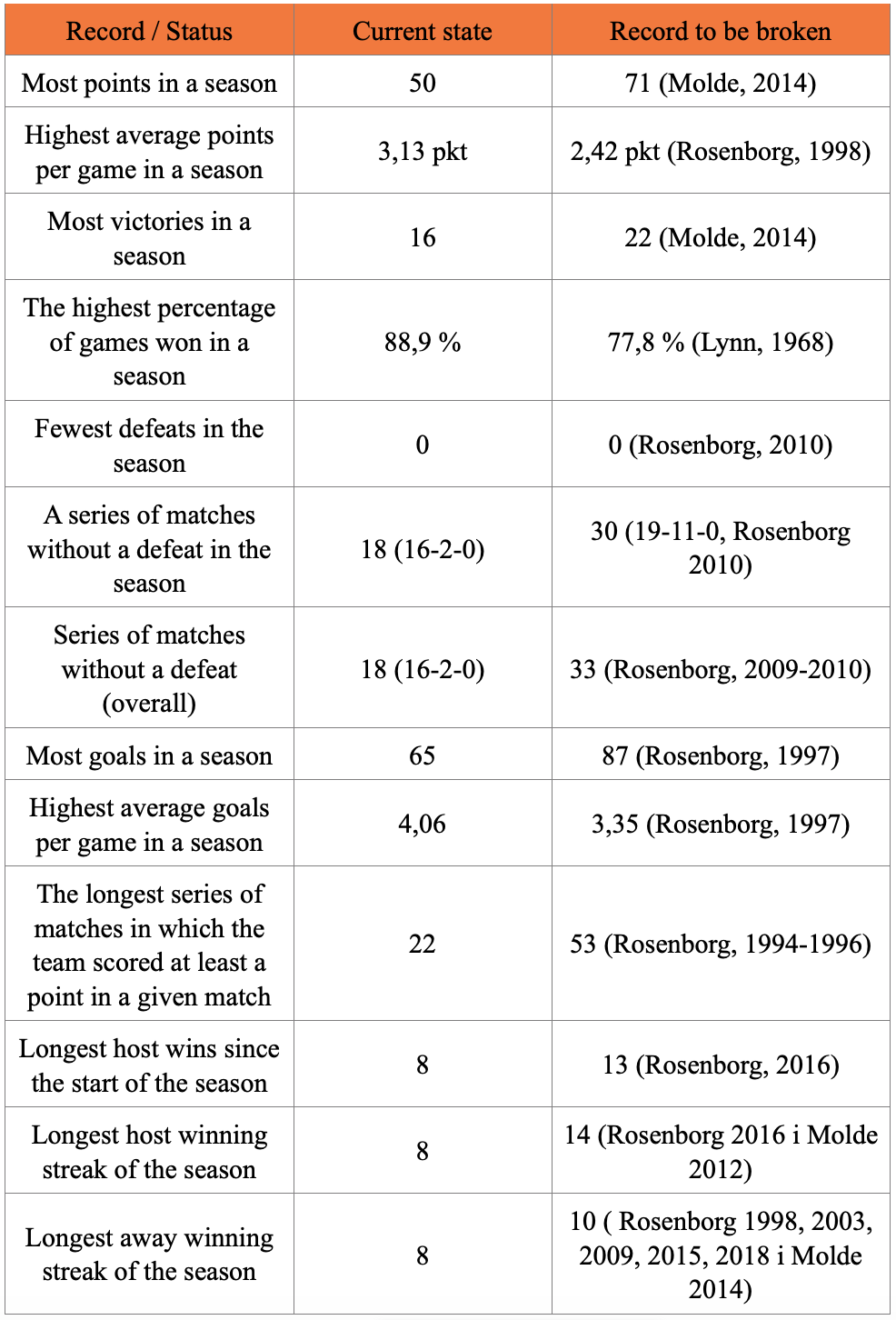