A scoring drought and struggles from corners: All the key stats ahead of Fiorentina vs. Milan

AC Milan must put their last two games behind them – which both resulted in losses – and get the top four mission back on track against Fiorentina today.

The Rossoneri came away empty handed a week ago at home against Napoli as Matteo Politano scored in a 1-0 win for the Partenopei, while Paul Pogba’s goal was enough for Manchester United emerge victors by the same scoreline and knock Milan out of the Europa League on Thursday night.

The injury crisis has been extremely long for the Rossoneri and it just keeps going on. Ismael Bennacer and Zlatan Ibrahimovic may have returned, but Davide Calabria was forced to surgery this week and will be out until the end of April, while Alessio Romagnoli, Rafael Leao, Ante Rebic and Mario Mandzukic are also on the injury list.

Below are the best pre-match stats ahead of the game, while you can read out match preview here.

➤ Milan have won five of their last 10 matches against Fiorentina in Serie A (D3 L2).

➤ Fiorentina last beat Milan in the second encounter of a Serie A season back in March 2015 (2-1 thanks to goals by Gonzalo Rodriguez and Joaquin for the Viola, Destro for the Rossoneri).

➤ Fiorentina have drawn three of their last four home games against Milan in Serie A (L1), last winning at home against Rossoneri back in August 2015 (2-0, goals by Marcos Alonso and Ilicic).

➤ Fiorentina won last time out against Benevento; they are one of the four teams yet to win back-to-back matches in Serie A this season, along with Torino, Parma and Crotone.

➤ After scoring in 38 consecutive league games, Milan have failed to score in four of their last nine, losing each of the four matches in which they did not score. 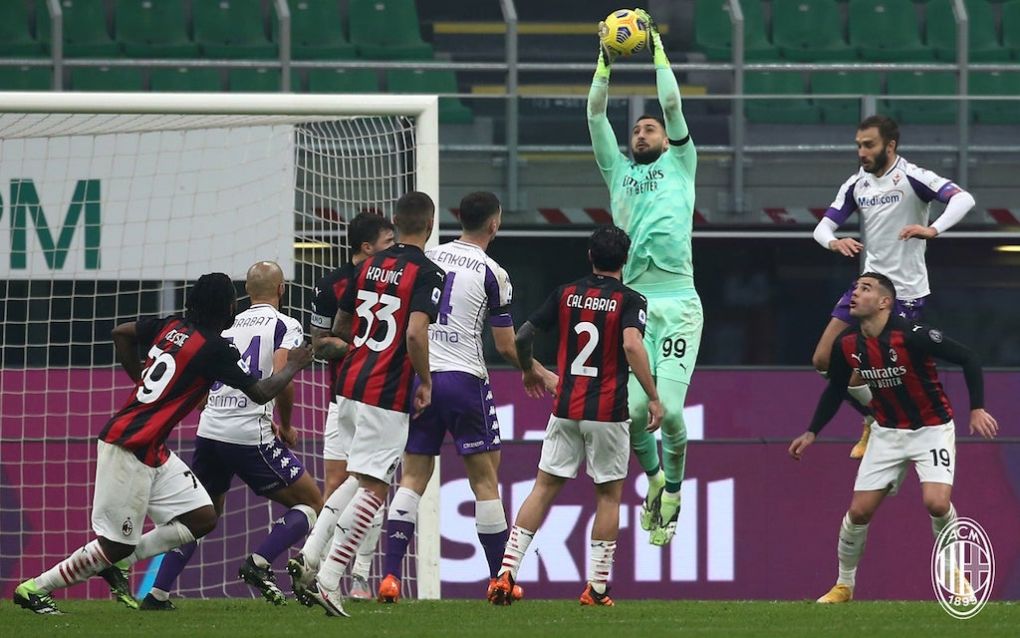 ➤ Cesare Prandelli has lost each of his last seven managerial matches against Milan in Serie A, with his teams failing to score in six of those seven games.

➤ Excluding San Siro, Artemio Franchi is the stadium where Milan’s Hakan Calhanoglu has scored the most goals in Serie A – two goals in his three games played away against Fiorentina.

➤ Fiorentina’s Dusan Vlahovic is only one goal away from becoming the best Serbian scorer in a single Serie A campaign: he has scored 12 goals so far, as many as Sergej Milinkovic-Savic scored in 2017-18.