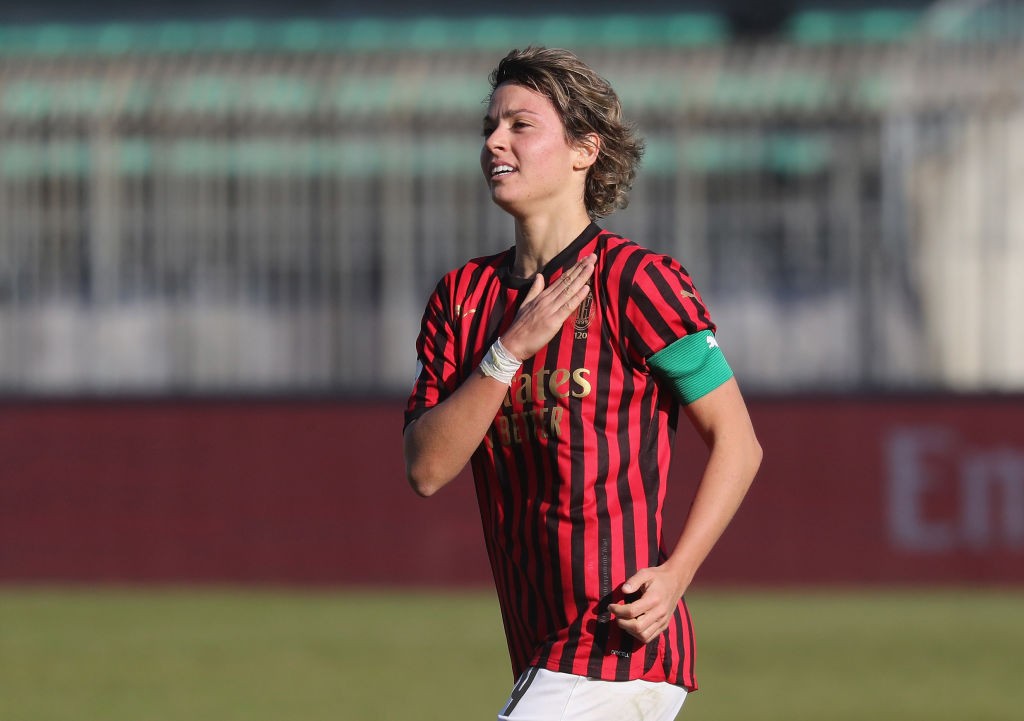 They’ll be looking to bounce back from their loss against Fiorentina last Saturday, as they continue to try to qualify for next season’s Champions League.

Milan has faced the Friulian side three times and has emerged victorious from all three encounters.

The last time the two teams played each other was in October and Milan won the match by a score of 2-0.

The winning score was, however, partially due to the Gialloblù’s Kunisawa scoring an own goal in the first half.

Milan’s second goal was a late header scored by midfielder Marta Carissimi, who thus ensured that the Milan Women kept in line with the theme of mainly scoring goals in the second half.

The game between the two sides was characterized by Milan’s usual display against the ‘smaller’ Serie A teams, which is to dominate most of the proceedings while simultaneously, managing to make a meal out of the game.

Expect them to do the same thing here, along with scoring a (late) second-half winner.

Milan will also continue to deploy a 4-3-2-1 formation as they work on adjusting to the line-up.

In addition to this, starters Laura Fusetti (defender) and Nora Heroum (midfielder) will be returning for this match, along with in-form forward Berglind Björg Thorvaldsdottir. The fact of which, means that Milan will be able to field a full-strength squad for this game.

This will definitely bolster their chances of winning the match, which will allow them to remain in second in the standings.

Here’s to hoping that they will.

How To Watch: TimVision (Italy only), Milan TV, and the official AC Milan app.