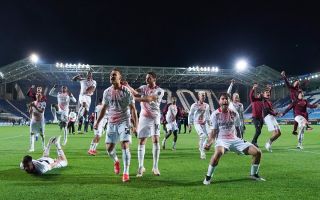 A strong finish and some fresh faces: Why Milan fans seem so positive about next season

Although Inter won the Serie A title last season, Milan fans can feel quite content about the improvements and progress that have come about after years of misery in the wilderness.

Having constantly been a threat in both domestic and European competitions, silly transfer decisions like releasing Andrea Pirlo to Juventus symbolised Milan’s decline, and he then went on to dominate the league for years which only compounded the pain even more.

A succession of managers has come and gone in the last few years, with former players from both Milan and other clubs preferred to try to take on the challenge of managing this massive club. But not since Massimiliano Allegri, sacked in 2014, have they won the title.

He also went to Juventus and kept the nightmare going for Milan. But there are signs that Milan is on the way back up finally. At the end of a tough campaign, let’s have a look at a few reasons why the fans are optimistic.

Keeping hold of a superstar

A major factor in keeping everyone happy was the announcement that the club would be extending the contract of fan favourite Zlatan Ibrahimovic. A bit of a footballing journeyman, he originally played for some of Milan’s biggest rivals, such as Juventus and Inter for a few years. A move to Barcelona didn’t work out with a loan spell to the San Siro becoming permanent in 2011. Fast forward a few years and some other big clubs later and he was back banging in goals for the Rossoneri.

Despite some high profile problems this year, such as getting involved in a betting company – which is not allowed for footballers – and being accused of making unsavoury comments towards Inter’s Romelu Lukaku, fans are still impressed by his commitment at his age.

At 39 years old, his passion and skills are exactly what the club needs as they enter the Champions League for the first time since 2014. His experience can only help the young players in Milan’s squad.

End of a saga

The top goalkeeper at Milan for the last few years, Gianluigi Donnarumma had been highly touted for massive success in the future for both Milan and the Italian national team. Still only 22 and having signed his first professional contract with Milan in 2015, his best years are ahead of him. Yet, for some reason, he did not want to commit his future to the club anymore, leaving the manager, players and fans confused as to why this is.

Yet, as the saga dragged on and on, amid reports of huge salary demands, Milan have taken the plunge and purchased a new goalkeeper, Mike Maignan, from French Ligue 1 champions Lille. For a bargain price of only €15m and still only 25, Milan has got a bright prospect on its hands for the next few years.

Even more baffling is that Donnarumma has not yet signed for any other club. You can bet on his next possible destination at any online live casino. It may come yet that Donnarumma could regret his decision yet Milan had to act quickly and efficiently and have done so.

A strong finish to this season

Despite the heartbreak of finishing second to cross-city rivals Inter, it was Milan’s first finish in the top three since 2013. Standards had slipped massively and a rebuilding job over the last few years finally seems to be paying off.

Juventus’ dominance has come to an end and there is possibly an opportunity on the cards while they begin their reorganisation of the ranks. While the gap between second and fifth was minimal, the Diavolo can take great pride in coming out the best of the rest.

It could be a great confidence boost coming into next season. Atalanta finished third, yet playing Milan on the last day of the season they had the chance to finish higher. Milan won 2-0 at Atalanta’s stadium, already striking a huge psychological blow.

While hovering near the top of the table the last few years, Atalanta have not been able to push any higher than third. Milan has been rewarded for their consistency this season and hopefully, it will provide the springboard for them to achieve even greater things next year.

Potential deals in the mercato

The signing of Maignan has been a positive start and many expect to see a few more new faces by the end of the summer. Milan would like to get a hold of two Chelsea players, firstly keeping hold of loan signing Fikayo Tomori by signing him on a permanent deal.

At 23, he has put in some sterling performances at the heart of the defence. Yet he will not be cheap. Striker Oliver Giroud is also on the wish list, the player himself feeling his time is at an end at Chelsea and he is available on a free transfer which may make things easier.

Another striker on the list is Toulouse forward Amine Adli. At 21, he is a lot younger than Giroud. Yet Milan always likes to have a good blend of youth and experience as we have seen in the past.

A good solid central midfielder in the shape of Andre Frank Zambo Anguissa of Cameroon has been mentioned hopefully as a signing soon. Playing with Fulham, who have just been relegated from the Premier League, he may want to move on to a big club like Milan.

Their return to the Champions League is being eagerly anticipated by many who remember and enjoyed the glory days of Milan in the past. While big things will probably be expected, a lot may depend on the draw they get in the group stages of the competition.

While progress has been made, they probably still lag behind the very top teams of England and Germany for example. Fans will be hoping travel restrictions have eased, so they can enjoy some big nights travelling around Europe.

Yet some fans may happily exchange European success if they are crowned champions of Italy again. They certainly will not want to see Inter having a period of dominance after the collapse of Juve’s.

There’s possibly a chance to finally get back to the top. With some smart new signings and hanging onto the current players they have, the sports betting markets feel there is every chance they might do just that.