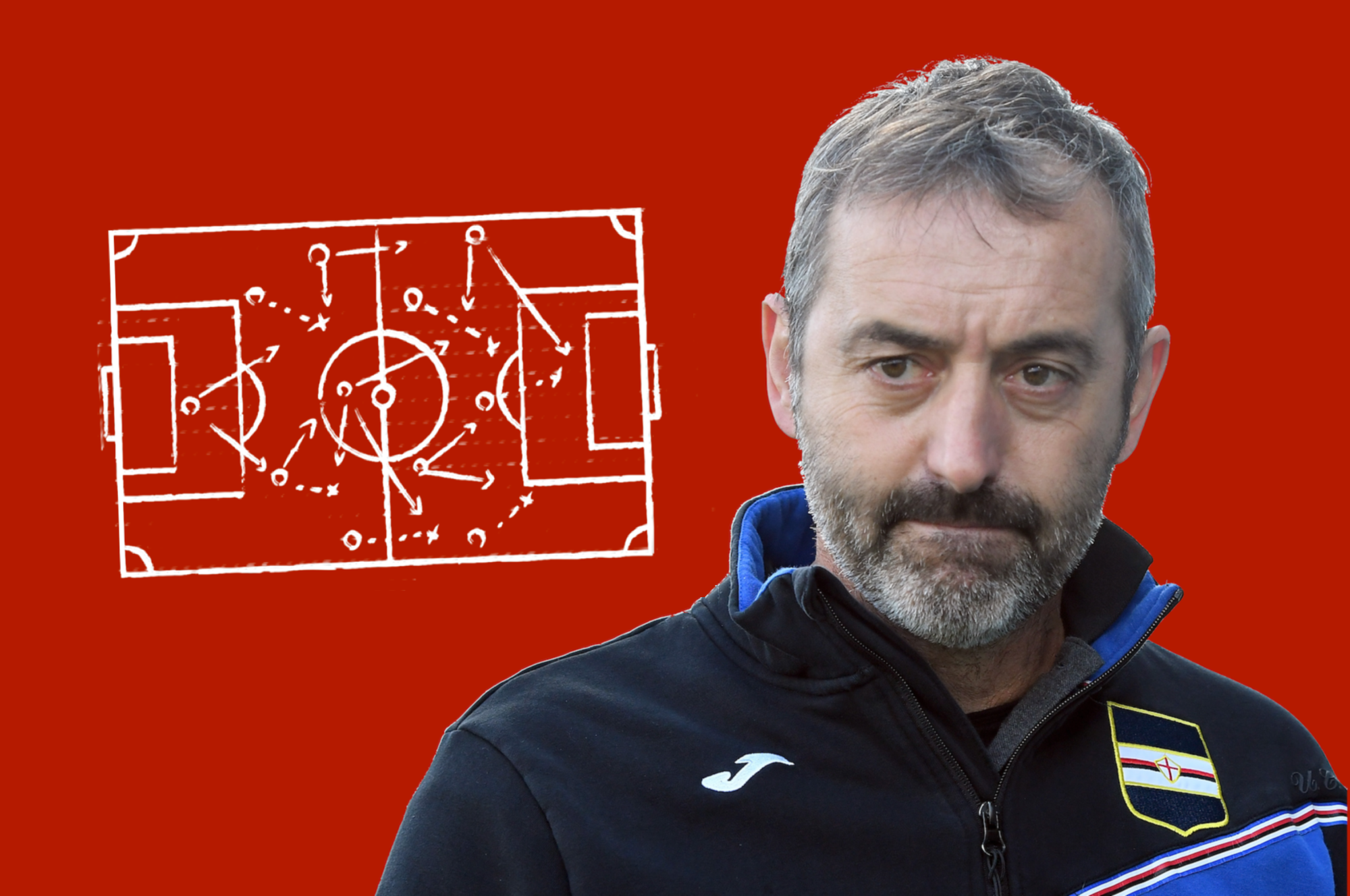 Speculation is gathering steam at a rate that almost makes the outcome a formality: Marco Giampaolo will be AC Milan’s next manager.

The Rossoneri are without a doubt entering another huge transitional period this summer, with a new head coach and sporting director having to be found following the exits of Gennaro Gattuso and Leonardo respectively.

The time for grieving over the departure of another club legend is over and we must look to the future. Paolo Maldini looks set to take a more important role, and Giampaolo’s arrival is one that must only be welcomed by support from the fans, as should the hiring of any new manager.

The general feeling about hiring the Sampdoria boss is mixed: many fans are apprehensive about the idea of going with someone not as established as an Antonio Conte or a Maurizio Sarri, while plenty of fans actually know very little about Giampaolo at all.

One thing he does bring is a very concrete tactical approach and a clear idea of the way he wants his teams to play. Here, we have picked out five key areas of exactly that…

Both at Empoli and with Sampdoria, Giampaolo has deployed a 4-3-1-2 formation – something Milan fans will be vaguely familiar with from Sinisa Mihajlovic’s time at the club.

The Italian likes to use a back four with two centre-backs comfortable on the ball and two more traditional full-backs who are expected to be as capable defensively as in the offensive phase.

A deep-lying playmaker forms the anchor of the midfield, flanked by two mezz’alas who are given the flexibility to be able to roam into areas of space, but also have responsibilities off the ball.

A number 10 sits in front of the midfield and is expected to find pockets to operate within and create, something which would arguably be an ideal for players like Suso and Lucas Paqueta.

The forward line is led by a front two, both of whom are generally goal threats (rather than a creative forward) and also have responsibilities in the press.

Perhaps the main characteristic of how Giampaolo’s teams play is how compact and structured they are, which is something that extends to their build-up play.

The full-backs tend to remain deep when in possession with the centre-backs pushing up and trying to feed the ball into either the deep-lying playmaker or to one of the roaming midfielders, mainly to prevent the space in behind being exploited should the ball be lost.

The defensive midfielder drops deeper to give the centre-backs an option when in possession, while the other midfielders also make movements into space to provide options which in turn tends to mean markers stick on the two mezz’alas.

The benefit of this is that it allows the space between the lines to open up which the No.10 can exploit, while the two strikers can pin back the opposition with movements in behind or the ability to drop and receive the ball from the playmaker.

In terms of the way that Giampaolo’s teams specifically move the ball up the field, the use of short passing is key to the possession-based system deployed.

The compact nature of the 4-3-1-2 means that short, sharp ball movement is generally attainable – specifically the way that the three central midfielders and the two full-backs tend to stay deep in order to ensure an option is always available.

Triangles and diamonds are also naturally created through this system, and the idea of a ‘third man’ is a key component of ball movement.

Due to the opposition’s tendency to focus on and mark the ball carrier and the obvious passing option, having a third player at the tip of the triangle means that – if he is available – space is able to be exploited and attacks can gain momentum very quickly.

A traditional attacking move would see the centre-back find the deep-lying playmaker, who would move the ball to one of the mezz’alas. Then the option is to feed the ball to a full-back should there be space to move into (who would then cross or recycle possession), otherwise they will look to find the No.10 who can bring the two centre-forwards into play.

The main point is this though: if an option is not available for the ball-player, then passing backwards to maintain possession is encouraged.

All outfield players under Marco Giampaolo’s 4-3-1-2 system have a responsibility off the ball in terms of looking to make build-up play difficult for the opposition and trying to win the ball back quickly if possession is lost.

The pressing starts with the front two: the quicker and stronger of the strike partnership pressing the opposing centre-back in possession while the other tends to drop off into the passing lanes, but also presses from the front where necessary.

The flanking midfielders either side of the anchor are responsible for pressing the two full-backs while they are still in their own half, though generally not both at the same time. Meanwhile the No.10 will either stick on the opposing defensive midfielder or also look to cut off passing options.

This allows the back four to keep a high line as the full-backs are not engaged in the press, while the presence of two midfielders who sit deeper means they have numbers back to combat incisive attacks and can cut out long passes which bypass the press.

Giampaolo’s teams generally favour using full-backs to create chances through crosses, as they will get forward and look to exploit space once the ball is being moved through the midfield.

The emphasis on width is perhaps surprising given their are no wingers in the formation, but with the strikers and midfielders free to make deep and probing runs it means there are generally numerous targets for the full-backs to aim at.

A variety of deliveries are also used; be they traditional crosses to the near or far post, low crosses in behind the opposing defence or pull-backs to the edge of the area towards on-rushing midfielders.

The overload of players in the central areas means that ball retention is both key and easily achievable, while the timing of movement of the flanking midfielders and full-backs is a crucial part of creating space and getting into threatening areas in the final third.

Given how compact that back four remains out of possession and the high line they almost always adopt, it does leave Giampaolo’s teams vulnerable to teams who play with quick wingers or inside forwards who can time their runs well.

In addition, despite the nature of the aforementioned press, Giampaolo uses a zonal marking defensive style which means there is often little space between the back four and midfield three. While this has the objective of ensuring dominance in the central areas, it can actually mean that the opponent is able to pass the ball around the back and wait for the right moment to spring forward.

There have been criticisms levelled at Giampaolo for being too reserved and even negative as a coach, but the stats say otherwise. Sampdoria scored more goals than Inter, Milan, Torino and Lazio last season. They also scored four or more goals five times in Serie A, while Milan only did it once.

The concerns over hiring somebody like Marco Giampaolo are understandable and in some cases justifiable. He has not yet finished higher than ninth in four Serie A seasons (one with Empoli, three with Sampdoria), but his style of play and the number of big scalps he has collected have earned him the tag of the ‘heir to Sarri’.

In his last two seasons in the league he has lost as many games as he has won, and that obviously will not cut it at Milan. However, he will have considerably greater resources at his disposal and – considering Ivan Gazidis’ philosophy – should be well suited to the vision of developing young players into future stars.

Supporting him is key, and Milanisti should take time to get familiar with his methods by watching videos and reading other more in-depth tactical insights – that way we can all be aware exactly what Giampaolo will bring to the table.