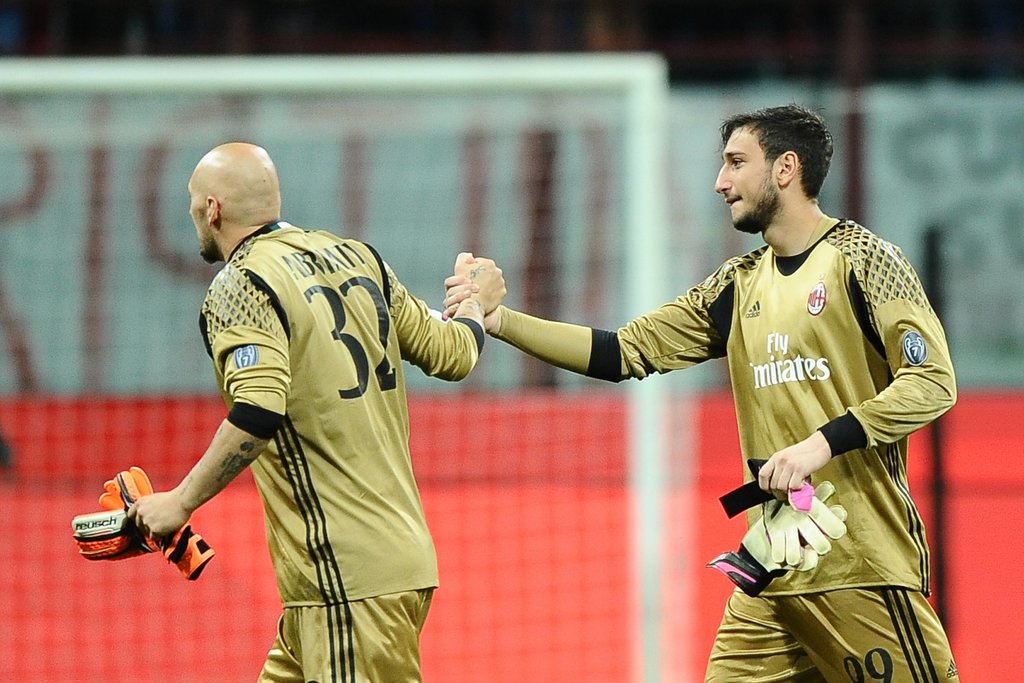 380 games, 8 trophies and many memories with the AC Milan shirt. Christian Abbiati, the former Rossoneri goalkeeper, spoke at length about several topics in a recent interview, including Gigio Donnarumma.

Abbiati has been an important man for Donnarumma, helping the youngster thrive in his early days with the Rossoneri’s first team. In the interview with Gazzetta Dello Sport, as cited by MilanNews.it, the now 43-year-old spoke about his apprentice.

“I had already wished for it in the past and I repeat: Gigio could stay with the Rossoneri for life. The only doubt I ask myself is that there will come a day when he pauses to reflect more than usual and says I would like to raise a trophy.

“At that point, the answer whether to stay still, or not, can only be found within himself. The important thing is that Milan can’t risk losing him for free: I just wouldn’t accept that,” he began.

When talking about Donnarumma, as explained by the newspaper, Abbiati was visible excited and proudly recognised how much the No.99 has grown since that game against Sassuolo in 20216, especially in recent times.

“Gigio is now an established player, the protagonist of a spectacular year. And now he is improving. Even in the little things, in the details. He must become the Ronaldo of goalkeepers: a 100% professional who takes care of from the first to the last detail.

“For me, he is among the top three in the world but he can certainly become number one. In his path, it has helped him to change many goalkeeper coaches. Everyone has taught him different things,” he stated.

In the long interview, Abbiati was also asked about the Rossoneri’s recent performances and the impressive work of Stefano Pioli. As he mentioned, the mentality is now completely different, similar to that of the Champions League days.

“He worked very well, he managed to give a clear game and a different attitude that hasn’t been seen since the Champions League,” he concluded.