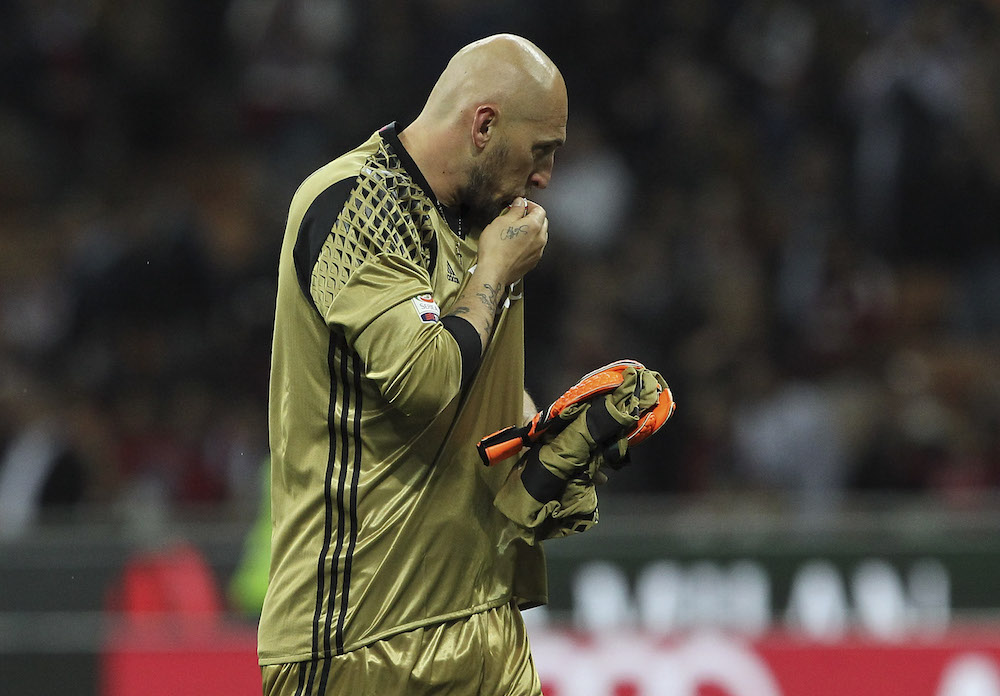 Former AC Milan goalkeeper Christian Abbiati has reflected on the time he spent with the Rossoneri, including an interesting story about his medical.

Abbiati started his Milan career 1998 after having spent four years as a junior with Lombardy side Monza, who are now owned by Silvio Berlusconi.

He had loan spells at Borgosesia Calcio, Juventus, Torino and even Atletico Madrid, winning three Serie A titles, one Coppa Italia, two Supercoppas, one UEFA Champions League and one UEFA Super Cup.

Abbiati currently holds the record for the most appearances as a goalkeeper for Milan with 380 and actually served as a club manager in the 2017-18 season under the Chinese ownership, before stepping aside.

The 42-year-old was interviewed by Milan TV about his time with the Diavolo, and his words were transcribed by MilanLive, beginning with his arrival at the club.

“I was playing in Serie C with Monza. We were winning the championship, Galliani called me and said he was going to buy me. I was the happiest man in the world, being from Milano playing for Milan was a dream,” he said.

“I remember I had medical visits booked after the final for promotion to Serie B. We won and had various celebrations, the next morning I didn’t go to the medical visits with Milan.

“Unforgettable matches? There are two. My first derby played, which ended 2-2, and that of 3-0 in the season of the last Scudetto won. Before the game Pato approached me and told me to be calm, because I would save everything and he would score two goals. And it happened. Bravo Ale for having predicted everything.”

He then revealed a game he would like to replay: “The derby in which I made the mistake on Samuel’s goal (the defeat in October 2012).

“Strongest team-mate? I struggle, because I was lucky enough to play with great champions in Milan. Strongest opponent? Messi.”

Finally, Abbiati picked four former team-mates for a five-a-side team: “Gattuso and Brocchi cannot be missing. Then I say Nesta and Pirlo. I’m sorry to Ambrosini, however…”