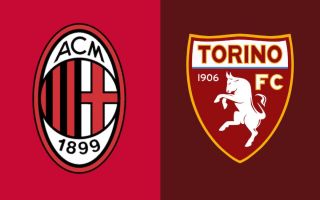 Abundance of clean sheets and a Seedorf record: All the key stats ahead of Milan vs. Torino

AC Milan welcome Torino to San Siro tonight hoping to rack up their ninth league win of the season in what is just their tenth game.

Milan had to fight for their most recent two wins as they overturned a two-goal deficit against Hellas Verona in their most recent home fixture to win 3-2 with three second-half goals, and on Saturday they let a two-goal lead slip against ten-man Bologna before recovering to win 4-2 against nine men.

➤ Milan have won each of their last three Serie A matches against Torino by an aggregate score of 10-0: only once have the Rossoneri won more games in a row against the Granata in the competition (five in the early 1950s).

➤ Milan have kept a clean sheet in 52% of their Serie A home games against Torino (39/75), including each of the last four: the last Granata league goal on the road against the Rossoneri was back in August 2016, from Daniele Baselli.

➤ Milan have won their last five league games: only once under Stefano Pioli have the Rossoneri registered six consecutive Serie A wins, between July and October 2020.

➤ Milan have won each of their last four homes games in Serie A: Stefano Pioli could become the first Rossoneri manager to win five consecutive home games in the competition since Clarence Seedorf in 2014.

➤ Torino netted three goals in their last match against Genoa, the last time they scored 2+ goals in consecutive league games was back in November 2020.

➤ Torino lost 0-1 in their last league match on the road, against Napoli: the Granata could remain goalless in two consecutive Serie A away matches for the first time since February 2020, where they failed to score against Lecce and Milan.

➤ Should he score, Olivier Giroud would become only the second player to score in each his first three Serie A home appearances for Milan in the three points for a win era, after Mario Balotelli in 2013.

➤ Should he score in this match, Zlatan Ibrahimovic will reach two milestones: 150 goals in Serie A and 400 goals in domestic leagues in his career – after scoring in his first three league matches against Torino, the Swedish striker hasn’t found the net in his last three matches against the Granata.

➤ Andrea Belotti has scored five goals at the San Siro stadium in Serie A, although four of these have been against Inter – the Torino forward has scored only one league goal in seven away games played against the Rossoneri: in August 2016, when he also missed a 96th minute penalty.