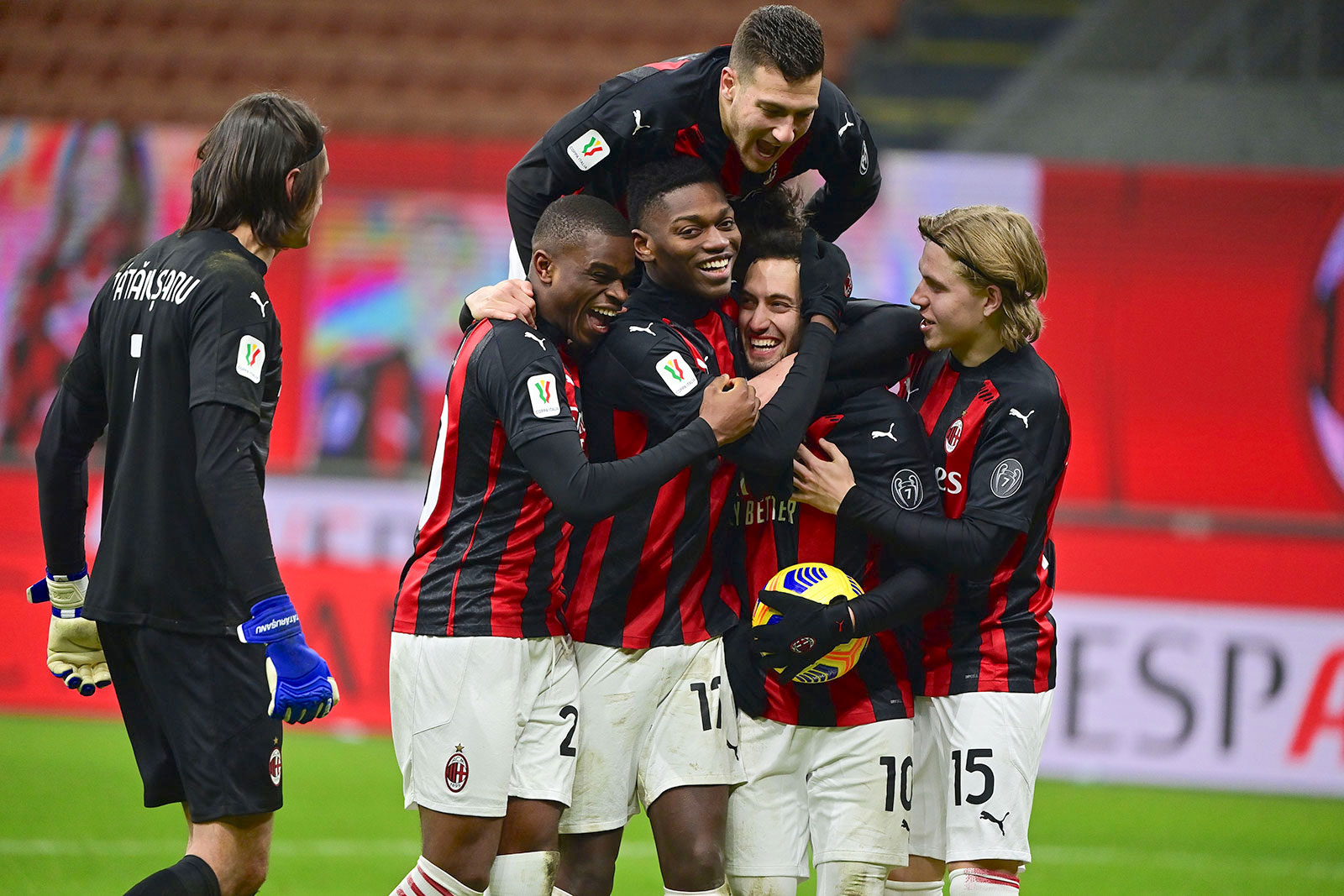 AC Milan got the job done from the penalty spot in the end as they beat Torino 5-4 in a penalty shootout at San Siro on Tuesday night.

Just like it did at this stage of last year’s competition, the game went to extra time as the Rossoneri were wasteful and failed to take any of their opportunities.

Not only that but they had some chances to win it in the extra 30 minutes too, and there was a feeling going into the penalty shootout that it just wasn’t Milan’s night.

In the end Milan would score all five of their penalties in the shootout and it would be Rincon who would be the man to let Torino down as the Diavolo emerged victorious 5-4.

Pioli made a number of changes to his starting XI compared to Saturday’s league win over the same opponents, with Ciprian Tatarusanu, Pierre Kalulu, Mateo Musacchio, Diogo Dalot and Zlatan Ibrahimovic all coming on, and Davide Calabria shifting into midfield with Rafael Leao wide left.

The Rossoneri began the game attempting to get on the front foot by pressing high up the pitch using the group of forwards, though when they did get the ball back the early theme was very much sloppy passing and poor care of the ball when in possession.

It was the away side who had the first shot on goal seven minutes in although it was in the end a harmless attempt that he dragged wide of the near post from just over 20 yards out without an awful lot of power.

The second attempt of the game also came from Torino and was another speculative effort from outside of the box; this time the midfielder Rincon volleyed over after Milan failed to adequately clear a short corner.

There was a moment of fortune for Milinkovic-Savic in the Torino goal in the 20th minute as he was closed down by Kalulu who had rushed on from right-back, and the referee gave a free-kick as both contested for the loose ball that had deflected skyward.

Milan had a couple of half appeals for penalties turned down around the midway point of the first half, the initial shout coming as Castillejo thought his cut-back had been blocked by a hand and the second when Brahim Diaz was bundled over under pressure. Neither were given.

The home side’s first real shot of the game came through Calabria as he called Milinkovic-Savic into action with a volley from a cleared free-kick that ended up rolling safely through into the hands of the Serbian.

Ibrahimovic had a big chance to open the scoring on the half-hour mark as a ball over the top found the Swede unmarked in behind, though he fired wildly over the bar after setting himself with the offside flag not having been raised.

The last save of the first half came at Milan’s end though, as Gojak received the ball just inside the box before turning and firing with Tatarusanu forced into a stretching save albeit at a comfortable height.

Pioli chose to make two changes at the break as Ibrahimovic’s evening was ended at the break, as was Samu Castillejo’s, with Jens Petter Hauge and Hakan Calhanoglu coming on in his place.

The first two chances of the second half both fell to Leao, who fired an effort straight into the hands of the Torino goalkeeper from a narrow angle in the first opportunity and he fired straight at him again from close having been put in behind with a gorgeous ball from Brahim Diaz.

Leao continued to stretch the Torino defensive line in what was a much brighter start to the second period, and the Portuguese forward fired into the side netting again from a narrow angle having been played in behind.

The Rossoneri couldn’t really have come much closer to taking the lead in the 37th minute as Milinkovic-Savic was forced into a reaction save from Calabria’s shot inside the area after a nice cut-back from Kalulu, and then he knew nothing about the whereabouts of the ball as Dalot’s rebound hit the inside of the post, hit him and bounced to safety.

They hit the woodwork twice for the second time in two minutes as Calabria again got on the end of a cross – this time from Dalot – but saw his volley deflected onto the post.

After Hauge had shot straight at the keeper, Pioli opted to make two more changes as Musacchio and Calabria made way for Franck Kessie and Theo Hernandez.

There was a big moment of controversy just inside the final 20 minutes as Leao successfully closed down Milinkovic-Savic who lost the ball and then kneeled in the way of the forward who went down, but the referee Valeri did not point for a penalty. Instead, as the protests rained down, he sent off substitute Gianluigi Donnarumma.

A few minutes later Calhanoglu did well to find space inside the box from Dalot’s feed, but as was the theme of the night he smashed his effort straight at the Granata stopper.

Brahim Diaz missed a golden chance with four minutes left on the clock as Calhanoglu put the Spaniard through on goal yet he somehow scooped his first-time effort over the bar, though the ball did appear to bobble ever so slightly as he hit it.

The wastefulness of Milan’s performance meant that another 30 minutes was needed to settle the tie just as it was in the same fixture last season. The first effort came as the substitute Belotti struck from distance, but Tatarusanu saved easily.

Milinkovic-Savic made his first save of extra-time as Theo Hernandez tested his luck from 25 yards out, producing a fingertip save at full stretch.

Calhanoglu then came close to opening the scoring from a short corner as he shot through a crowd and into the side netting with the Torino goalkeeper not even moving to try and stop the attempt.

He had a chance six minutes from the end when Leao fed him and the space opened up, but the 19-year-old playmaker hit it without conviction and straight at the keeper.

The last chance of extra time came when Dalot found space to let fly on his left foot from 20 yards out though he bent it around the far post.

The first six penalties in the shootout were of exceptional quality as Belotti, Lukic and Lyanco scores for the visitors while Kessie, Theo Hernandez and Tonali responded for Milan. Rincon saw his penalty saved by Tatarasanu, and the Rossoneri converted their last two spot kicks through Romagnoli and Calhanoglu to book a place in the final eight.