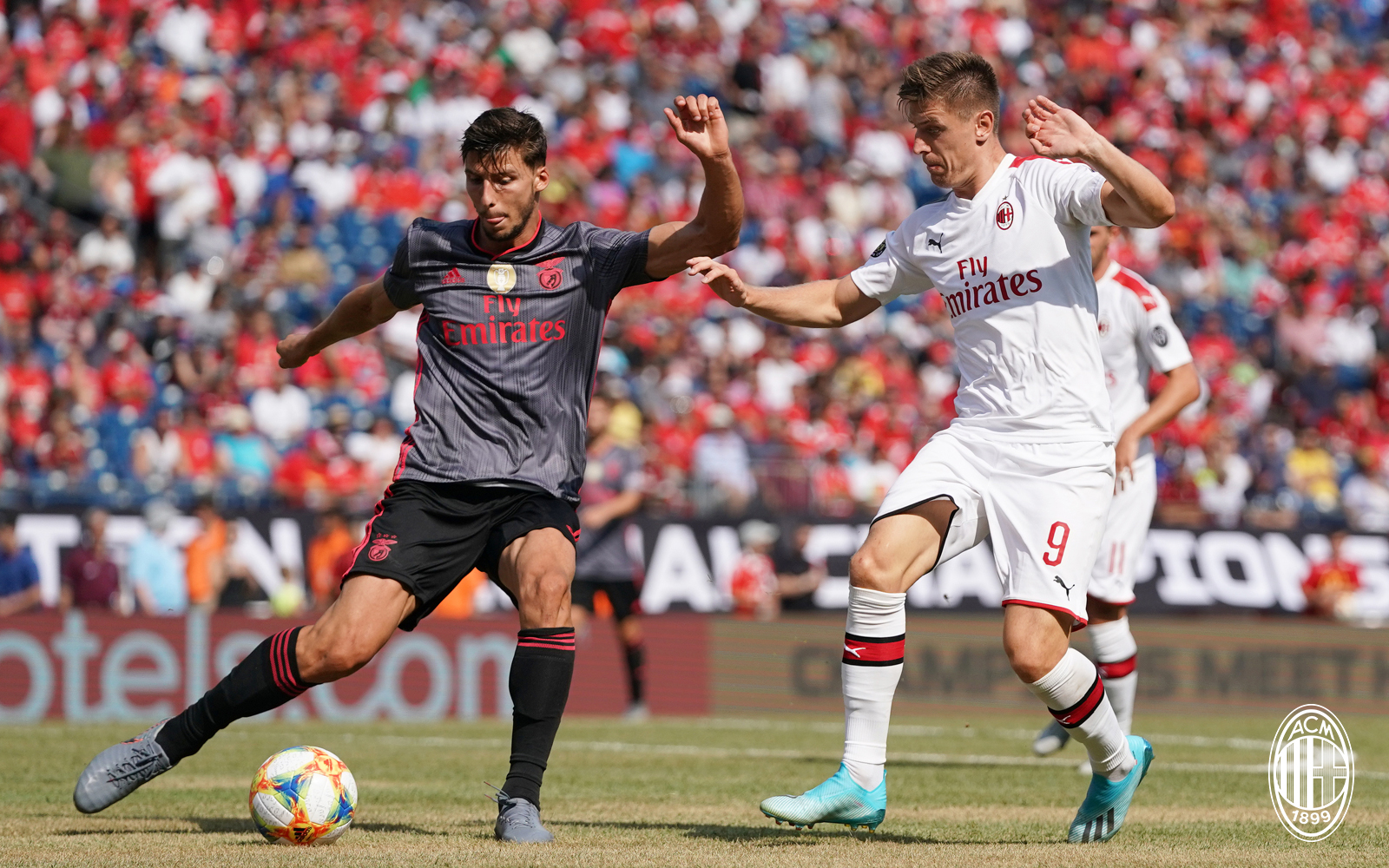 AC Milan fell to their second defeat in the International Champions Cup as they were edged out 1-0 by Benfica is Foxborough.

Adel Taarabt got the decisive goal in the second half through a deflected shot, with Milan having missed several opportunities to take the lead.

The Portuguese side has the first chance of the game when Rafa Silva found space to shoot on the edge of the box, however the midfielder curled his effort over and wide.

Former Milan play Adel Taarabt was denied from a similar position by Gianluigi Donnarumma not long after before Giampaolo’s side sprung into life.

Firstly Samu Castillejo was almost through on goal following a delightful through ball that Vlachodimos in the Benfica goal just beat him to.

However the keeper didn’t get a hand to Hakan Calhanoglu’s shot minutes later, though to post denied him, while Castillejo was then also denied by a smart save.

Vlachodimos was called into action again twice in quick succession; firstly to save a stinging volley from Borini and then to save a header from the same player following a cross from Suso.

Three minutes before the half hour mark a lovely flowing counter-attack from Milan, wearing their white away shirt for the first time, ended with Suso dragging a low shot wide from 20 yards.

After the Rossoneri had come close twice through Calhanoglu and Piatek, Donnarumma was called into action right at the end of the first half as he kept out a low shot from Pizzi and then to deny Rafa who was through on goal.

Milan started the second half well, demonstrating great ball movement and link-up play which saw Vlachodimos forced into a near-post save from Castillejo in the opening minutes.

Benfica had a couple of chances to break the deadlock through free-kicks; the second of which produced a fantastic save from Pepe Reina.

The Primeira Liga side did take the lead with 20 minutes left though. A corner was only cleared to the edge of the box, where Taarabt fired a shot that was deflected by Biglia and past Reina.

The response was almost instant from Milan as Suso fired a fierce effort at Vlachodimos that the Greek international did well to parry away.

Biglia was then inches away from a late leveller as his free kick from 25 yards was struck sweetly, but the post came to Benfica’s rescue.

Giampaolo and his team will now travel to Cardiff to face Manchester United next.