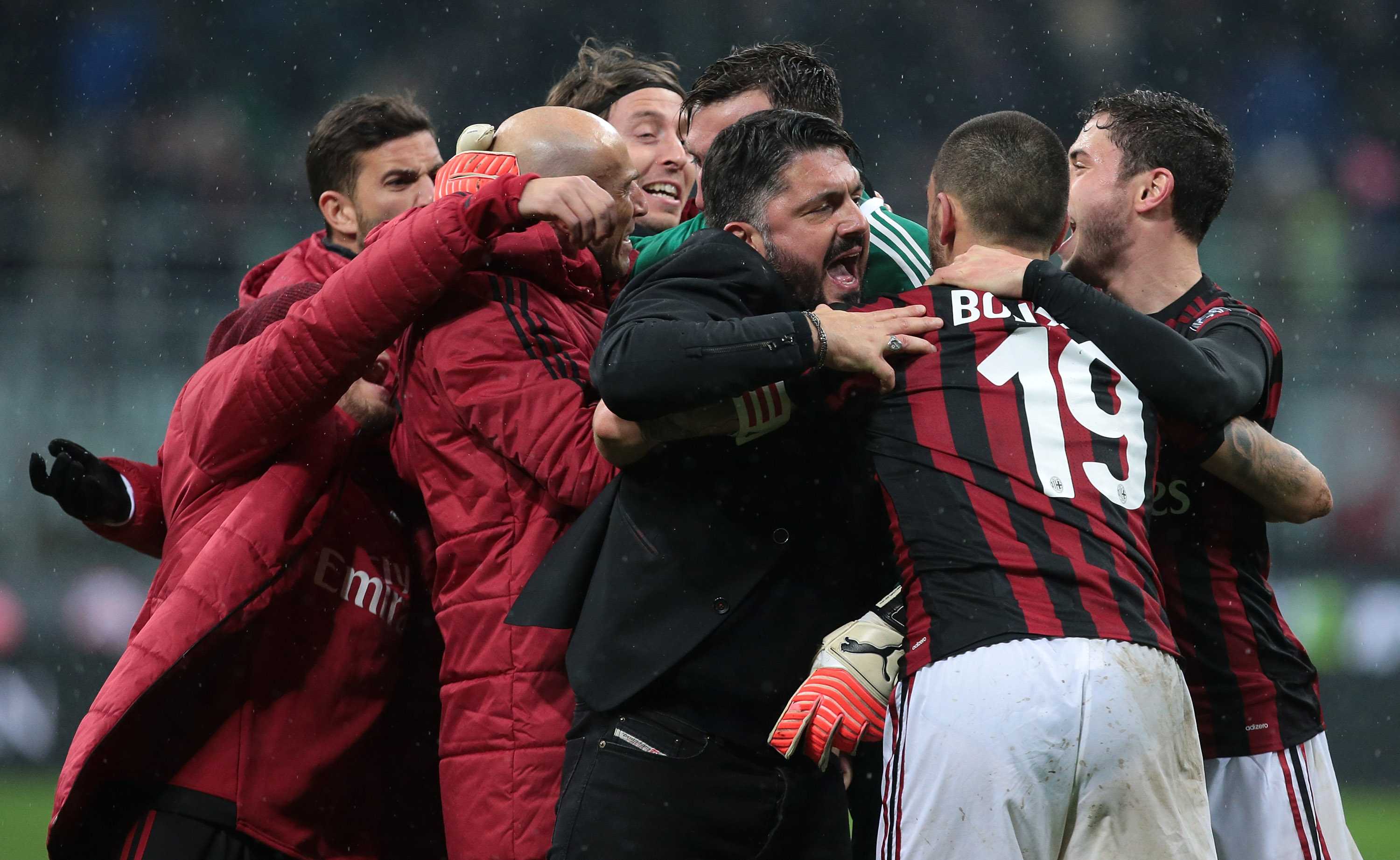 The win not only puts the Rossoneri in the semi-finals of Coppa Italia, but also gave us a slight hint that Milan might actually be on their way back since wonderful football was displayed throughout the game.

1. Milan learning how to handle the pressure

Early in the game, we saw something that Milan have lacked for quite some time now. Under pressure, usually, the Rossoneri have ended up losing the ball by attempting a long ball or even worse, conceding after losing it in a dangerous area. However, against Inter, all of these issues seemed to be fixed, at least to a certain degree.

#MilanInter in gifs. Well played by Milan to win the ball and get past Inter's high line. Suso won a free-kick in the end. pic.twitter.com/nATCbKyFDA

Wonderful football was displayed, even in tight areas. The example above is from early in the first half. Bonucci wins the ball and instantly plays it to Suso. From there on, the Rossoneri showed great pace in their passing to eventually win a free-kick in a good position. There are several examples of moves like this one from the game.

Love this. Great play from the back. Kessie is so strong as well. pic.twitter.com/eFCgIHvgkr

Instead of being completely damaged by pressure, Milan have switched it around, going with a high line themselves. This was shown several times in the game against Inter, who couldn’t handle it.

Great pressing by Milan, winning the ball in the end. Need to see more of this. pic.twitter.com/EdsIF1y83A

Especially Kalinic and Bonaventura did well to keep pressurising Inter, which led to several mistakes by their defence which Milan nearly took advantage of. Most importantly, Inter players got frustrated by the Rossoneri’s line, and it always seemed like Milan had a slight advantage in the game.

3. Antonio Donnarumma surprised us all

AC Milan’s third choice goalkeeper didn’t disappoint after being called upon in what was his first start this season, as both Gigio Donnarumma and Marco Storari were injured. Throughout the game he encouraged his teammates a lot, while still remaining calm himself despite all the things that’s been said about him.

Antonio with THAT save. pic.twitter.com/6Q2bXsvWiD

In the second half, he made a great stop on Joao Mario’s effort, even though it was straight at him. Nevertheless, a good save as said. He also read the game perfectly, coming off his line quickly to keep Icardi from scoring, as well as dominating the air on set pieces.

4. Skriniar should have been sent off

The nasty tackle on Kalinic kept the Croatian striker from finishing the game. Skriniar, on the other hand, only got a yellow card for his cruel offence, even though one can argue that replays clearly show that it should’ve been a red card. This brings us to my next question, where was VAR?

That's a clear red card in my opinion. pic.twitter.com/XkDCsXbiH1

The gif above shows the situation as it happened, and from what we can see Skriniar didn’t get any of the ball, while only hitting Kalinic’s foot with his studs.

5. Milan’s goal was perfect from start to finish

The goal was a pleasure to witness. Romagnoli’s long ball might have been a bit high, but Cutrone managed to bring it down without any issues. And the cross from Suso, well, it’s his trademark move.

The finish was perfect from the youngster, but the timing of both the cross and Cutrone’s run was even better. A perfect ending to a well-executed game, which perhaps increases our hope for Milan’s season after all.

Gattuso did something right against Inter, evidently, he needs to continue like this.