Milan managed to get all three points against Fiorentina prior to the international break and confidence was building with several key players being back and fit for action.

Zlatan Ibrahimovic and Ismael Bennacer were back in the starting XI with the only real absentees being Calabria and Rebic. Despite the key players returning, the Rossoneri struggled against a Sampdoria side sitting in tenth position.

Pioli’s men looked sloppy on the ball and with Krunic and Castillejo on the flanks, we didn’t see much creativity from both sides. At the back Theo Hernandez continuing with his rather disappointing form, at least by his standards, and gave away a sloppy goal with a poor pass.

Shortly after the away side were given a red card, but that again wasn’t enough for Milan to start knocking harder on the door. Fortunately for them, Hauge managed to get the equaliser after coming off the bench and helping his side avoid the loss it what was a very disappointing team effort.

Theo Hernandez has been sensational since he joined the club in the summer of 2019, but his form has certainly dropped in recent months. His defensive contribution wasn’t great to say the least as he gifted the ball to Quagliarella, who then gave Sampdoria the lead.

Not only that, Theo was also ineffective going forward as he made several wrong decisions in the final third where he could have created a goal scoring chance for his team. The 22-year-old has set the standards very high for himself and the left-back needs to get through the difficult period and start playing at the high level we know he can.

Stefano Pioli chose a rather weird lineup against Sampdoria as he played Saelemaekers at right back instead of Kalulu and played with Krunic on the wing whilst having Rebic and Hauge on the bench.

Obviously Pioli knows the condition of his players best, but playing someone out of position because they are fresher didn’t pay off for him with all three – Saelemaekers, Castillejo and Krunic – having a dreadful game. 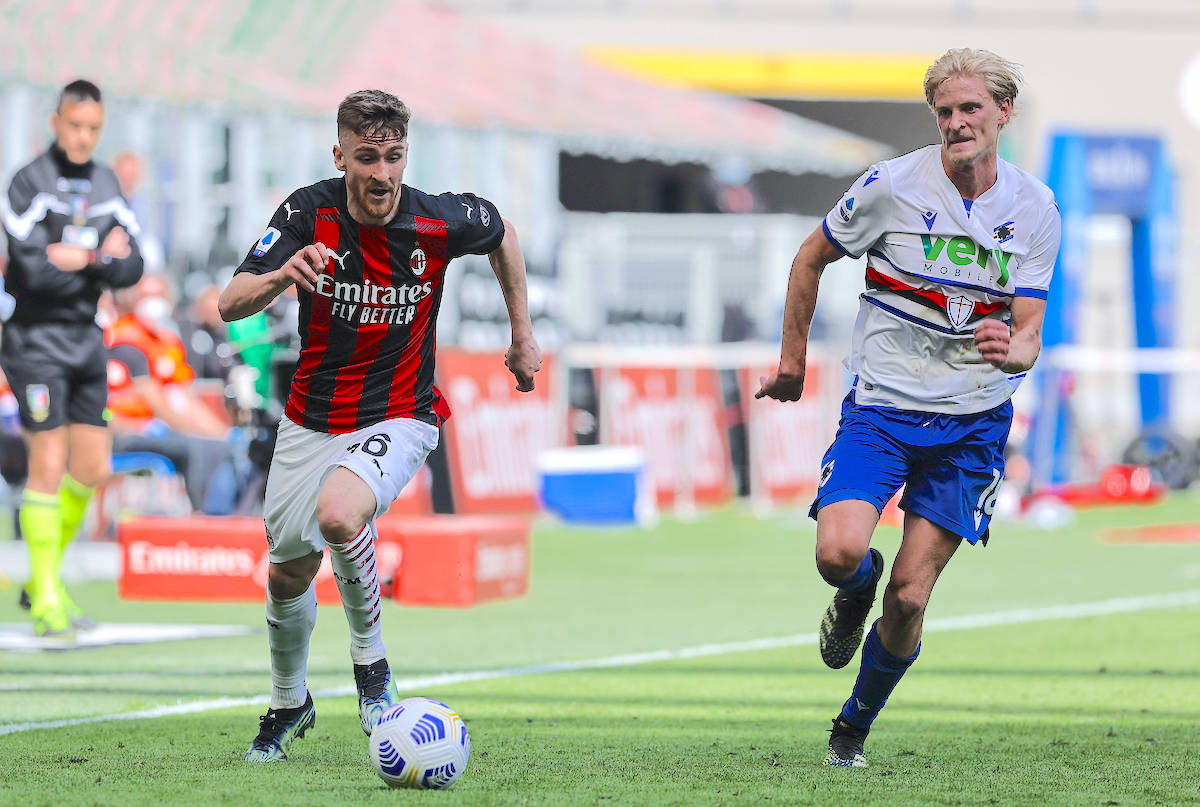 Hauge somewhat saved the day after coming on proving further that he could have done a better job than Krunic if he were to start the game, and that would’ve be a good morale boost for the youngster as well. We’ve seen Pioli’s wild cards play out well for him, but this was not the case against Sampdoria.

After picking up goals and assists for Turkey, Milan fans were hoping for Hakan Calhanoglu to replicate the same for his club and lead them towards a winning run in the last 10 games of the season.

Unfortunately, Calhanoglu failed to be decisive yet again and excluding the final ten minutes we has like a ghost behind Zlatan with the Swede dropping deep throughout the game to make things happen.

Looking into the summer, the management will need to consider the No.10 spot seriously as the Turk has failed to bring continuity to his game and Milan will need someone that can make the difference if they were to compete with the big teams.

There were not a lot of positives to pick out from the game, but one was without a doubt Hauge scoring the equaliser. The Norwegian came off the bench and saved Milan from losing the game and this goal should be a big morale boost for him as he has been struggling since the halfway point of the season.

Hauge came to Milan towards the end of the Norwegian season which he had played all of, meaning had no time to rest and this season has been challenging for him physically and mentally, so picking up the goal against Sampdoria will definitely give him some confidence moving forward.

Whilst being a crucial part of Milan success after last January, Zlatan Ibrahimovic has been struggling a bit as of late. The Swede doesn’t have the energy to be mobile nowadays, but the poor form of his team-mates has forced him to drop deeper and try to create.

As a result he was looking rather tired in the final part of the game and was caught offside on multiple occasions in the first half too. That’s surely a worrying sign and if Milan were to keep Zlatan for another season they will need to fix the problems behind him and build a team that can properly serve him and not require him in the build-up.