AC Milan’s unbeaten run in Serie A was snapped at 27 games as Juventus ran out 3-1 winners in a dramatic encounter at San Siro.

In a game player at electric pace throughout it was Juve who took the lead through Federico Chiesa’s finish after a feed from Paulo Dybala, but Davide Calabria drew Milan level with a sumptuous strike.

The game could have gone either way in the second half in truth but it went the way of Andrea Pirlo’s side as Chiesa doubled his tally for the night with a curling finish before Weston McKennie’s close-range strike put the game beyond Stefano Pioli’s men.

Due to Inter’s defeat at Sampdoria earlier in the day the Rossoneri remain top of the Serie A table but by a solitary point, while the Bianconeri trim the gap to seven points with a game in hand.

Diogo Dalot started at right-back with Davide Calabria shifting into midfield, while Jens Petter Hauge took a spot on the left wing with Samu Castillejo getting the nod on the opposite flank.

Juventus had the first big chance of the game less than two minutes in as young left-back Frabotta found space to pull the ball back to Dybala, but his effort was fantastically blocked by Kjaer and bounced safely into Donnarumma’s hands.

Rafael Leao had the first shot for Milan up at the other end after cutting in from the left though the forward curled his effort comfortably wide of the far right post.

The Rossoneri’s first corner of the game came in the sixth minute, and Jens Petter Hauge was found with a short pass before the Norwegian saw his effort blocked in the nick of time. Moments later there was another big chance as Bentancur gave the ball away inside his own box and Castillejo strolled onto it, though a diving Szczesny was equal to his low near post attempt.

The frantic start continued at the other end as Dybala tumbled to the floor allowing the ball to roll to Frabotta who fired over from the edge of the area, though Donnarumma had it covered.

On the 15 minute mark Juve were inches away from taking the lead as Chiesa hit the woodwork. Milan failed to clear a corner sufficiently and the ball fell to the Italian winger 20 yards out who struck it sweetly but it rattled against the near post.

The Bianconeri continued their push and Chiesa again had a big chance when he glanced a header wide, but he didn’t make the mistake again as he gave the away side the lead. A lovely one-two with Dybala including a behind-the-back flick from the Argentine ended with the former Fiorentina man firing into the bottom left corner past a diving Donnarumma. 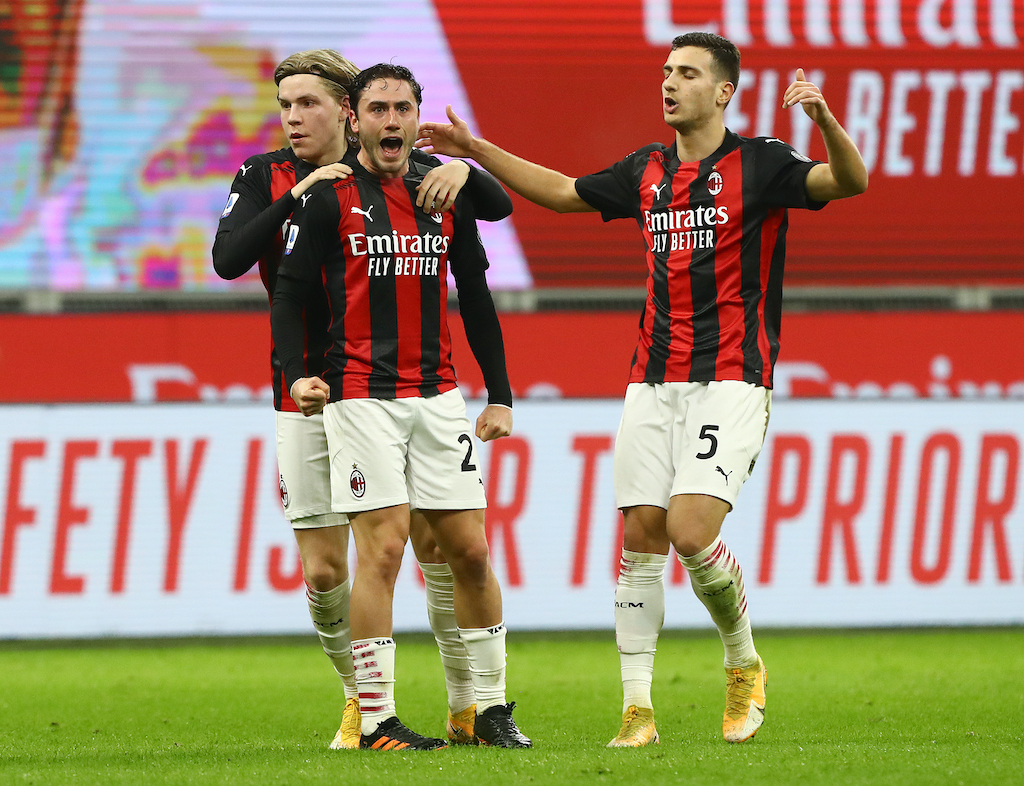 Chiesa again ran riot down the right side and squared to Cristiano Ronaldo, though Romagnoli was equal to the effort with a fantastic block on the edge of the six yard box.

The two teams kept trading punches and Leao was very close to levelling proceedings when he chopped back onto his left foot and almost curled one right into the top corner.

Milan just could not get a handle on Chiesa, and the 25-year-old weaved his way past Kessie and Romagnoli into another shooting chance that Donnarumma easily parried in the end.

The visitors nearly threw away their advantage when Ramsey surrendered position inside their third and Szczesny had to be alert to stop Leao’s fierce shot from Hauge’s feed.

Calabria became the latest to let fly 12 minutes before the break when he was allowed to stroll forward and shoot from 25 yards though his attempt sliced over. Szczesny saved moments later from a Calhanoglu fizzer from just outside the area.

The Polish goalkeeper was keeping Andrea Pirlo’s men level almost single-handedly, saving firstly from a deflected Calhanoglu shot that was seemingly heading for the top corner and again from the Turk as the ball was recycled.

Five minutes before the break, Milan got the equaliser that their first half play deserved. The Rossoneri won the ball back with Juve on the attack and sprang a break of their own, with Leao darting at the defence and feeding the ball to Calabria who stroked home with a gorgeous first-time sidefoot finish into the top corner.

The first chance of the second half came via the stand-in right-back in Diogo Dalot, with the Portuguese defender allowed to step up and fire from just outside the box and the Juve keeper just about tipped it wide.

There was a big let off for Milan as a free-kick cleared to the touchline was whipped back in by De Ligt but Ramsey sliced his effort into the side netting at the far post when he should have done much better.

Juventus retook the lead just after the hour mark, and it was that man Chiesa again. Having been found in isolation with Theo Hernandez on the right wing, he strode forward before cutting onto his left foot and curling into the far corner in what would be his final contribution of the game. 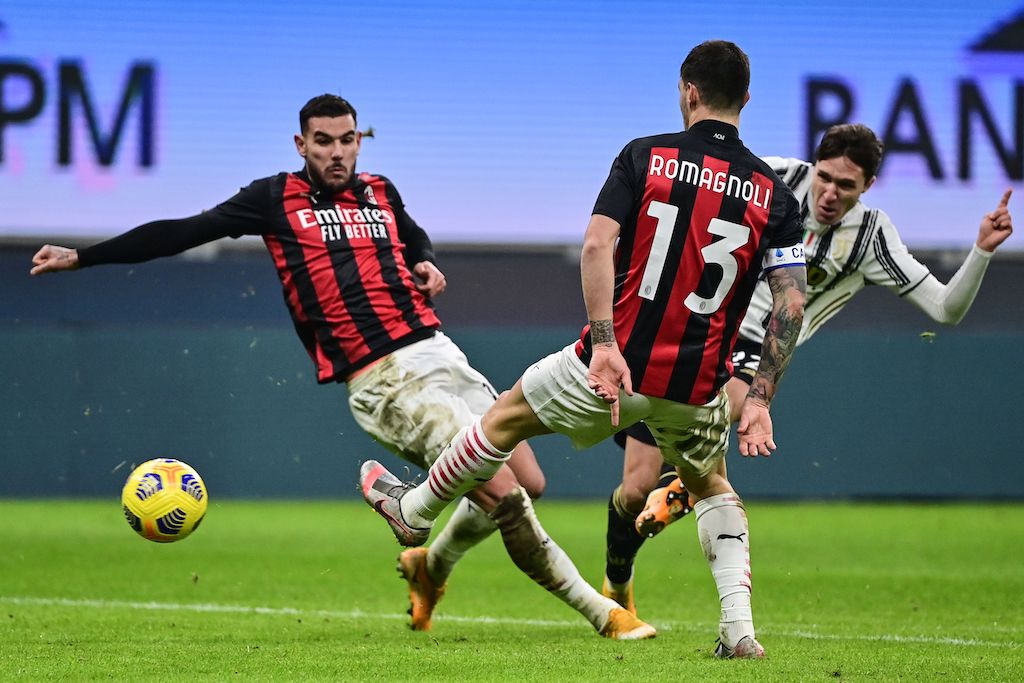 Milan’s first sub of the game came at the midway point of the second half as an exhausted Hauge made way for Brahim Diaz.

There was more hectic action as Castillejo was chopped to the floor by Bentancur on the break but the referee Irrati did not give him a second yellow card, while at the other end Donnarumma did sensationally to stop McKennie’s fierce shot.

Moment later McKennie did get his goal, and the substitute Kulusevski was the man who made it. His marauding run down the right wing allowed him to get to the byline and pull the ball back to the USA international who had the simple task of firing into an empty net.

With the game seemingly beyond Milan, Pioli decided to throw on three substitutes with just over 10 minutes left as Pierre Kalulu, Andrea Conti and Daniel Maldini came on for Kjaer, Calabria and Dalot.

The home side continued to try and push for a goal to get themselves back into the game and Calhanoglu tested Szczesny with a skimming low effort, yet it was an easy save as time began to run out.

Lorenzo Colombo was Milan’s final introduction as he came on for Castillejo just before Romagnoli headed a teasing free-kick over.