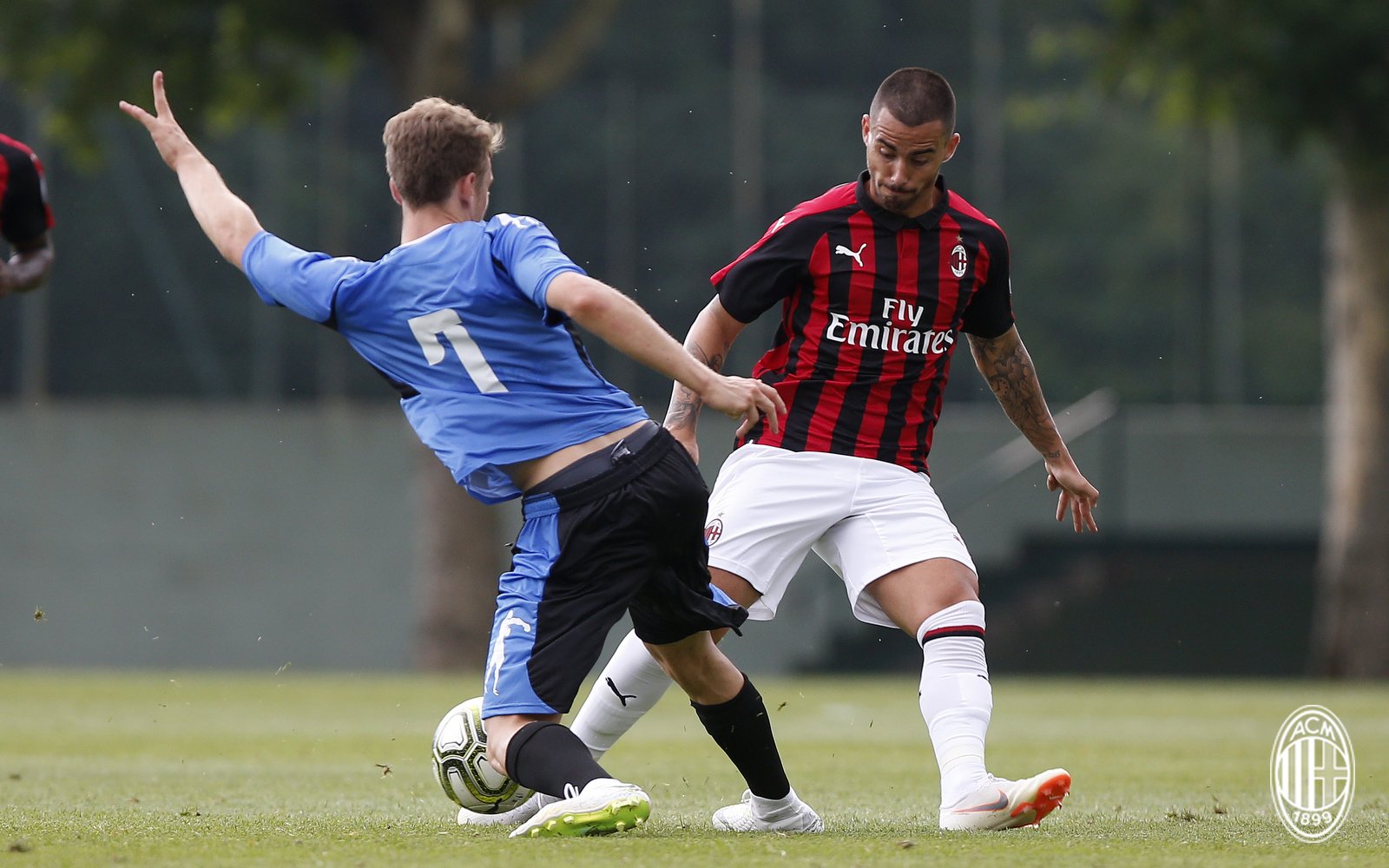 AC Milan began their preseason campaign with a comfortable 2-0 victory over third division side Novara at Milanello.

The Rossoneri took the lead midway through the first half after a somewhat shaky start from Gennaro Gattuso’s side. Suso was tripped following a nice one-two on the edge of the area, and the Spaniard stepped up to routinely despatch a 20-yard free-kick, curling the ball up and over the wall in his typical fashion.

Three minutes before the break Milan doubled their advantage. Franck Kessie found space to shoot just outside the box, and though the shot was well saved it was parried straight into the path of onrushing full-back Davide Calabria who thundered home the rebound to make it 2-0.

Milan controlled the second period as Novara rarely threatened the goal, and Frank Tsadjout should have netted a third for the Diavolo but he couldn’t generate the necessary power from Hakan Calhanoglu’s deft ball.

In the end a useful runout for Gattuso’s side at Milanello, with 19 different players getting an opportunity to impress Rino.