After a rather bitter loss against Juventus last week, the Rossoneri seemed determined to bounce back straight away with a win against a struggling Torino side.

Whilst still missing key players, both Zlatan Ibrahimovic and Hakan Calhanoglu were called up for the game with the later having a minor injury after the Juventus game.

Fortunately for the Rossoneri, the game against Torino looked favourable for them on paper and in this case it was somewhat easy on the pitch as well. Sandro Tonali was back into the squad after serving a suspension ban against Juventus, with Brahim Diaz replacing Calhanoglu in the Starting XI.

It only took the Rossoneri twenty-five minutes to break the deadlock with Rafael Leao scoring after Brahim Diaz had provided a neat assist. The good display by Diaz continued as he dazzled through the Torino defence a few minutes later to win his team a penalty, converted by Franck Kessie to double the lead.

It was a rather boring game from then on as the Rossoneri kept onto the result whilst trying to preserve some energy. Here are five things we learned from the game…

After the loss against Juventus, Milan needed to react quickly and get back to winning ways and they did so in the right way, with Pioli’s men looking well in control throughout the whole game against Torino.

The players did well grabbing the lead and then extending it using the momentum they had. Smart enough, they tried to keep the ball more in the second half and preserve their energy for the upcoming two games in the next week. 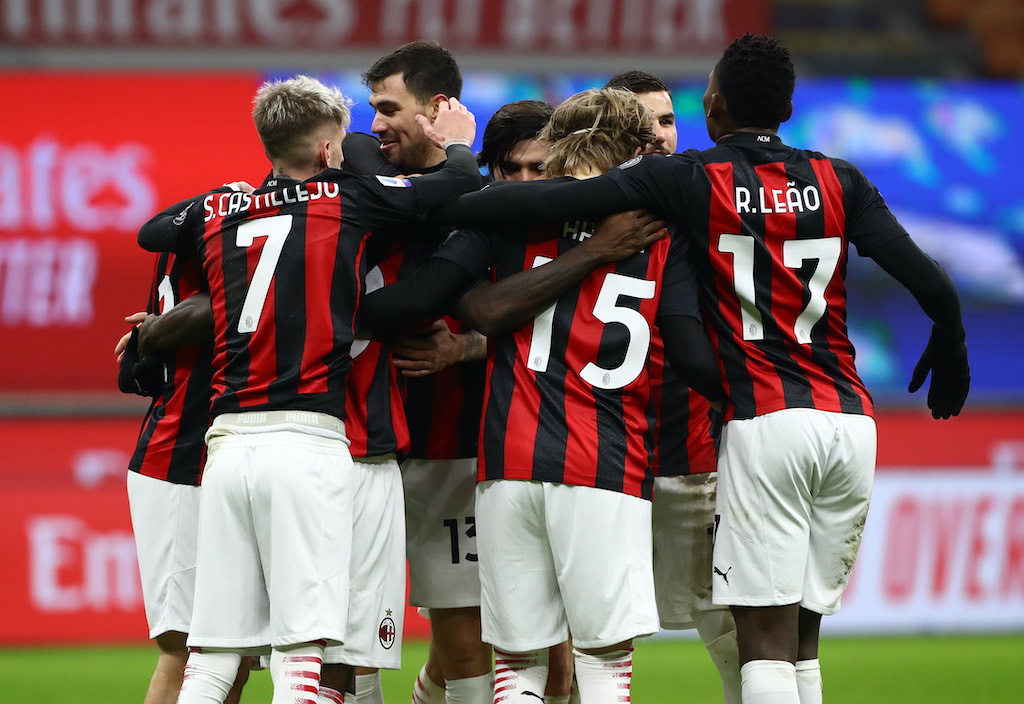 While no one was expecting less from Milan it’s important for their morale that they achieved a win straight away and left the poor result against the champions behind them.

With all absentees as of late, there has been a chance for a lot of players to prove themselves. Jens Petter Hauge is one of those given the chance to showcase his abilities, but has rather disappointed instead.

The Norwegian has had a lot of good moments in the limited time he has played since joined the club. Despite that, he hasn’t been as efficient when given the chance from the start and seems to be lacking something and is not been able to seize the opportunities given to him.

His off the ball movement does deserve credit and he sacrifices himself for the team, but on the ball he just hasn’t done enough as of late.

Unfortunately for Milan, Calhanoglu suffered a slight injury during the Juventus game but for Brahim Diaz that was a chance to prove a point. The Spaniard slotted in well behind the striker and was voted as the man of the match in our ratings.

He got the assist on the first goal and won the penalty converted by Kessie to give Milan their two goal lead. Diaz showed intelligent positioning in between the lines and was heavily involved in Milan’s attacks.

🤔 Man of the Match performance?

The game also shows that Brahim is at his best when playing behind the striker and not on the wing, but Calhanoglu has been performing and it is hard for the Spaniard to get the nod over him.

Theo Hernandez had a rough time last week against Juventus and in particular against Federico Chiesa with the Italian managing to get past Theo on two occasions to score a brace and give the champions all three points.

That was a rare sloppy performance by Hernandez and he was back at his best against Torino being heavily involved in the opening goal.

He was a constant threat going forward causing a lot of problems for Torino and after the two-goal lead he was solid at the back to help keep the clean sheet. Definitely a good reaction from the Frenchman.

Rafael Leao has been doing really well playing as a striker in the absence of Zlatan Ibrahimovic managing to lead Milan’s front line in a different but still effective style. The Portuguese has been improving in terms of efficiency in the final third and has already managed five goals and four assists in Serie A in 13 games.

Leao has seemingly grown since last season as the youngster is being more and more consistent with every game and a has been real engine for his side. Seeing him glide past players should put a smile on every fan’s face as the former Lille player does have something special.

That being said, with the consistency improving and the numbers growing, Pioli will have the tough task to chose between him and Rebic when both of them are fully fit.