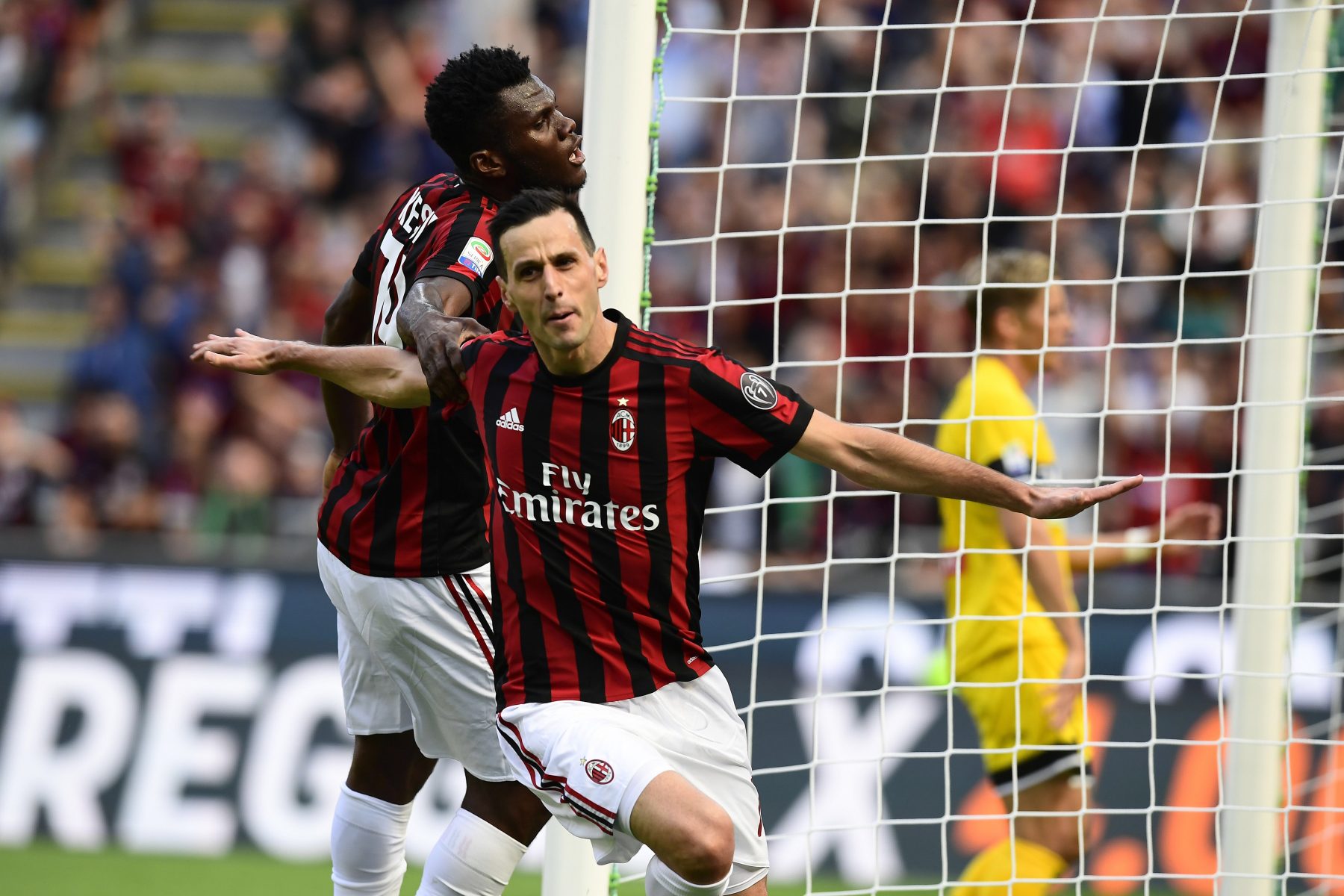 The Rossoneri returned to Serie A action today versus Udinese, following up their dominant mid-week performance in the Europa League with another impressive victory at the Giuseppe Meazza Stadium.

Nikola Kalinic scored twice for Milan either side of an equaliser from Kevin Lasagna as Vincenzo Montella’s side moved up to fourth in the Serie A table after four games.

The game got off to an inauspicious start, with the Rossoneri dodging a bullet in the ninth minute, as Matteo Muscacchio lost track of his man, leading to a disallowed goal for the Friuli that was judged to be offside via video review.

The Rossoneri would quickly turn things around, however, with Davide Calabria placing an excellent low cross into the path of Nicola Kalinic for an easy tap-in goal.

The first half was well played by the Rossoneri, with the notable exception coming in the 27th minute, as Alessio Romagnoli was at fault for an Udinese goal after playing a pin point cross right into the path of the onrushing Kevin Lasagna – who had already scored a disallowed goal several minutes prior.

This was quickly followed up in the 30th minute with another easy tap-in for Kalinic off of a flick from Franck Kessie.

📺 A second goal for Nikola Kalinic restores the advantage for #ACMilan!

The second half got off to a promising start, with Jack Bonaventura nearly getting on the scoresheet from a bicycle kick near the six-yard box. However, Romagnoli’s defensive woes would continue, as he nearly allowed a game-tying goal after losing track of Seko Fofana.

Patrick Cutrone and Hakan Calhanoglu would come on in the 69th minute to give Milan a slightly more attacking side. These changes nearly paid instant dividends, as Cutrone was mere inches away from getting a touch onto a rebound from a hard-driven shot by Calabria.

Nicola Kalinic looked to have made it three goals on the day in the 82nd minute, after calmly slotting home a well-weighted ball from Franck Kessie, only to have the goal be disallowed for offside after video review.

Coach Vincenzo Montella decided to opt for a move defensive setup in the 84th minute, bringing on a midfielder in the form of Manuele Locatelli to replace Kalinic. This move would prove effective, with the Rossoneri seeing out the rest of the game to claim a 2-1 victory at home against an Udinese squad that had beaten them twice in the previous season.