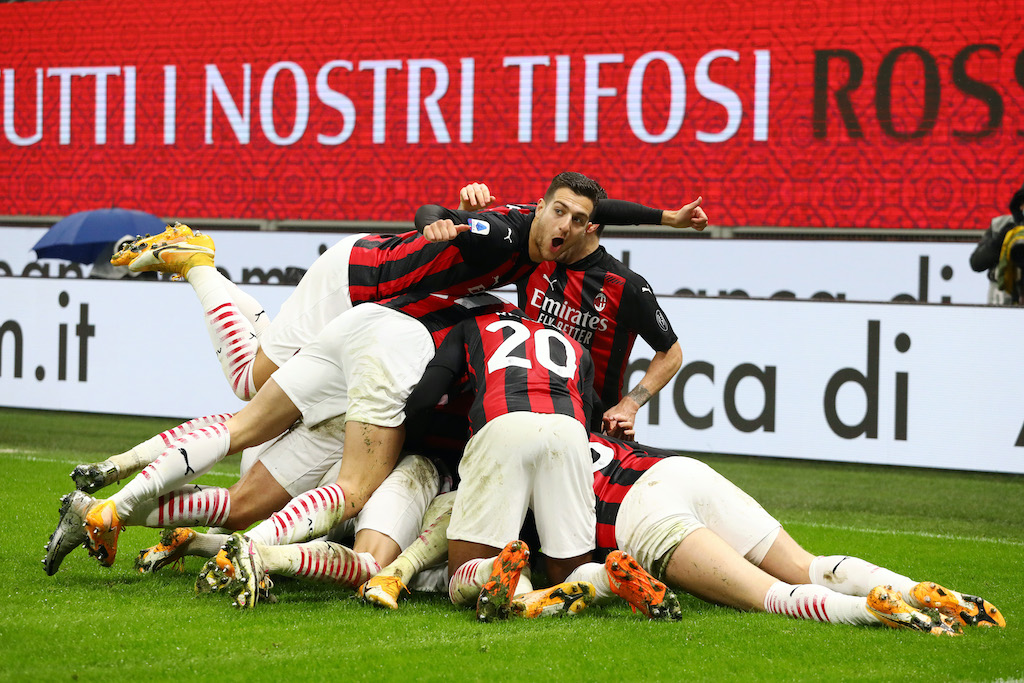 AC Milan 3-2 Lazio: Five things we learned – plenty up for the fight amid some sour notes

After a well deserved three points against Sassuolo, Milan had the task of hosting Lazio in the last game of 2020.

Fortunately for Milan, they had Rebic and Tonali back in the squad after slight injuries, but were missing Franck Kessie as he was suspended for the game. Lazio, on the other hand, came with ambition to the San Siro after defeating Napoli 2-0 in the previous round.

With all the circumstances around Milan, fans and media were far from confident that the Rossoneri could finish the year with a win as the team was without Zlatan, Kjaer, Gabbia, Bennacer and the suspended Kessie.

Pioli chose Krunic and Tonali to replace Bennacer and Kessie while Kjaer and Gabbia’s absence was filled yet again by Pierre Kalulu.

Despite all the negatives, the game started on a high for Milan as they opened the scoring through Rebic with the Croat finally getting a goal to his name. Seven more minutes were needed for Milan to strike again, with Rebic earning his team a penalty kick converted by Calhanoglu.

It was after the two goal lead that the struggles began with Lazio being the team in possession for the rest of the first half and eventually getting one back after a saved penalty by Donnarumma headed onto Correa’s head and the Argentine did no mistake.

It was a dramatic second half to say the least as Lazio continued to press and got their equaliser through Ciro Immobile. It was the final minutes of the game that Milan somehow found the energy to attack, mainly from the left side with the tireless Theo Hernandez and it was the Frenchman who won the game through a header from a corner.

As we mentioned Milan are having some trouble with absentees, but their squad looks to possess enough depth to fight back and while Ibrahimovic and Kjaer are injured, Theo and Hakan have stepped up to lead to team yet again.

The Turkish international managed two assists and a goal to his name against Lazio, dropping deep to help Krunic and Tonali in midfield and helping the team transition to attack.

Theo on the other hand was at his usual best dealing with Lazio’s attacks at the back but also being a constant threat going forward. The Frenchman’s winning mentality is something else to say the least.

He was bursting forward like a madman the last five minutes creating chances for his team and one in particular for Rebic that should have gone in. Despite that however, the left back’s stubbornness proved him right as he managed to get his team all three points in the end after Hakan’s corner kick.

🤩 Imagine a perfectly guided near-post header like this in the 92nd minute. Carnage.

Ante Rebic was finally played in his preferred left wing position with Rafael Leao playing as the striker instead. The Croat immediately made an impact as he managed to open the score through a header early on and won his team a penalty just seven minutes after the first goal.

Rebic definitely feels better playing on the left as he combined well with his team-mates on multiple occasions, and it seems to unlock Theo through the chemistry and understanding the pair have have.

Ante also missed a couple of chances in the dying seconds but was saved by Theo’s winner. Overall, though, the signs are encouraging that he can recover his form.

With the absence of both Kessie and Bennacer, Milan’s defence was exposed as Krunic and Tonali couldn’t quite do as well in the defensive phase.

However, Romagnoli and Kalulu did quite well under pressure. While Kalulu was at fault for conceding the penalty and could have done slightly better on the second goal, the youngster had yet another solid performance as he shouldn’t be really blamed for the easy penalty given against him.

The Frenchman however had a big role in the build-up to Milan’s winner as he won an header against Muriqi showcasing his athleticism as the youngster is roughly fifteen centimetres shorter that the Lazio man.

💪 Another important start in the books.

While a lot of people stepped up against Lazio, Tonali and Krunic were not included in that. The Italian was fairly good when on the ball, but wasn’t as dominant in the defensive phase as he was expected to be.

There was not much to say about Krunic other than that the Bosnian was guilty of more poor decisions that good ones. He seemed out of focus throughout the game and did little to help his team.

The game against Lazio just showed us why the management are on the look for a midfield reinforcement in January if the opportunity arrives.

As the year comes to an end, we should say it surely was a good one for Milan as they completely changed the way they play and the way they react to difficulties.

The mentality of the team has drastically changed since Zlatan and Kjaer’s arrival and we see a lot of leaders on the pitch one. Romagnoli, Calabria, Theo, Hakan were pushing forward even when they were tired in order to get the most out of the game.

Despite all absentees Pioli has had to dealt with the team always seems to find a way to react. While it may be early to talk about a title, it’s only fair to say that this Milan said has been on the upside for a calendar year now, only improving with time and that luck is not a factor. Milan keep going strong and finished the year like champions.