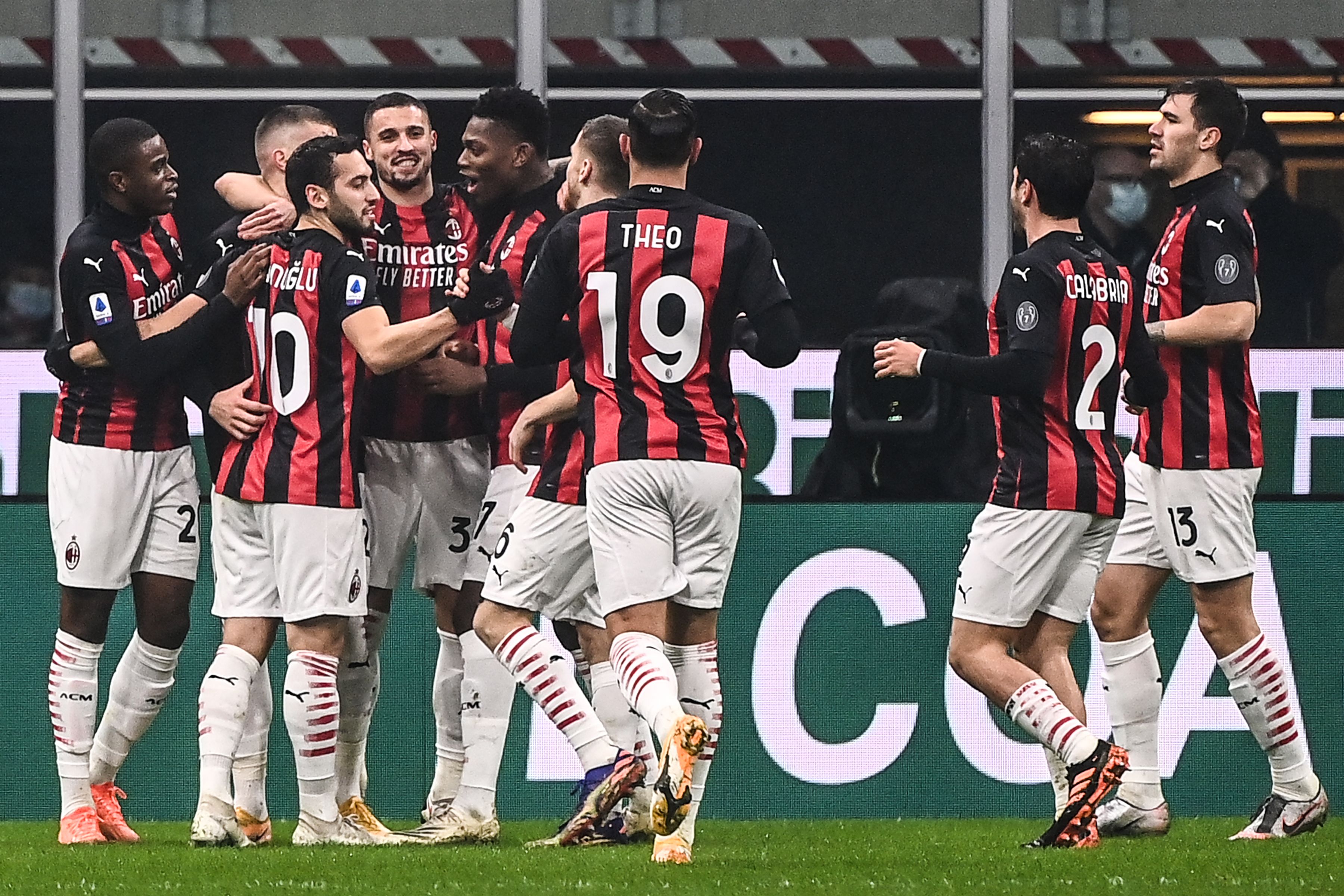 AC Milan surrendered an early two-goal lead at San Siro on Wednesday night, but they scored an injury time winner to take all three points.

The Rossoneri got themselves in the driving seat thanks to a header from Ante Rebic and a penalty from Hakan Calhanoglu, but they were unable to keep the away side at bay.

They got back into the game as Ciro Immobile saw his penalty saved and Luis Alberto headed in the rebound, and Immobile netted to level the game at 2-2 early in the second half.

It looked like the spoils would be shared, but Theo Hernandez popped up with a near post header to snatch all three points and keep Milan top of the table.

With Zlatan Ibrahimovic, Simon Kjaer, Matteo Gabbia, Ismael Bennacer and Franck Kessie all out for the game, head coach Stefano Pioli was forced into changes. Two changes were made to the team that beat Sassuolo as Rade Krunic and Ante Rebic came into the starting XI.

Milan had the first big chance of the game in the fifth minute as Kalulu made an excellent interception in midfield and Rebic provided an excellent cut-back to Calhanoglu, who fired over the bar first time when he really should have hit the target.

Lazio’s first attempt on goal came not long after as the away side worked the ball around well before Radu shot over from around 25 yards, though Milan invited him on a bit too much.

In the 10th minute, the Rossoneri took the lead and it came from their first corner of the game. A beautiful delivery from the Calhanoglu on the left side met the head of Rebic, who nodded home from the edge of the six-yard box.

Six minutes later, it was 2-0 and it came via the penalty spot. Patric was adjudged to have blocked Rebic’s shot with his arm and after a VAR review the goal was upheld, and Calhanoglu stepped up to thump home the spot kick and double the advantage.

There was a moment of panic midway through the first half as Donnarumma went down with what looked like a calf problem, but he continued and made a smart near post save to deny Joaquin Correa moments later.

In the 27th minute Lazio were awarded their own spot kick for a foul by Kalulu as a corner came in, and they converted via a huge stroke of fortune. Immobile’s penalty was saved onto the post by Donnarumma, however Alberto rose to head home the rebound with the Italy international stranded on his line.

Donnarumma was called into action a few minutes before the break as a corner from Luis Alberto nearly curled its way inside the near post, but Gigio was alert enough to punch out for another corner.

The away side had half appeals for a penalty waved away in the last action of the first half as Krunic and Immobile both went to ground, though replays showed the Bosnian had done well to position his body between the striker and the ball to earn a free-kick.

The Rossoneri had the first chance of the second half less than three minutes in as a corner taken short was whipped towards the far post by Calhanoglu was close to meeting the head of Romagnoli, though it just evaded the captain.

Simone Inzaghi’s side responded with a chance of their own not too long later as a ball was pulled back to the substitute Muriqi inside the Milan box, but the Kosovo international dragged his effort wide of the far post.

Donnarumma was called into action for the first time in the second period eight minutes in as Immobile fired from distance, though thankfully for Gigio his compatriot hit it straight down the middle of the goal and it was a straightforward save.

Milan continued to make inroads thanks to their press and counter, and Saelemaekers should have done much better just before the hour mark when he miscontrolled a cut-back from Calhanoglu on the edge of the area.

It was however the visiting side that drew level on 59 minutes, and it was Immobile who got his name on the scoresheet. A lovely first time ball over the top from Milinkovic-Savic found the No.17 who fired in with a fantastic finish at the first attempt past Donnarumma and inside the far post.

Pioli made his first substitution with 25 minutes of the game remaining as Saelemaekers made way for Samu Castillejo, with the Belgian having been dynamic but overall wasteful.

The chances were coming for Lazio and Luis Alberto should have do much better than shooting straight at Donnarumma when he drove down the middle on the counter-attack.

Inzaghi’s side continued to pile on the pressure and Milan were lucky on two occasions inside the last 20 minutes; the first when Immobile saw a shot from the edge of the box deflected for a corner, and the second when the resulting corner was glanced on at the near post and saved by Donnarumma.

Pioli rolled the dice again with just under 12 minutes left as Jens Petter Hauge came on in place of Leao.

Rebic had two huge chances inside the final five minutes to win the game for Milan. The first came as Theo Hernandez found him with a pull-back to the penalty spot that Pepe Reina did well to get down and save, and then just moments later Calhanoglu put the Croatian through on goal but he dragged his effort wide.