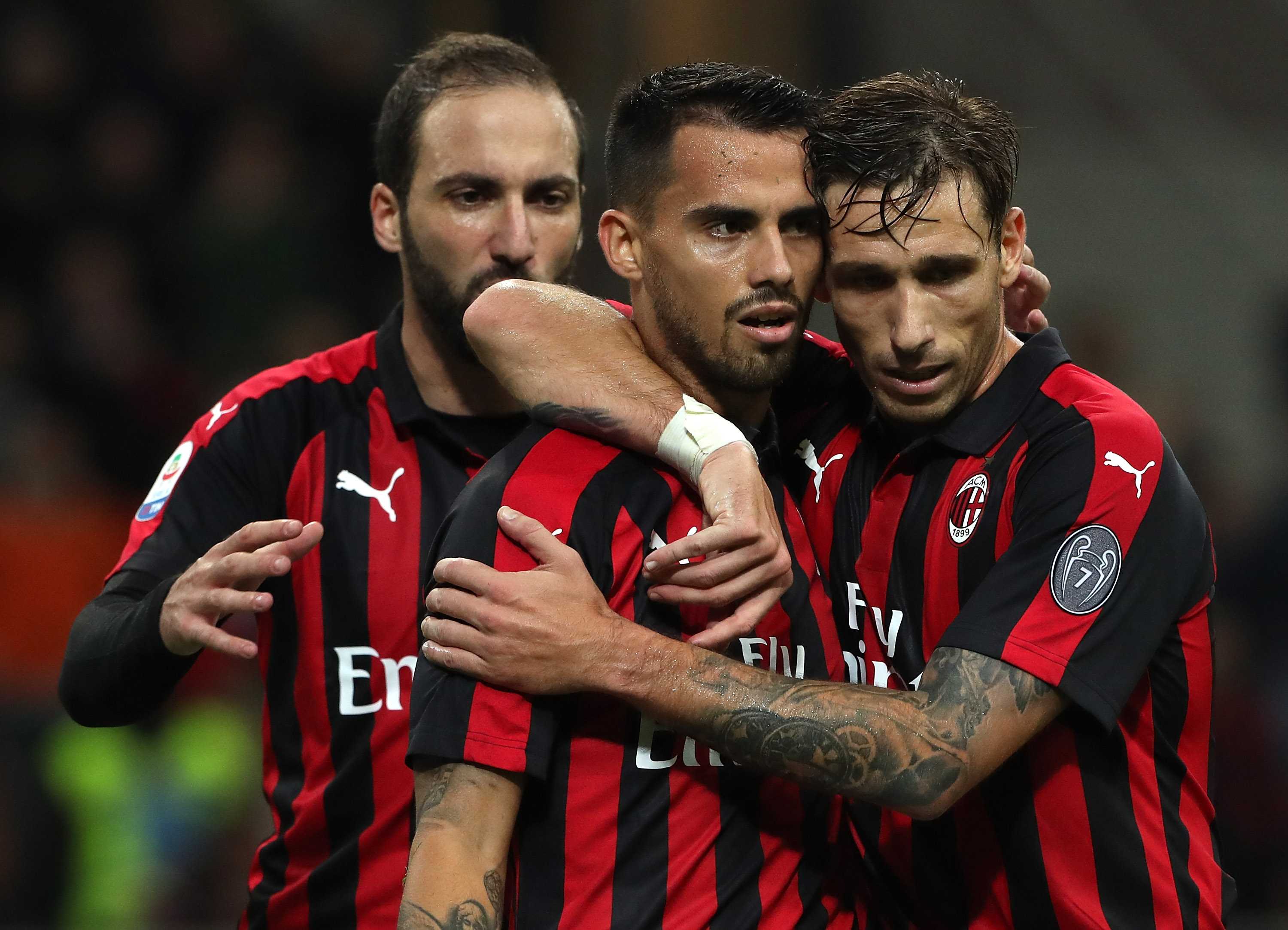 Gattuso’s men came away with all three points against Sampdoria as Suso scored the winner in the second half. Here is the match report of the game.

AC Milan got the first chance of the game as Samp’s keeper, Audero, failed to clear the cross properly with his fist. Higuain brought it down with his chest before rifling the ball, however, he failed to get it on target.

Gattuso’s men then enjoyed some possession but failed to break down the Samp defence. A moment of brilliance was needed from Calabria, who found Suso with a great ball over the top. The latter then managed to pick out Cutrone in the box, and so it was 1-0 after 18 minutes.

WATCH: Cutrone breaks the deadlock, Suso with the assist! pic.twitter.com/t5nkcHBrj7

However, the lead didn’t last long as Quagliarelly brilliantly started a counter-attacking move for the away side, eventually finding Saponara on the left flank. The former Milan man made no mistakes, cutting inside to put the ball through the legs of Musacchio. No clean-sheet this evening for Donnarumma, in other words.

Things went from bad to worse just nine minutes later as Saponara returned the favour to Quagliarella, picking him out with a great cross. The veteran striker made no mistakes, placing his left foot to the ball. 1-2 to the away side, and Milan were once again troubled.

As if things were over then, Suso did well to pick out Laxalt in the 36th minute. The Uruguayan headed the ball to Higuain, who played a one-two with Cutrone before the scoring the equaliser. 2-2 heading into the half-time break.

WATCH: Higuain and Cutrone combines to make it 2-2! pic.twitter.com/6urJvKu09R

The second half, as opposed to the first, didn’t offer as many goals, but for Milan fans it was just as tense.

The Rossoneri got the first chance as Laxalt found Higuain in the box, who tried his luck with a left-footed strike. It seemed like an easy save for Audero but the goalkeeper spilt it in the end, nearly causing worry for the away side.

The goalkeeper was then called into action once again as Suso was responsible for a rocket from outside the box, which was parried by Audero. However, the latter couldn’t do much three minutes later as Suso once again cut inside on his left, before curling it with his left foot, making it 3-2 to Milan.

The game then slowed down, as expected, and Gattuso brought on the likes of Castillejo, Abate and Calhanoglu. Laxalt got Milan’s last real chance of the game as he almost stumbled in a cross from Suso, hitting the post.

Sampdoria didn’t create much more either, but certainly, put pressure on the Rossoneri in the end. Milan, however, stood tall and grabbed a much-needed victory.