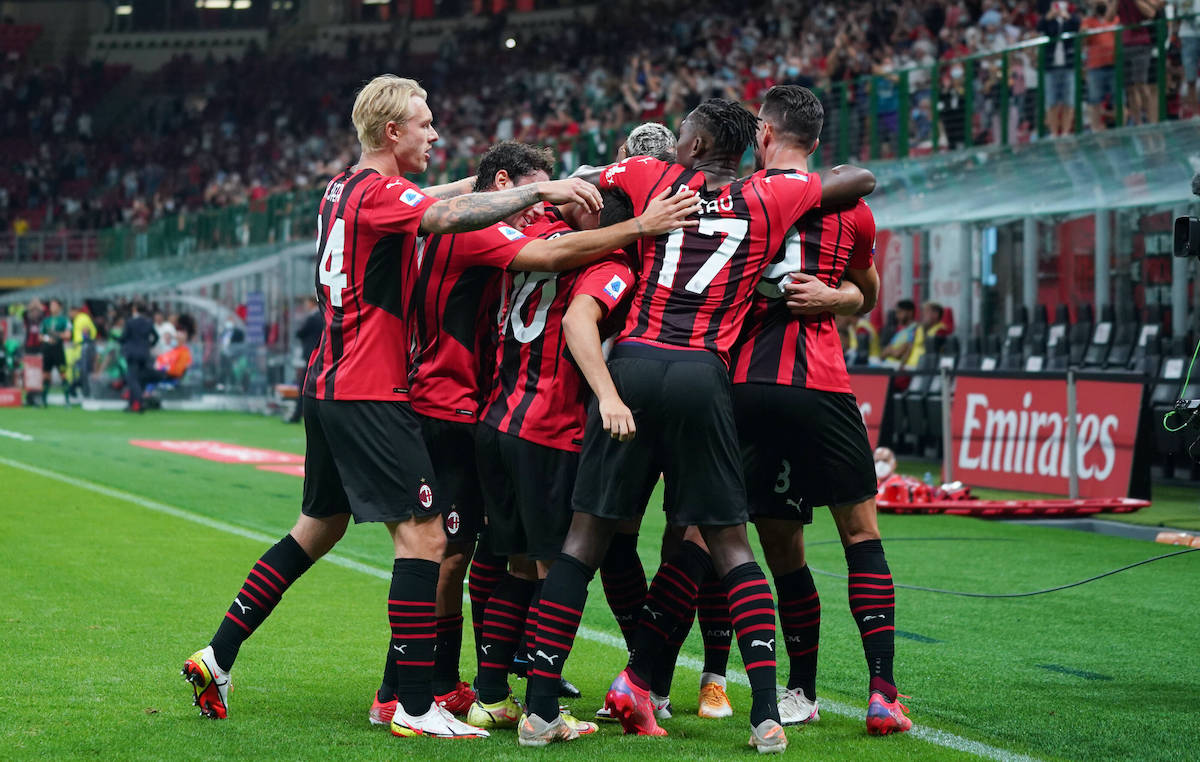 AC Milan made a statement in their first home game of the season as a ruthless first half display saw them beat Cagliari 4-1.

All five goals came in a frantic opening 45 minutes at San Siro, with the first coming via a Sandro Tonali free-kick in what was his first in a Rossoneri shirt. The away side levelled within two minutes from Deiola, but all that would do is awaken the beast.

Milan retook the lead not long after having given it away, with a Rafael Leao shot hitting the backside of Brahim Diaz and going in, and the goal was later awarded to the former as it was going in anyway.

Olivier Giroud got his first goal for Milan with an excellent finish inside the far post from a Brahim Diaz feed, and then he was to score again before the interval from the penalty spot.

The result moves the Diavolo fourth ahead of the international break as one of four teams who have six points from six to begin the new season, ahead of challenging games against Lazio, Liverpool and Juventus after the national teams are done.

Stefano Pioli made no changes to his starting line-up from the team that won 1-0 against Sampdoria on Monday, with Rade Krunic again selected alongside Sandro Tonali in the double pivot as Ismael Bennacer is not yet at 100% fitness.

Milan had their first real chance of the game inside the opening three minutes as they aimed to build some early pressure, with Alexis Saelemaekers cutting in onto his left foot and whipping a brilliant ball onto the head of Olivier Giroud, who got there ahead of the goalkeeper Radunovic but put it over the bar.

The Rossoneri had a clear cut chance to open the scoring five minutes later as a fantastic flick from Giroud put the onrushing Rafael Leao clean through on goal. As the Portuguese forward hesitated to pull the trigger, Ceppitelli was given the time to slide in and block his shot as a huge opportunity went begging.

In the 12th minute, Milan did take the lead that their early pressure deserved. Saelemaekers was brought down 20 yards out setting up a perfect free-kick left of centre for Tonali, who stepped up and whipped an inch-perfect set piece over the wall and inside the near post.

However the lead would not even last two minutes as the visitors got themselves back on level terms. Joao Pedro found space to clip a cross towards the far post where Deiola was waiting to pop up and head brilliantly back across goal, with the ball cannoning in off the far post.

Parity would not last long though as Milan were ahead again in the 17th minute through a stroke of good fortune. Leao picked the ball up 25 yards out and decided to shoot on his right foot, and his fizzing effort caught the backside of Brahim Diaz, wrong-footing Radunovic and nestling into the back of the net.

Seven minutes later it would be 3-1 to Milan as Pioli’s side threatened to run riot. The Diavolo won the ball back in midfield and Brahim Diaz led the charge on the break, waiting for defenders to commit before feeding Giroud who swept home with a perfect first time finish.

Milan were well on top and looked like scoring every time they went forward, with Tomori the latest to draw a save from Radunovic with a close range effort amid chaos inside the box.

Four minutes before the break Milan were given a chance to get their fourth from the penalty spot. Good work from Leao found Brahim Diaz, whose shot cannoned into the arm of Strootman and was initially given as a free-kick and a yellow card. VAR intervened, rightly gave a penalty kick and Giroud stepped up to secure his second of the night and make it 4-1.

The early exchanges of the second half could best be described as scrappy, but the away side provided a reminder of the threat they can pose when allowed time and space to cross as Pavoletti got on the end of a whipped delivery but sent his header wide with Maignan stranded.

Milan had Cagliari on the ropes as they looked for a fifth goal that in all truth would not have flattered them. Godin was forced to make a vital intervention from a free-kick to deny Giroud a tap-in for his hat-trick, and a desperate deflection on the edge of the six-yard box was all that stopped the Frenchman getting an easy finish from Leao’s cut-back.

A triple sub came midway through the second half as Ante Rebic, Ismael Bennacer and Alessandro Florenzi were brought on in place of Leao, Tonali and Saelemaekers.

As the minutes ticked by it was actually the away side who looked more like getting the next goal, with Maignan called into action to make a fantastic save from a Lykogiannis free-kick that was heading in at the near post.

The Sardinians kept up their pressure and there was relief when a Pavoletti shot was deflected wide, but from the resulting corner Milan switched off again and Marin thankfully glanced a free header wide from the penalty spot.

With just over five minutes left on the clock Daniel Maldini came on for Brahim Diaz and the final big chance of the game fell to Rebic as he shot over from the edge of the box in space, but it did not take the gloss off an excellent performance and three more crucial points.