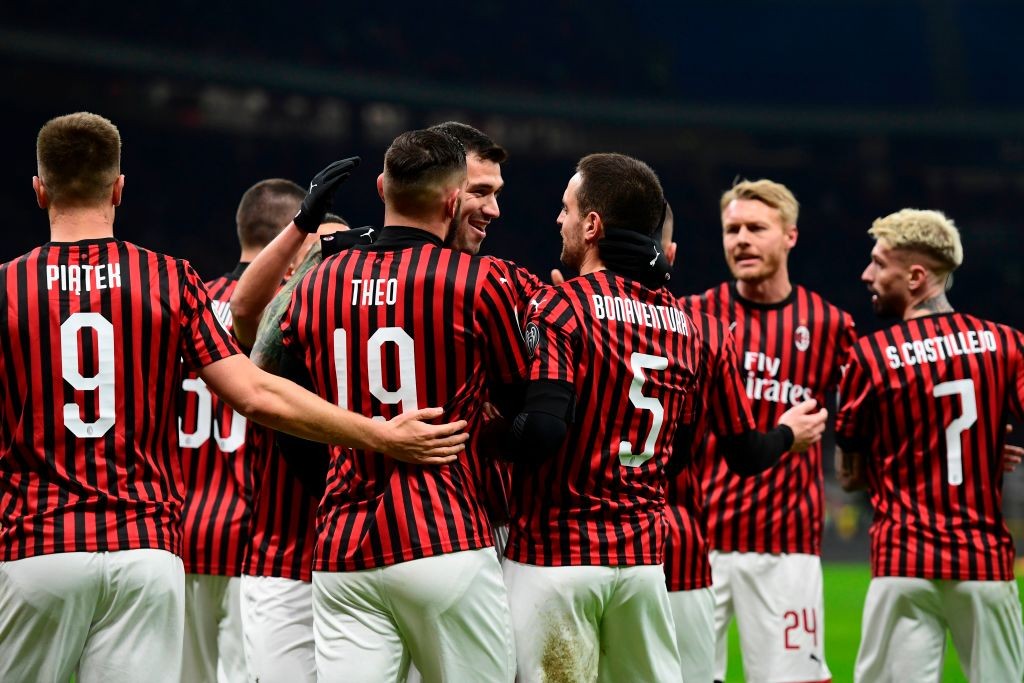 Milan hosted Torino in a midweek Coppa Italia game which started with a minute silence in honour of NBA legend Kobe Bryant who tragically passed away on the 26th of January.

Milan boss Stefano Pioli made four changes to the line-up which won in Brescia on Friday as Ante Rebic and Krzysztof Piatek got the nod up front. Giacomo Bonaventura started on the left in place of Hakan Calhanoglu, while Franck Kessie was rested as Rade Krunic came in.

With Bonaventura scoring the opener, Milan seemed in control of the game but allowed their opponents to make a comeback and lead 2-1 through Bremer’s brace.

Fortunately, Pioli’s subs and in particular Hakan Calhanoglu had other plans for the night as the Turk scored a late equaliser to get the game into extra time before giving his team the lead with a screamer a few minutes later.

Not a vintage performance by the Rossoneri, but an entertaining game and one which will hopefully be a revival for Calhanoglu.

We wont spend too long dwelling on this as our writer Maxi Angelo has already done an excellent standalone piece, but Stefano Pioli does deserve credit for subs which changed the game.

Zlatan Ibrahimovic, Rafael Leao and Hakan Calhanoglu all came on before the end of the 90, and the Swede’s presence along seemed to lift the spirits of the entire team along with the two other entrants.

Leao and Calhanoglu were decisive game changers (more to come on that) while even Franck Kessie’s introduction before the second half of extra time helped add energy and physicality to the midfield so Milan could continue dominating and ultimately avoid penalties.

Many have been wondering when a big performance from Calhanoglu was coming, with the Turkey international long overdue a display like the one we saw.

Simply put, he was the match winner on Tuesday night, scoring twice with efforts from distance and ultimately looking exceptional upon his entry into the game – offering far more than Jack Bonaventura had prior.

The key now is consistency; we have seen the rebirth of Ante Rebic and Samu Castillejo, but now Calhanoglu must knuckle down and prove that he has this kind of shooting ability and eye for creativity all the time.

One player who has come under criticism in recent weeks from certain members of the fanbase – rightly or wrongly is Rafael Leao. The early signs of his pairing with Ibrahimovic looked good, but he has been quiet in recent games from a creativity standpoint.

However, on Tuesday night that all changed. His arrival onto the scene saw Milan look instantly more dynamic; he spread the Torino back three allowing space for Ibra and Hakan, he got between the lines well and should have ended up with two assists.

Pace, dribbling and technical ability are three quarters of what makes an excellent striker. At the most only a killer instinct in front of goal is missing before we can truly call Leao the next big thing.

The right side of Milan’s defence has come under a lot of criticism this season, especially given the inconsistency at both right-back and the right-sided centre-back positions.

However, Simon Kjaer – who started again over Mateo Musacchio – and Andrea Conti actually did a decent job on Tuesday night. The Denmark captain in particular showed dominance in the air and blocked almost everything which came his way, including a heroic intervention in extra time.

Conti had a better game defensively but still looks shaky, though the fact the two goals conceded came down the left side (first goal) and a set piece (second goal), there are signs of encouragement regarding Milan’s problem area.

It could also be argued that the win over Walter Mazzarri’s side exposed some of the gaps in Milan’s squad at present, with the transfer deadline approaching on Friday.

Giacomo Bonaventura can’t seem to settle on the left side midfielder while Calhanoglu looks more comfortable and more dangerous centrally, meaning that is an area that could be addressed.

With Suso’s departure all but confirmed, a back up is needed for Castillejo so the Spaniard can have a rest. Piatek leaving means Milan have become over-dependant on a 38-year-old Ibrahimovic, and there is still no true alternative to Bennacer-Kessie in the midfield.

All these are things that desperately need addressing, especially with the business end of the season looming and a European spot now firmly up for grabs.