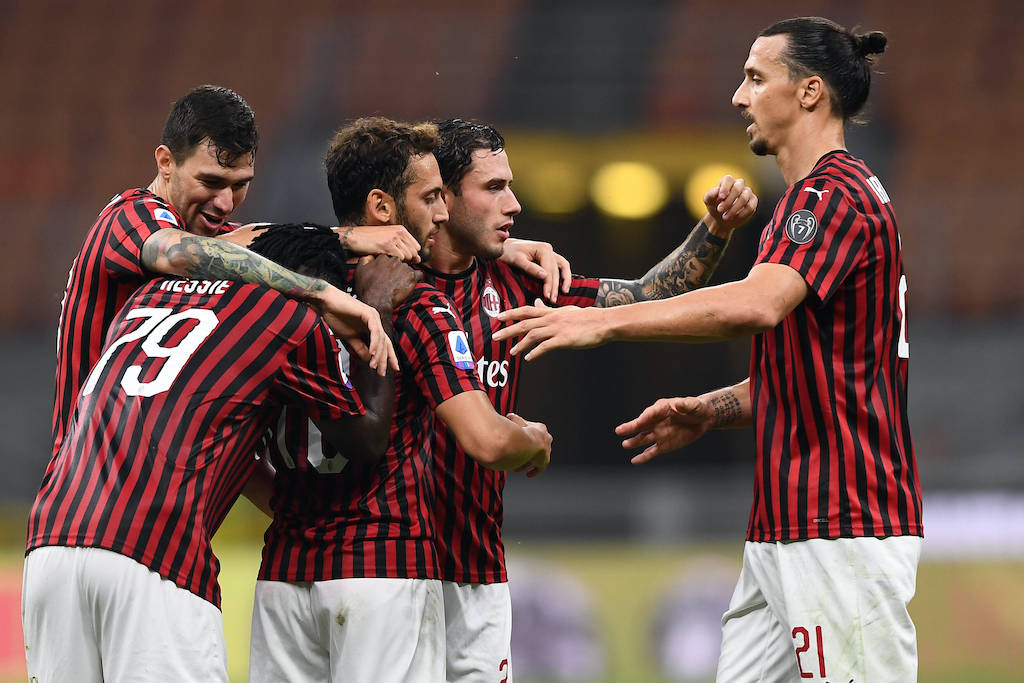 AC Milan 5-1 Bologna: Five things we learned – A night of firsts and a breath of fresh air

It was yet another fantastic night for the Rossoneri as they managed the biggest win of the season, beating Bologna 5-1.

Pioli started the game with Calabria, Saelemaekers and Rebic in favour of Conti, Bonaventura and Leao in the starting XI.

Milan pressed high up the field from minute one and created chance after chance. Only ten minutes were needed for the Rossoneri to score the opener through Saelemaekers, marking his first goal in red and black.

It was a night for debut goals as Ismael Bennacer scored his first one as well later on in the second half. In addition Rebic, Calhanoglu and Calabria added one each to put the result beyond doubt…

Here are five things we learned in what was a fantastic game to watch, full of chances and attacking football…

It was the biggest win of the season in terms of margin and there was wonderful football to back it up. This side has been something special since the restart of Serie A, proving a lot of doubters wrong.

Since the resumption of Serie A, #ACMilan have scored the most goals in the league with 25.

Pioli and his players have done a fantastic job, and the Italian does not seem to be affected by the Ralf Rangnick rumours at all. A lot of players have finally stepped up such as Kessie and Calhanoglu and that – combined with the uptrend of Rebic and Bennacer since early 2020 – has been doing wonders for Milan.

The mentality is different as well, and we have seen that every time the team have been knocked back they have got up and swung back harder. It is simply a remarkable transformation.

2. A breath of fresh air

Calabria was given his chance in the starting XI and it was a marked improvement from the Primavera product. His defensive work looked solid and going forward he seemed confident showing some good combinations with his teammates and using his pace to exploit the free space he had been given at times.

He is surely an upgrade to Conti, who has been Milan’s worst player since the restart of Serie A, albeit not absolutely awful. Hopefully, Calabria will be given some more time before the season ends to prove that he has a future with his boyhood club.

Theo Hernandez has been dominant on the left for Milan this season and he was phenomenal against Bologna as well.

It looks like nobody can stop the Frenchman going forward but this game he also showed very positive work at the back. He was solid when defending, with a few key tackles and combined with his explosiveness to go forward he looked simply invincible.

A joy to watch and hopefully the youngster isn’t going anywhere anytime soon, and it must also be noted that he shut down Bologna’s main threat in Riccardo Orsolini. An almost faultless performance.

Ismael Bennacer was another player that had a fantastic night at San Siro. The Algerian dominated the midfield and scored a splendid goal to open his count for the Rossoneri.

The former Empoli man has been making a big difference in the midfield as seen in the final quarter of the game when he was subbed off. His game has been constantly improving and in terms of discipline he has been receiving less yellow cards as well.

Attracting a lot of interest from big clubs in Europe, the management will be trying to keep him at Milan and involve him in their project for years to come.

This season has been a rollercoaster for a lot of reasons, but the campaign Ante Rebic has had means he probably typifies that perfectly.

The Croatian was not involved at all really prior to Christmas, but has been phenomenal since the arrival of Pioli and he cannot stop scoring. His brilliant run of form, combined with another factors as well, has helped Milan play so impressively as of late and prove everyone wrong.

In 2020, only Erling Haaland (13 goals) and Robert Lewandowski (12) have scored more goals than Ante Rebic (11) among the top-5 European Leagues, excluding penalties.

But Rebic has more to his game than scoring. The former Eintracht man has shown amazing work rate, pressing high up the field and always being a trouble for the opposition. He has added a few assists to his name as well, but it doesn’t end there.

The world cup finalist has gained confidence and is showing more and more his abilities to take on defenders and use his dribbling and pace to push through the opposition, particularly teams that try to play a low block.

It has been a year to remember for Rebic and hopefully he will continue to improve and have a big part in Milan’s next season.