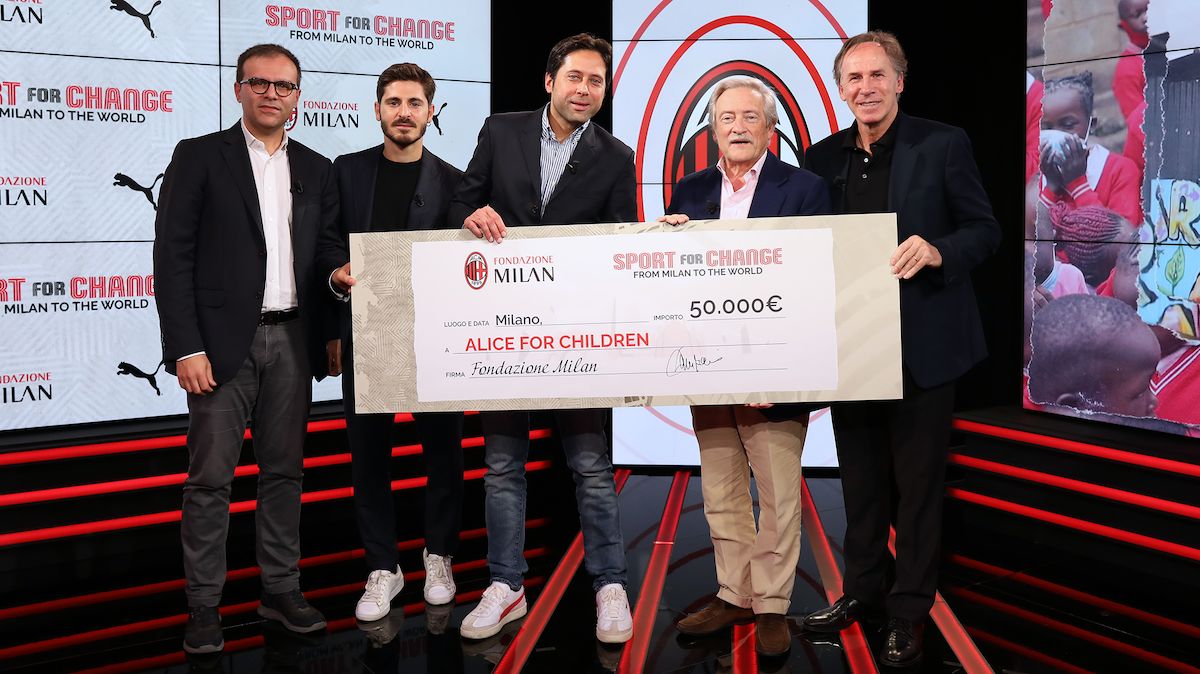 AC Milan have announced the winner of the “From Milan to the World” international charity contest and it is Alice for Children.

A statement on the club’s official website recalled that the club invited the Rossoneri fans across the globe to learn about six socio-educational projects in six different cities and to vote for the one they felt was most worthy of a donation from the Foundation.

Over 27,000 votes were cast in total and a whopping 53.2% of them went to Alice for Children, a sports project that aims to respond to the needs of girls living in the slums of Nairobi – the capital of Kenya.

The charity will use the money to provide food, clothing and medical and educational support to 2,500 children and the €50,000 prize will support Alice for Children in their activities and the development of the proposed project in a city of five million citizens, 60% of whom live in the 110 slums that surround the city centre.

Franco Baresi, Honorary Vice-President of AC Milan and Fondazione Milan Ambassador said: “AC Milan is a family, which is of course deeply rooted in our local area but also pays close attention to the international community through the work done by Fondazione Milan, who have been working tirelessly since 2003 to promote sport and its values in various social projects throughout the world. It is for this reason that we are proud to support a project as noble as this one, which puts sport at the heart of change and solidarity.”

Rocco Giorgianni, General Secretary of Fondazione Milan, said: “We are proud to see how this contest has played out and the enormous global participation and also to be able to award Alice for Children. Their proposal reflects our ideals of sport as an instrument for inclusion and change, as did all the other projects that will also be supported this year.”