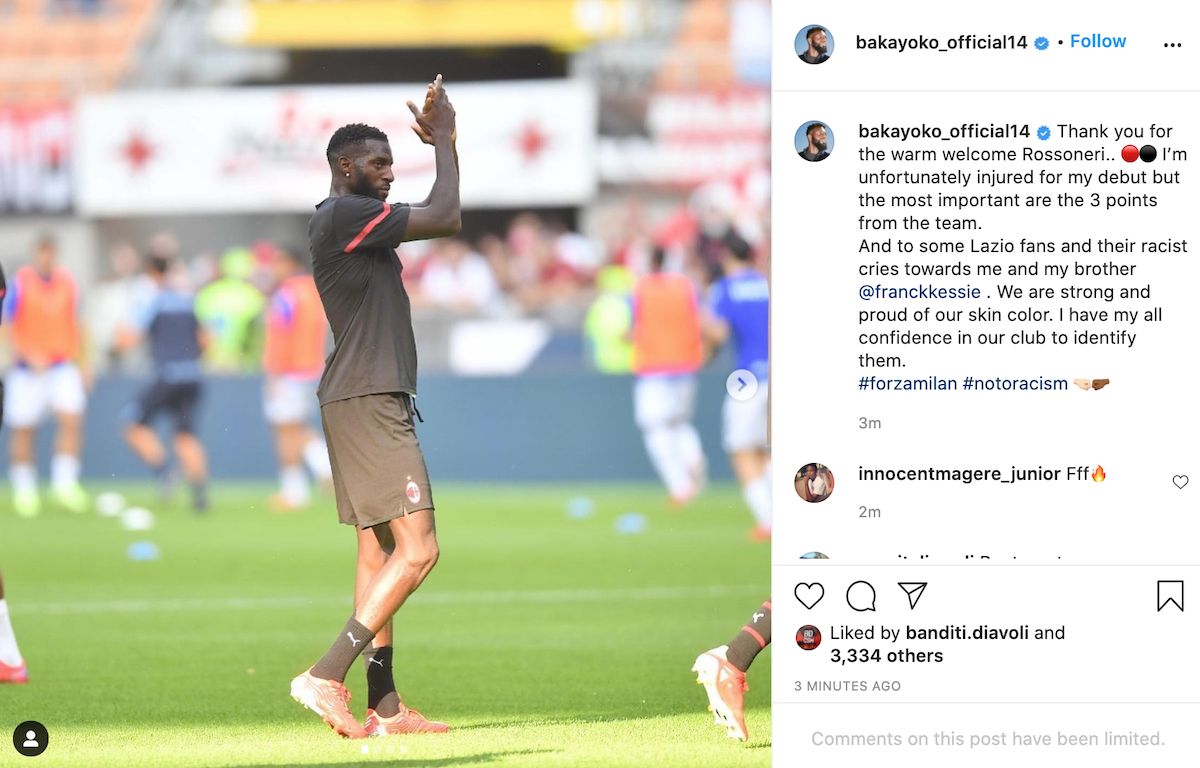 AC Milan are considering taking a complaint to the FIGC regarding the racist abuse suffered by midfielder Tiemoue Bakayoko from Lazio fans.

As Calciomercato.com reports, 15 minutes into the second half of last night’s 2-0 victory over Lazio there was a substitution as Bakayoko came onto the field in place of Franck Kessie. While the Rossoneri fans applauded, shameful racist chants rained down from the sector reserved for away supporters.

“This banana is for Bakayoko,” is the chant that was sung, and it has certainly not been well received by Milan as a club, who responded on social media to the dreadful abuse.

“Regarding the discriminatory chants addressed to our footballer Tiemoué Bakayoko, coming from the guest sector and warned by some journalists and spectators, AC Milan, after the appropriate checks, is considering submitting a complaint to the FIGC,” they said.

It is not the first time that Lazio ‘fans’ have been guilty of directing racial abuse at Bakayoko and Kessie, and it is another huge indication of just how far there is to go in the battle against discrimination.

Bakayoko responded on Instagram: “And to some Lazio fans and their racist cries towards me and my brother Kessie. We are strong and proud of our skin colour. I have my all confidence in our club to identify them.”