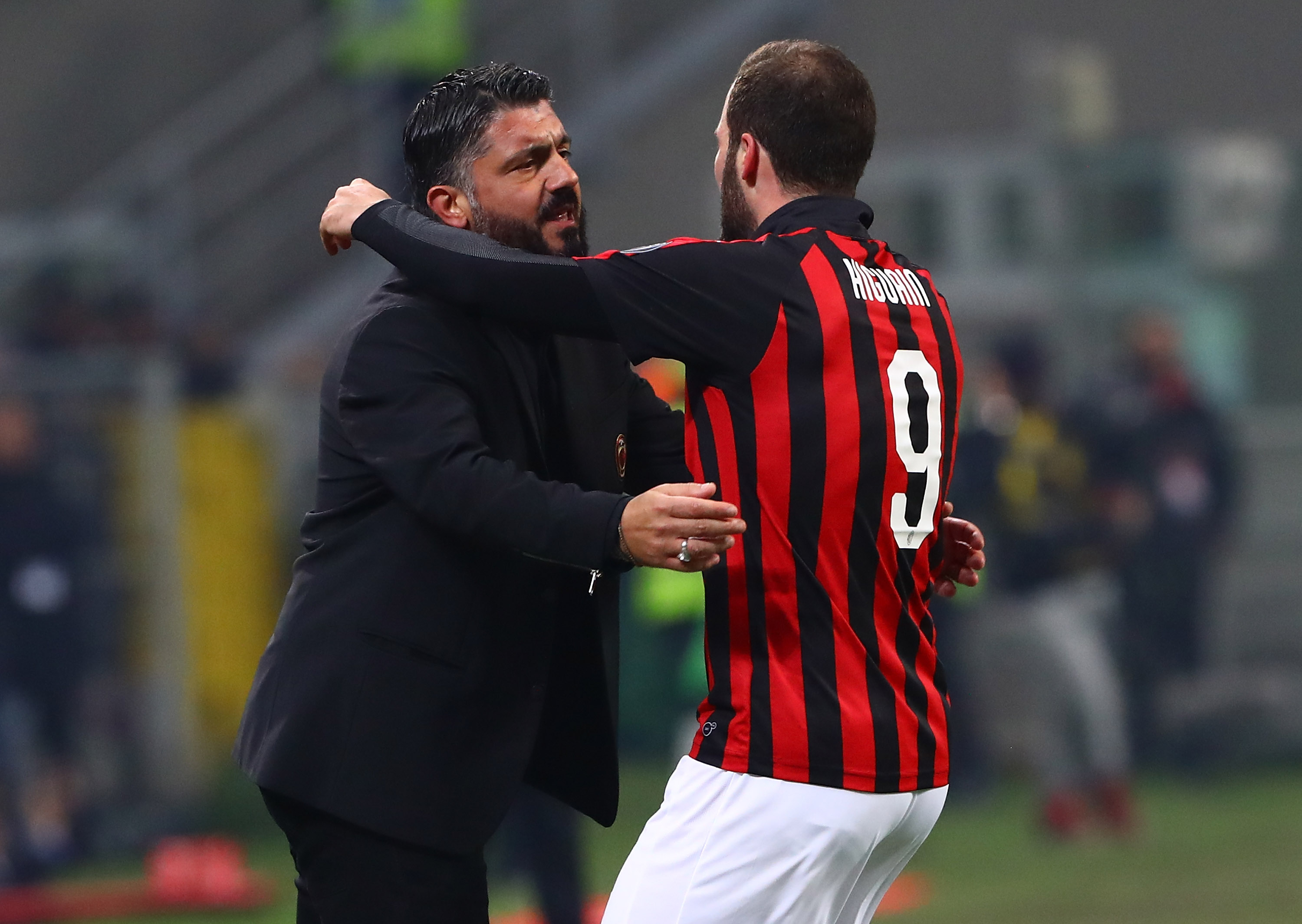 Following the 2-0 win over Sampdoria, AC Milan’s manager Gennaro Gattuso spoke to MilanTV about the future of Gonzalo Higuain, who’s been linked with a move to Chelsea.

“I wouldn’t have let him play if he wasn’t in the right condition. I have a special relationship with him, we tell each other things face to face, there is great honesty,” he began.

Higuain has been heavily linked with a move to Chelsea, as the Blues manager Maurizio Sarri reportedly wants to reunite with the Argentinian. Gattuso certainly fueled these rumours, admitting that he doesn’t know what will happen.

“When a player makes decisions, then it’s also difficult to convince him. You try. Right now, he’s a Milan player and we hold onto him tightly. I don’t know what will happen, we tell each other things face to face and I want this attitude from him,” he concluded.