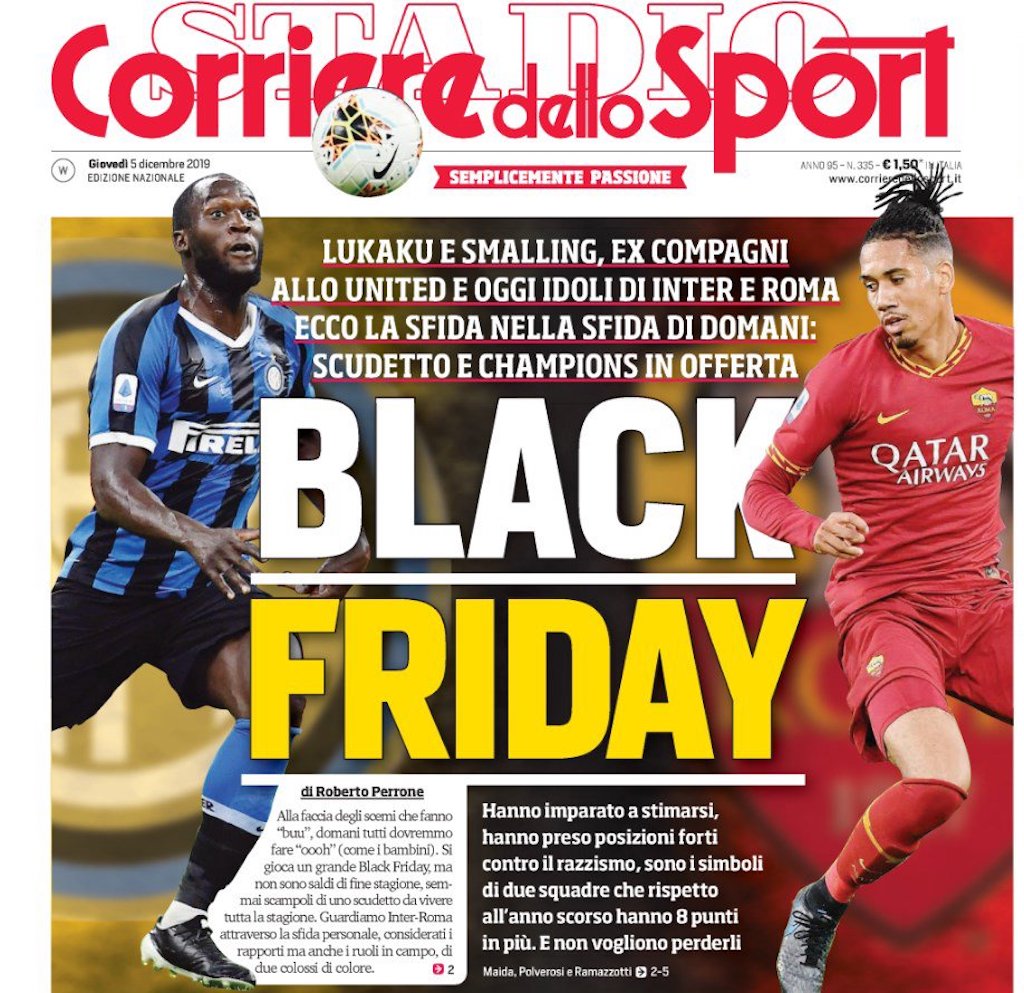 The Rome-based outlet have come under fire for their Thursday edition which shows Inter striker Romelu Lukaku and Roma defender Chris Smalling, along with the title ‘Black Friday’.

The paper have tried to use the angle that it will be a battle of the two ex Manchester United players (Smalling is on loan from the Red Devils) with the two clubs in respective Scudetto and top four battles.

However, the reaction has understandably been furious – especially in light of the recent instances of racism that Italian football has had to tackle.

Milan have now issued their own response to il Corriere dello Sport, stating: “It is totally unacceptable to see such casual ignorance on racism. We will not stay silent on this issue,” along with the hashtag #togetheragainstracism.

It is totally unacceptable to see such casual ignorance on racism. We will not stay silent on this issue…
Non sono più tollerabili superficialità e ignoranza sul tema del razzismo. Non resteremo più in silenzio davanti a questo problema.#togetheragainstracism pic.twitter.com/kxKBP7CVox