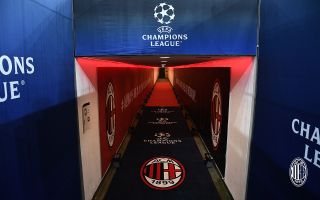 AC Milan’s adventure in the 2021-22 Champions League may have ended after six group stage games, but the club’s accounts will net a nice amount of revenue regardless.

The Rossoneri were defeated by Liverpool at San Siro last night and as such they failed to qualify for the knockout stages, even ending the group stage in last place after losing four of six games, thus also missing out on dropping into the Europa League.

Calcio e Finanza have provided a summary on the money that Milan will get from their UCL campaign. The club gets guaranteed €15.64m from the participation bonus and €17.1m for their historic/ten-year ranking. The first share of the market pool has also been defined based on their position in Serie A in 2020/21, so that is an extra €6m.

The second part of the market pool is calculated on the basis of the results of the other Italian clubs in the competition. In this case, the minimum amount would be €2.7m and then there is the €3.73m results bonus.

Adding up all the prizes, we arrive at a figure of €45.17m and it is worth noting that in the event of qualification for the round of 16 it would have reached around €60m.