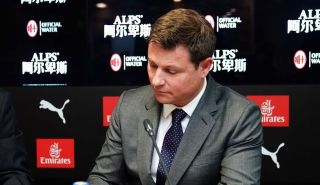 AC Milan’s Chief Revenue Officer Capser Stylsvig has admitted to holding talks with Liverpool regarding getting back to the top of European football.

The Rossoneri – like Liverpool – have spent years in a rut on and off the field, however the latter have managed to claw their way out of it over the past couple of seasons and won the Premier League for the first time in the current campaign.

That of course comes after they lifted the European Cup last year for the sixth time, and it has left Milan’s commercial team feeling envious regarding how they managed to get back on their perch.

A number of partnership agreements have been announced by Milan, the most recent being one with American entertainment company Roc Nation with the aim of forming a ‘unique and tangible partnership driven by innovation, community, integrity and inclusiveness’.

Now, Capser Stylsvig has lifted the lid on how Milan are aiming to draw inspiration from Liverpool for the future.

“We have been talking to Liverpool, Because they’ve been through the same path as we are going through now,” Stylsvig told The Associated Press.

“We’re working very hard to get back to where we should be, and from that perspective, it does help open doors when you have won seven Champions Leagues.

“Playing European football is top of the agenda. It is our natural habitat and somewhere we should be. Four, five years ago, no one considered Liverpool and see where they are now.

“They obviously play very attractive football. They are winning, they have a fantastic manager, a fantastic team and now they are following suit from a commercial perspective. It has taken time, but their model seems to work.”