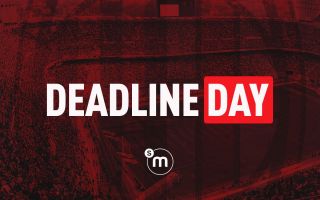 It’s like a game of twister! There has been another turn regarding the future of Samu Castillejo as another Serie A club has come forward with an approach. His response is awaited…

With just over 30 minutes until the window slams shut, here’s a look at the business Milan have completed this summer…

💼 It certainly wasn't a quiet summer…

🤔 How are you feeling about the mercato?

Samu Castillejo will not complete a deadline day move from AC Milan to Hertha Berlin despite reports suggesting the contrary, according to Gianluca Di Marzio. He will stay, as per the latest update.

Bundesliga side Hertha Berlin have found an agreement with AC Milan over a loan for Samu Castillejo, according to a report from Bild. Could Samu get his move? Read more here.

Feeling a bit down about Milan’s deadline day? Carlo Pellegatti is here to tell you the Rossoneri have a stronger squad now than they did last season and that Messias shouldn’t be written off.

Some fans wanted a more well-known profile and one more congruent with expectations both domestically and in view of a return to the Champions League, but the Rossoneri management are firmly convinced by Messias after turning down Isco and James Rodriguez. Read why here.

Milan’s mercato may not be over after all as Napoli director Cristiano Giuntoli arrived at Casa Milan a few minutes ago. According to PianetaMilan‘s Stefano Bressi, Giuntoli arrived at the Rossoneri’s headquarters and it is therefore possible that the Milan management and Napoli will try to set up some last minute operations.

UPDATE: It may have been a Giuntoli lookalike, tweets deleted. Couldn’t make this up.

An imminent arrival just got that bit closer…

✅ Medical complete for Junior Messias, who will now sign his contract at Casa Milan in the coming hours.

Milan made an attempt to try and land Adam Ounas from Napoli before they settled for Junior Messias but they ran into two big problems. La Gazzetta dello Sport have provided the background here.

Milan are working on sorting accommodation for two players on the right flank, namely Andrea Conti and Samu Castillejo, with a contract termination possible for the former. Calciomercato.com reported it, and you can read about it here.

We ought to remember that – as well as Adli and Messias – a third signing should be announced today. Chaka Traore arrived to begin his medical ahead of joining Milan from Parma yesteday.

Daniele Longo of Calciomercato.com claimed that the Serie B side will collect a small compensation sum of around €600k for the teenager, who actually made his debut against Milan late last season aged just 16, becoming first 2004-born player to play in Serie A.

Milan negotiated on multiple different fronts before deciding to settle on signing Junior Messias from Crotone with three other players probed. Calciomercato.com have provided a recollection of the last 48 hours, which you can read here.

AC Milan’s next and possibly their final signing of the summer window will be Junior Messias from Crotone, and the news has provoked a mixed reaction, but there are reasons to suggest he could be a good fit. We looked at his stats.