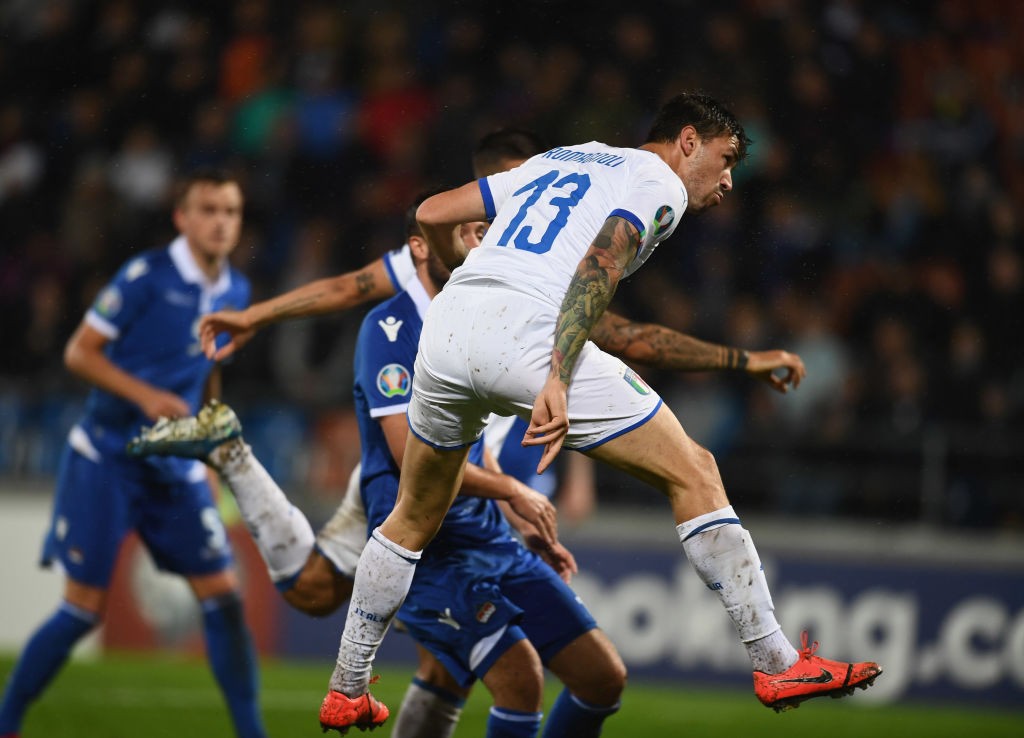 Twelve AC Milan players were called-up for international duty for their respective nations over the October break.

Here, we take a look at how they fared…

Milan’s prized young goalkeeper played all 90 minutes against Greece, keeping a clean sheet as Roberto Mancini’s side won 2-0 and achieved their quickest ever qualification for a major tournament.

He was left out of the squad for the game against Liechtenstein, while Romagnoli came in and played 90 minutes having missed out against Greece.

The Rossoneri captain had a game to remember too as he scored Italy’s third goal in a 5-0 win, which was his first ever goal for the Azzurri at senior level.

Hakan Calhanoglu played all 90 minutes in Turkey’s 1-0 qualifier win over Albania, and came off the bench at half-time to provide an assist in a 1-1 draw against France three days later.

He was in the headlines for the wrong reasons though, performing a pro-Erdogan gesture which has apparently caused a stir among Milan’s leaders.

Rade Krunic is struggling for game time at club level and that appears to be impacting his minutes for Bosnia too. The 25-year-old played just 14 minutes in their 4-1 win over Finland before being an unused substitute three days later against Greece.

Krzysztof Piatek was left out of the starting XI for Poland’s games against Latvia and Macedonia which they won 3-0 and 2-0 respectively, although he did play for a combined 31 minutes, failing to score.

Ricardo Rodriguez had a mixed few days with Switzerland: he started both games and was present for all but three minutes in the games against Denmark (1-0 loss) and Ireland (2-0 win), but he missed a penalty in the latter which would have sealed the game.

Ante Rebic may have seen just over 60 minutes of action for Milan since his arrival from Eintracht Frankfurt, but he continues to be an important player for Croatia.

He registered an assist and played all 90 minutes in Thursday’s 3-0 win over Hungary before coming off the bench for the final 27 minutes of their 1-1 draw with Wales, making a real difference.

Ismael Bennacer played two friendlies with Algeria over the international break and played all 90 minutes in both. The first was a 1-1 draw with DR Congo, and on Tuesday he got an assist in an impressive 3-0 win over Colombia.

There was just one game for Franck Kessie and the Ivory Coast during the break, though it would prove to be a successful one as he played 90 minutes in their 3-1 friendly win over DR Congo on Tuesday.

Lucas Paqueta was unable to find much game time at all for Brazil in their 1-1 draws against Nigeria and Senegal respectively, though he came on for the final three minutes of the latter.

There was just one game for Rafael Leao and Portugal’s U21 side, as he played 80 minutes in a 4-2 defeat to the Netherlands. He didn’t get a goal or an assist.

Capping off the list is Matteo Gabbia, who was called up but left out of the Italy U21 matchday squad for a 0-0 draw against Ireland, before being an unused substitutes in the 1-0 win over Armenia on Monday.