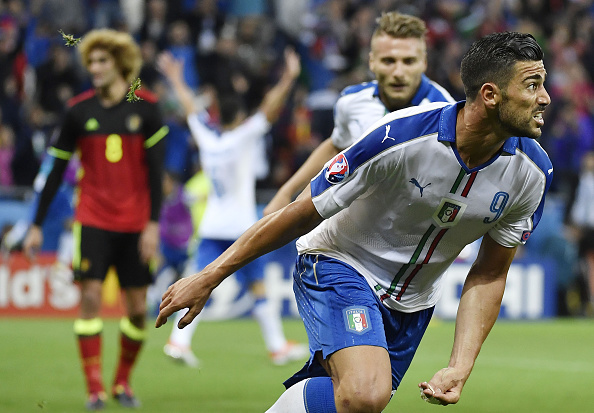 Calciomercato.com reported yesterday that AC Milan are very interested in Southampton striker Graziano Pelle. Despite scoring 14 goals, he isn’t an automatic pick at Saint Mary’s, and is moreover coming off an injury.

Last night’s goal in Italy’s 2-0 win over Belgium in Euro 2016 action may have confirmed his talent in the eyes of many suitors. According to Sky Italia, Everton, West Ham and Besiktas are after the former Feyenoord star.