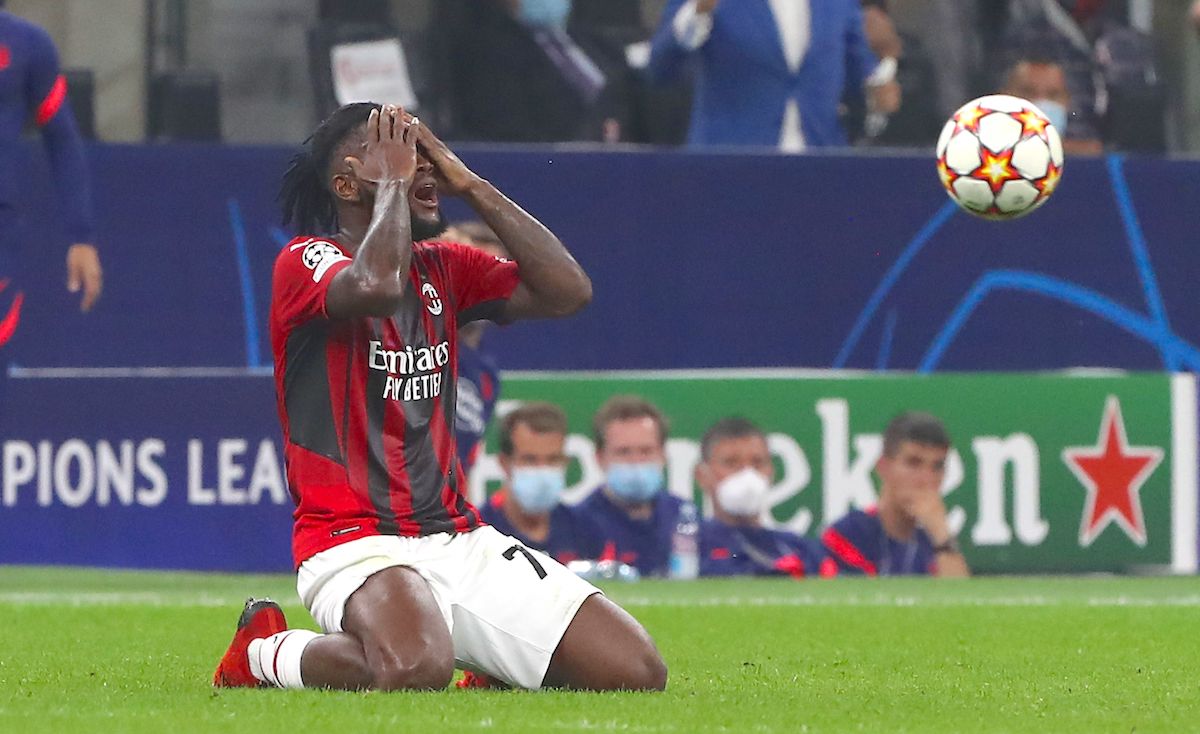 It was always going to be a tough challenge for AC Milan to reach the knockout stages of the Champions League following a daunting group draw.

In a group that included Liverpool, Atletico Madrid, and FC Porto, Milan have held their own and will still harbor hopes of reaching the Europa League knockout stages.

Back in at the deep end

Having last featured in the Champions League all the way back in 2014, it really was a case of being thrown back in at the deep end when it came to their group draw this season. Milan, who are currently 15/4 to win their next Champions League encounter against Atletico, were thrust into a group with some serious title contenders.

Since the arrival of Jurgen Klopp, Liverpool have become a real force in both the Premier League and in Europe. Atletico Madrid entered the competition on the back of being crowned LaLiga champions last season, while Porto have plenty of Champions League experience under their belts in recent years. There have simply been no easy games for Stefano Pioli’s side to pick up points.

Far from being dominated in their encounters, Milan lost their first three outings by a single goal and showed great resilience in all those games. Taking on Liverpool at Anfield is as tough as it gets in Europe right now but Milan held their own before being edged out 3-2 on Merseyside.

It really was a case of an opportunity missed at the San Siro against Atleti, as Milan held a 1-0 lead with seven minutes of the 90 remaining. It was to be heartbreak for the home faithful as Antoine Griezmann and Luis Suarez struck with goals in the 84th and 90th minute to snatch the three points. Fast forward to the two encounters with Porto and Milan suffered a 1-0 defeat on the road before a 1-1 stalemate back on home soil.

Even with Milan at the bottom of the table, there is still plenty to play for in Europe this season. While the Champions League knockout stages are seemingly out of reach, there is still hope of securing a spot in the Europa League.

Milan must travel to Atletico Madrid to face the Spanish champions, before hosting Liverpool at the San Siro. The Premier League outfit have already qualified for the last-16 and Klopp might well be tempted to rest players for the trip to Italy in what is a busy December for the English side.

In a different group, Milan’s performance would likely see them in contention for Champions League knockout football, but Pioli and his players can’t dwell on that.

With the side firmly in the Serie A title race, reaching the Europa League and progressing deep into that tournament would be seen as signs of further progress from the Rossoneri.

It’s exciting times for Milan and hopes of European success this season should not be discounted just yet.