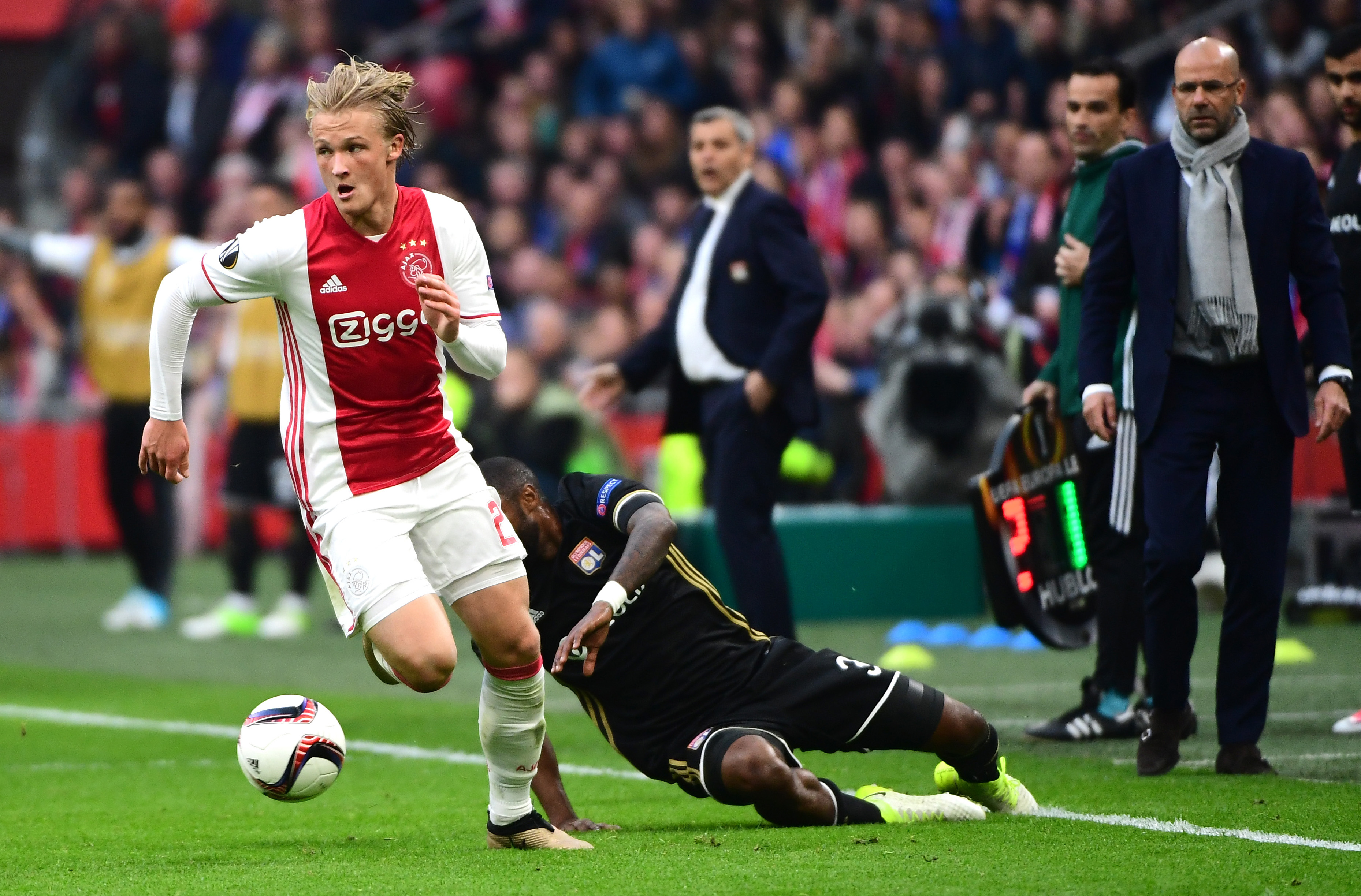 AC Milan have reportedly added Ajax striker Kasper Dolberg to their summer shopping list, but the 19-year-old’s agent has denied any talks.

The 19-year-old has been sensational for Ajax, with 20 goals and 8 assists in 44 appearances for Ajax in competitive games this season.

The Amsterdam club promoted the player to the senior team after the departure of Arkadiusz Milik to Napoli.

His agent told Sports Mediaset that he hasn’t talked to any club from Italy regarding the player.

“I haven’t talked to any Italian clubs yet,” his agent told Sport Mediaset.

Dolberg penned a contract extension with Ajax on May 13, 2016, which sealed him off with the club until 2021. The young talent is said to have a price tag in the region of €25 million.