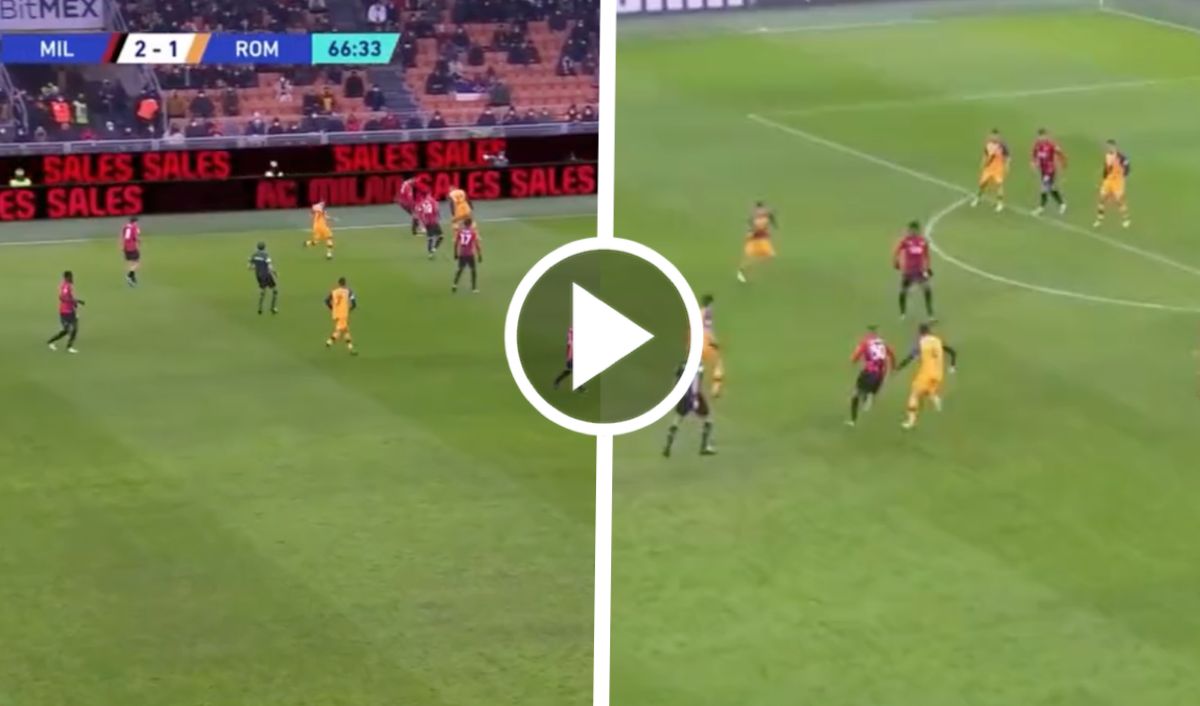 The first is some brilliant play along the touchline midway through the second half as Theo Hernandez, Tonali and Giroud all do fantastically to keep the ball with some one-touch passing in the air. The French striker should have had an assist for his cross to Brahim Diaz deep inside the box.

The second one below is an absolutely masterful piece of sucking in the opposition’s press, as some patient passing around the back four of Theo, Gabbia, Kalulu and Conti – with some passing into the midfield – drew Roma out of their shape and then some quick vertical movement of the ball allowed Tonali to spread it wide.

From there, Messias got his man in isolation and went inside with the ball, playing a one-two with Ibrahimovic before feeding Leao who clipped a lovely ball over the top that should have ended with a goal, but the Swede squared towards Maldini instead of shooting.