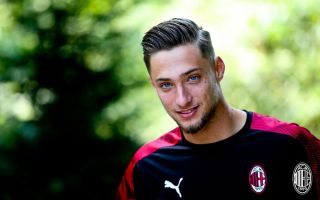 AC Milan have confirmed that Alessandro Plizzari has undergone surgery and is expected to be out for around three months.

On the club’s official website, they announced that Plizzari has undergo surgery today to deal with chronic bilateral patellar tendonitis. Patellar tendonitis is a common injury or inflammation of the tendon that connects your kneecap (patella) to your shinbone (tibia).

The operation was completed by the club’s consultant orthopaedist Roberto Pozzoni at the Clinica La Madonnina under the supervision of club doctor Lucio Genesio and was a complete success.

As mentioned above, his recovery time is estimated to be 12 weeks so he should therefore be out until December. Until then it will be up to the first choice Mike Maignan, back-up Ciprian Tatarusanu and the Primavera goalkeeper Andreas Jungdal.

It is a blow for the 21-year-old, who has spent time on loan at Ternana, Reggina and Livorno.

READ MORE: A 7150-day wait comes to an end – All the key stats ahead of Milan vs. Venezia