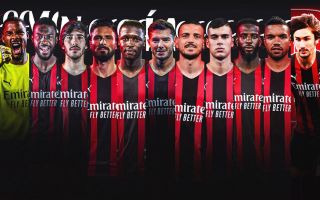 GdS: Milan construct squad with the ideal alchemy – a young team that knows how to win

The Milan management deserve praise for mapping out their recruitment plan and making some bold choices, according to a report.

La Gazzetta dello Sport (via MilanNews) recalls that last season’s Milan were exciting and exuberant but were ultimately too inexperienced and immature to go on and win the league title, hence the difficulties in the second half of the season when the pressure situations really arrived.

This summer players like Alessandro Florenzi and Olivier Giroud arrived to try and address that balance. Paolo Maldini and Ricky Massara made it clear that they wanted to correct the structure of the squad by recruiting champions accustomed to success.

However, the youth project also proceeds full steam as seen through the return of Brahim Diaz, the permanent signings of Sandro Tonali and Fikayo Tomori plus the decision to keep Rafael Leao and continue to trust Alexis Saelemaekers.

Milan are young, but they have now got used to winning. There is the right mix and alchemy in the squad as they continue to play proactive and attractive football that helps the young players learn the right way, but with the veteran presence to help in moments of difficulty.