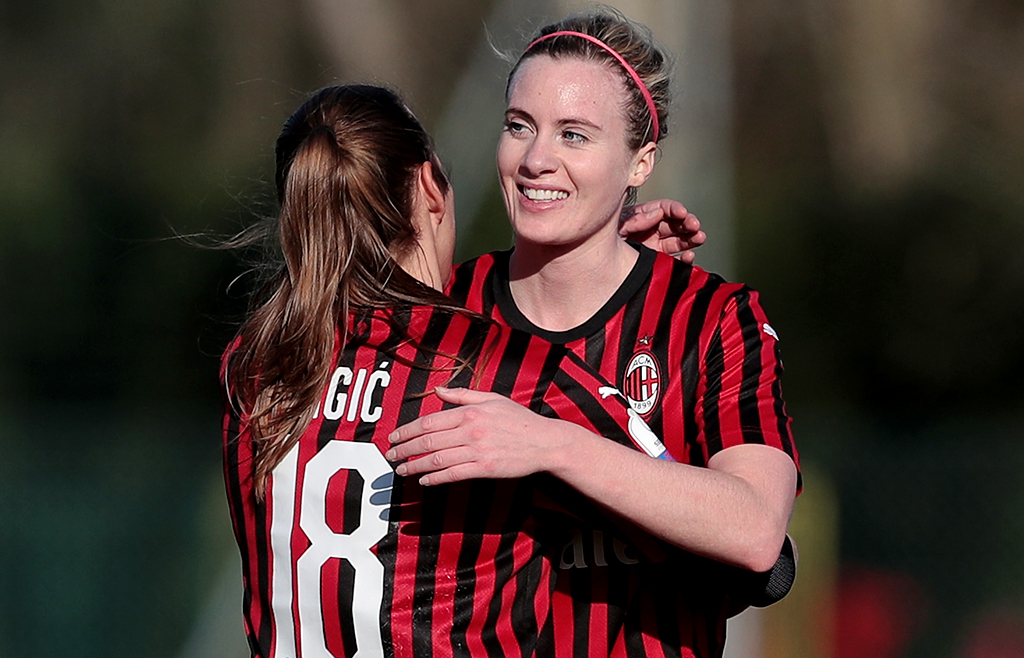 On Saturday, May 9th, AC Milan forward Berglind Björg Thorvaldsdóttir formally announced that she would be leaving Milan to return back home to Iceland.

Grazie mille AC Milan ❤️🖤 I really enjoyed my time here even though it was short on the pitch! #SempreMilan acmilan @ Milan, Italy https://t.co/sBCJMlAD5c

The news came a few days after her coach, Thorsteinn Halldórsson, announced her return via Fotboli. Halldórsson is her coach at her Icelandic team, Breiðabliki.

The move comes as no surprise, as Berglind had previously stated that she would stay at AC Milan until the end of the season. She will now head back home to play in the Icelandic championship (Úrvalsdeild kvenna).

The loss of Thorvaldsdóttir is a major blow for Milan. Berglind is one of Milan’s most prolific forwards. She has scored a total of five goals in five games for the team.

Milan has lost a tall, versatile, and clinical forward. Furthermore, they will have to figure out how to fill the void she will leave behind.

The Resumption of the Serie A Femminile Season

Serie A Femminile is currently suspended due to the ongoing COVID-19 crisis. As per Donne Nel Pallone, a meeting will be held on May 25th to determine whether the league will resume play.

Should the league resume, then the teams won’t start training until June.

The Rossonere are currently second in the league. They are on level points with Fiorentina, but the Viola are ahead on goal difference (five goals).

Milan will have to face the daunting task of trying to overcome this goal deficit without Thorvaldsdóttir.

They will also have to qualify for the Champions League without her. While the challenge does seem insurmountable, it is not in fact, impossible.

The Rossonere will have to muster up all their will in order to overcome these odds. And if anyone is up for the challenge, then it will most certainly be them.